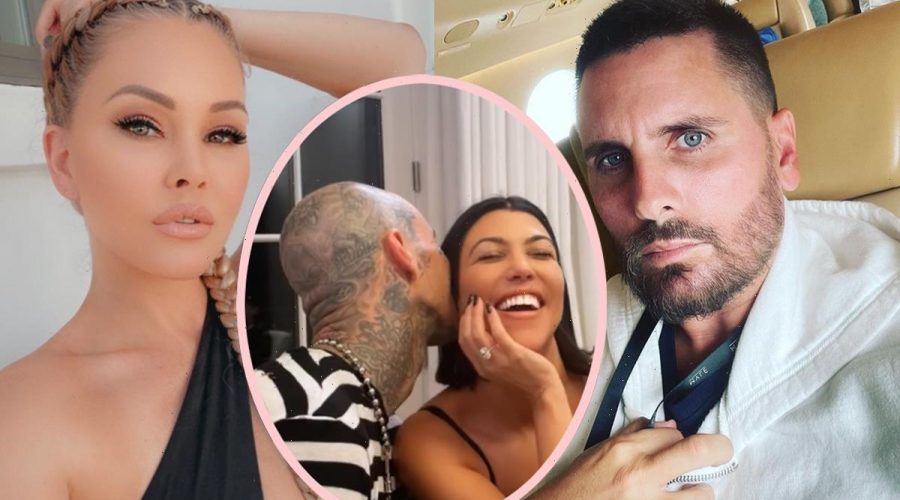 If you somehow missed the question pop heard ’round the world… it finally happened! Kourtney Kardashian and Travis Barker got engaged!

This has been pretty obviously in the air for weeks now. We’re not sure we’ve ever seen a couple more entranced with one another; of course they were going to move to the next level.

And of course Scott Disick was going to be sore about it.

Kourt’s baby daddy and longtime love has been anything but chill with her new relationship. While he hasn’t been publicly bashing Kravis, we all got a peek behind the curtain with those leaked text messages. And despite the inevitability of the PDA party becoming an engagement celebration, the Talentless founder apparently could not brace himself enough for the news of his OTP marrying someone else. According to a source spilling to Page Six it’s already *bad*:

“Scott is going crazy. He’s going to go off the deep end. It’s really bad. It’s about to get dark.”

In all seriousness, it is upsetting to hear it’s that bad. When you hear talk about someone “going off the deep end” or it getting “dark” it’s often hyperbole. But this is someone who just last year went to rehab because he was “spiraling in his thoughts.” He sabotaged his latest relationship with unending bitterness over his ex. He’s never seemed over Kourtney, and this is the first time it has ever seemed official he’ll never have another chance.

Of course, he may not fully have accepted that. According to another insider speaking to Us Weekly, Scott is “absolutely furious” but may still be in the denial phase — hence not being ready to hear the news. The source says:

“He knew it was possible but is very jealous of Kourtney and Travis’ relationship… Scott still thinks that they could call things off before the wedding.”

Obviously it’s possible Kravis could break up; they could be a candle burning twice as bright for half as long. But tbh it’s not looking likely at this point. They seem pretty solid to us so far.

We really are worried about Scott after hearing all this, but at the same time… he’s not a child. He had every opportunity with Kourtney, and frankly he chose not to grow up. He chose 19-year-olds. Still, this is a sour note in the chorus of well-wishes. And it’s not the only one…

Travis’ ex may also be a touch resentful about the news. Shanna Moakler took to her Instagram Stories on Monday morning, just hours after the news dropped and, while she didn’t mention any names or events, she seemed pretty angry. She wrote:

“Tupac once said: Before you ask why someone hates you, ask yourself why you give a f**k”

Huh. She followed that up with something not dissimilar from what we’re hearing about Scott’s reaction: 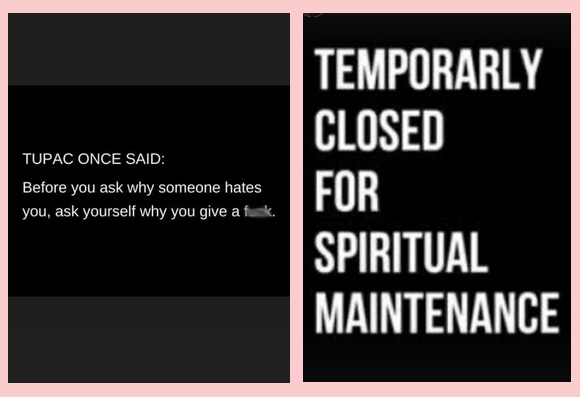 Obviously that could all be coincidence, she didn’t mention the engagement news or relationships in general. But the timing is awfully suspicious if not.

We mean, she has been pretty bitter when it comes to Travis and Kourtney’s relationship, especially certain details about it.