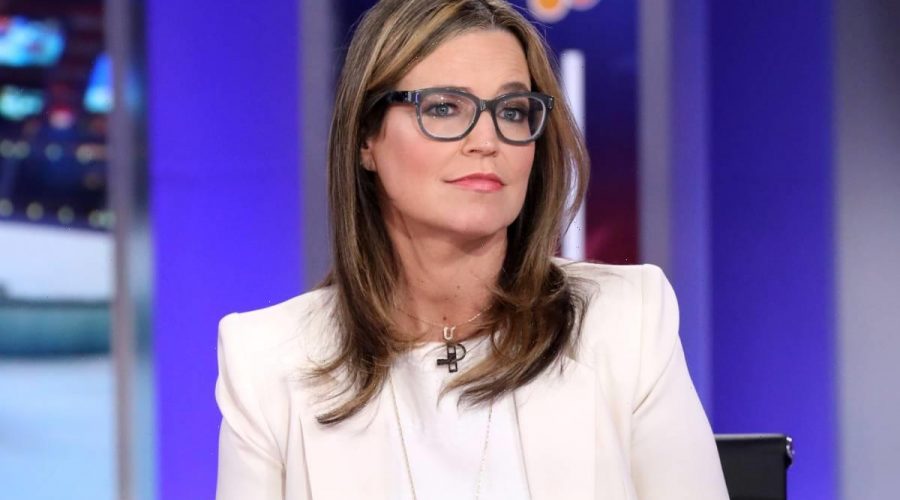 Savannah Guthrie doesn’t keep still for long! Just last week she returned from the Bahamas after a relaxing vacation with her family, and now she’s off again – this time to LA.

MORE: Savannah Guthrie’s absence from Today explained – and it involves her co-star

The Today star shared details from her exciting trip on social media over the weekend, revealing that she’s in Los Angeles for the Oscars.

“Hello LA!” she wrote as she shared footage from her trip so far.

VIDEO: Today’s Savannah Guthrie and her co-stars as you’ve never seen them before

The mom-of-two also made a sweet reference to her co-star Hoda Kotb after finding a sign that read ‘Hodes parking’. “Where’s my @hodakotb at?” she wrote alongside it.

Savannah is not only busy with Oscars hosting right now, but she’s also working on a brand new cooking show with Today called Starting from Scratch “for people who don’t know how to cook.”

The show sees Savannah learn how to cook a new dish by a top chef, and it’s a family affair too – as her children have also starred in the segment.

In a preview of the first episode last month, Savannah told viewers: “I actually don’t know the first thing about how to cook!”

The star announced the news during a live show, and was jokingly teased by her co-star Carson Daly.

The star told his friend: “Good job with your grilled cheese Savannah,” as she replied: “I’m already not getting support!”

Despite the teasing from her colleagues, the journalist received plenty of support from her fans watching. in the preview of the new show, Savannah also revealed that her children would be happy with some of the things she was learning to cook.

The star is a doting mom to children Vale and Charles, who she shares with husband Michael Feldman.

The TV favorite loves nothing more than being a mom and lives in a beautiful home in New York. During the pandemic, she spent the majority of the time working from home so that she could spend maximum time with her kids.