Sarah Sherman is the latest comedian ‘SNL’ has added to their new lineup. Find out more about her here!

As the cast of Saturday Night Live underwent a bit of a shakeup ahead of its 47th season, fans were introduced to a new set of comics ready to take the stage, including Sarah Sherman. The hilarious comedian, who made a name for herself for her outlandish live shows in Chicago, joins the cast along with Aristotle Athari and James Austin Johnson. Find out more about Sarah, aka “Sarah Squirm,” and her journey to the SNL stage! 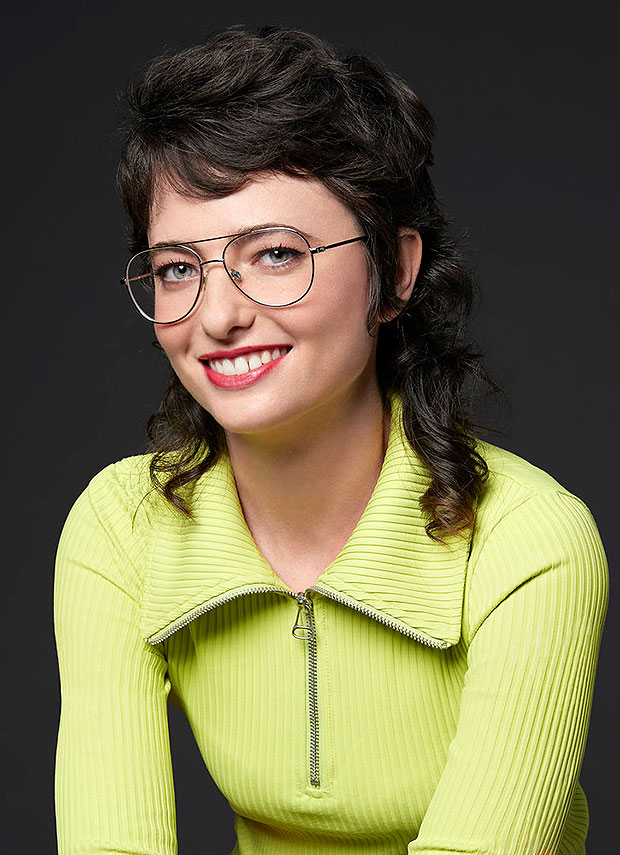 Although Sarah grew up on Long Island, New York, the young comedian and actress transferred to Evanston, Illinois to seek a degree in theater from Northwestern University, graduating in 2015. After graduation, Sarah ventured into Chicago proper to try her hand at comedy, performing at various venues and mingling within the scene.

Chicago is known as a breeding ground for comedic talent, known for bringing up other such SNL players like John Belushi, Bill Murray, Tina Fey, Amy Poehler, Rachel Dratch, and so many more. Sarah’s co-stars, Aidy Bryant and Cecily Strong also got their start in Chicago, with Aidy graduating from Columbia College Chicago and Cecily growing up in and returning to the city to train at the renowned Second City. Sarah definitely benefitted from the city’s resources, hosting standup shows at places like The Hideout, a venue known for its alternative programming, which provided the perfect venue for her subversive material.

“Chicago is an amazing city with amazing stand-up shows, but most shows are the same. I think it’s good for people to go to something that challenges them and what they like while also exposing them to something different,” Sarah once told Rebellious magazine. After years in the Chicago comedy scene, Sarah relocated to Los Angeles in 2019.

Although many find her funny, Sarah isn’t exactly everyone’s cup of tea. “I’m very gross,” the New York native told Rebellious. The comic often supplies content that features video gore, bodily fluids comedy, and other, well, gross stuff. “I was doing stand-up at traditional shows, and then I started doing comedy at a lot of DIY basement noise music shows. There was nothing that married the two. I was yearning for a freaky comedy space,” she continued. “There are freaks everywhere.”

Sarah has been known on the Chicago scene (and elsewhere on tour!) for her funny and grotesque comedy that are often outside the box — but fans keep coming. Sarah is a part of “Helltrap Nightmare,” which describes itself as a “travelling freak show.” Sarah also described the project to Rebellious as a variety show that provided “comedy, noise music, performance art and freaky behavior,” sharing that she liked the idea of a “Pee-wee’s Playhouse horror feel.”

Vice described the surreal show as “grotesque” and noted how her “live-action animation slideshows” are “hideous inventions,” displaying all kinds of weird and wild elements. For Sarah, that’s just how she likes it. “I like the magic of being transported to a different realm,” she told the outlet. “You’re spending $7, and I don’t know what horrible service industry job you have that doesn’t pay you enough, so if you’re paying tickets to go to a show, you better see a show.

In addition to an abundance of live shows with comedy troupes and her own stand-up material, Sarah also has a slew of digital content that’s wildly unique. For Means TV, the comedian created “The Sarah Vaccine,” released in 2021, which was described as a “technicolor COVID nightmare” and featured the “gross” comedy she’s known for. Sarah also made her Adult Swim debut in a special infomercial called “Flyaway” for the network. “If you don’t like things that are scary and disgusting […] you’re gonna have a tough time getting through this video,” Vulture described the short.

We look forward to see what Sarah will bring to the SNL cast!