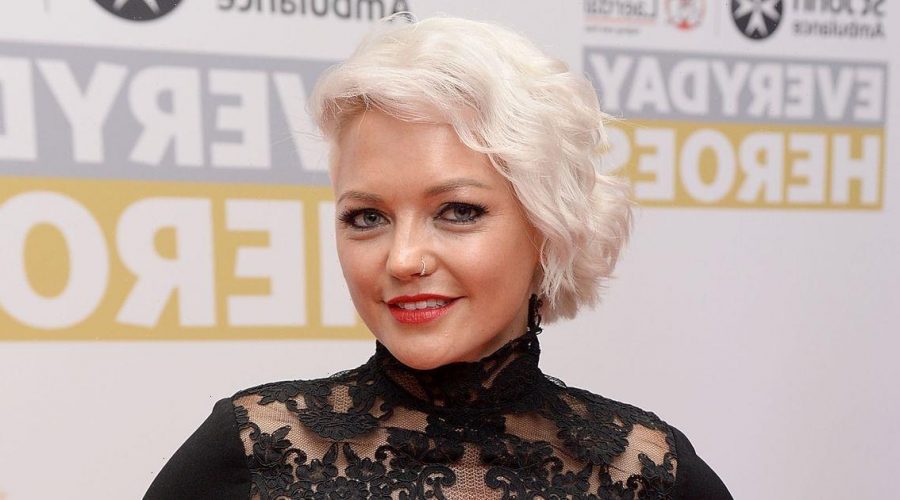 It’s been over two decades since S Club 7 released their last single, but that didn’t stop singer Hannah Spearritt from stealing the show on Wednesday night.

The songstress debuted her stunning new pink hair, as she attended the European premiere of Cirque Du Soleil’s KURIOS on Wednesday night.

Posing on the red carpet at London's Royal Albert Hall, the 41 year old star dubbed her new pastel hue as she celebrated the new Cabinet of Curiosities show.

With the band reuniting later this year, Hannah let out her inner rock chick opting for a black leather jacket, a rose gold dress and edgy high-heeled boots. Since the group disbanded in 2003, Hannah has gone on to build a career as an actress, starring in major productions on both sides of the pond.

She has appeared in horror film the Seed of Chucky, as well as the classic kids’ film Agent Cody Banks 2 alongside Frankie Muniz and Anna Chancellor.

Closer to home, Hannah has become a star of the small screen and is most known for portraying Abby Maitland in the time-slip TV Show, Primeval.

However, the mum-of-two had put her career on hold after becoming pregnant with her first child in 2018.

It’s why fans are so delighted that Hannah will be joining her former bandmates later this year, as they celebrate their 25th anniversary.

The beloved chart-topping band will be perform their greatest hits, including Reach and Never Had a Dream Come True, as they tour later this year.

Fans were even treated to mini-reunion, as singer Rachel Stevens also walked the red carpet on Wednesday night.

The LA Ex singer wore a chic camel coat with a monochromatic black shirt and trouser combo as she attended the launch event.

Stylish Rachel looked sophisticated in her minimalist look and wore bronzy make up, which complimented her caramel coloured locks.

Whilst the pair were all smiles on the red carpet, there may already be issues with their scheduled tour.

According to Time Out, bandmate Jo O’Meara may be unable to perform after the star has suffered from crippling back problems and she undergone four surgeries after suffering from a slipped disc.

Mum-of-one Jo has been left in “horrendous pain” after initially injuring her back in 2002, during her pop heydey.

During an interview with The Sun, she called the injury a “ticking time bomb” and feared that she’d "never dance again" after a recent flare-up.

Thankfully, the 43 year old has been making a speedy recovery and was recently seen running errands close to her home.