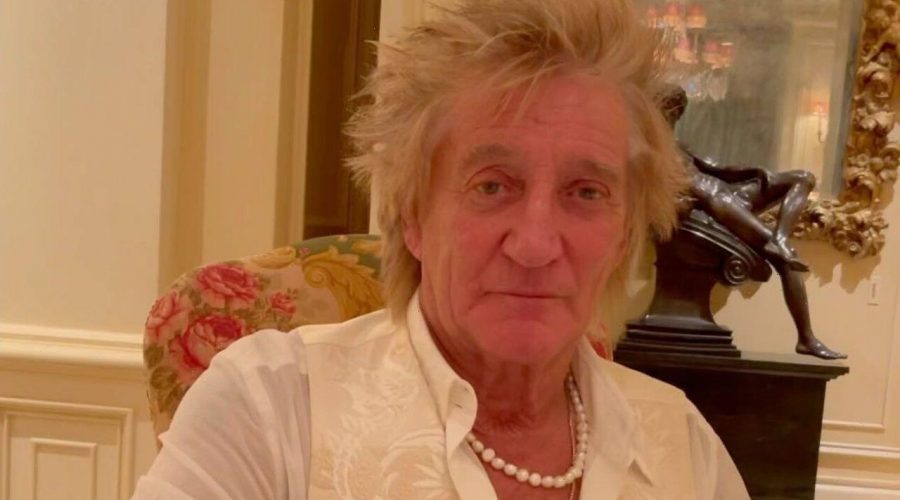 The ‘Maggie May’ singer announces his older brother Don passed away while paying tribute to Queen Elizabeth, saying his sibling died two days before the monarch’s passing.

AceShowbiz -Sir Rod Stewart is saddened by the death of his older brother Don, who he says died aged 94 two days before the passing of Queen Elizabeth. Announcing the news on Instagram and Twitter, the “Maggie May” singer, 77, said his family had suffered a personal loss just before the UK was plunged into mourning for the British monarch, who died on Thursday (08.09.22) aged 96 at her home in Balmoral.

“It has been a devastating 48 hours. We lost my brother Don on Tuesday (06.09.22) at 94 and today we have all lost Her Majesty Queen Elizabeth II at 96,” Dad-of-eight Sir Rod, who is married to his third wife Penny Lancaster, 51, said on the day of Her Majesty’s death.

Sir Rod went on to pay tribute to the Queen in the same post, hailing her as an “unwavering presence” throughout his life and calling her “a great unifier” – like his older sibling.

Sir Rod, who performed at the monarch’s Platinum Jubilee concert in June to mark her record 70 years on the throne, added, “A shining star that will never fade in our hearts and souls. What a privilege it was to perform for her. My deepest sympathies to the Royal Family. God save the King.”

Fans flooded the singer’s social media with sympathy, with many saying he must be “heartbroken.”

As King Charles led the nation in mourning after the Queen’s death on Thursday, the royal said, “The death of my beloved mother, Her Majesty The Queen, is a moment of the greatest sadness for me and all members of my family. We mourn profoundly the passing of a cherished sovereign and a much-loved mother.

“I know her loss will be deeply felt throughout the country, the Realms and the Commonwealth, and by countless people around the world. During this period of mourning and change, my family and I will be comforted and sustained by our knowledge of the respect and deep affection in which the Queen was so widely held.”

The King went on to give his first address as Britain’s reigning monarch on Friday evening, saying in a speech from Buckingham Palace broadcast by the BBC – and addressed to mourners at a thanksgiving service for the Queen at St Paul’s Cathedral, London, as well as millions of viewers worldwide, “I pay tribute to my mother’s memory and I honour her life of service.”

“I know that her death brings great sadness to so many of you, and I share that sense of loss beyond measure with you all.”