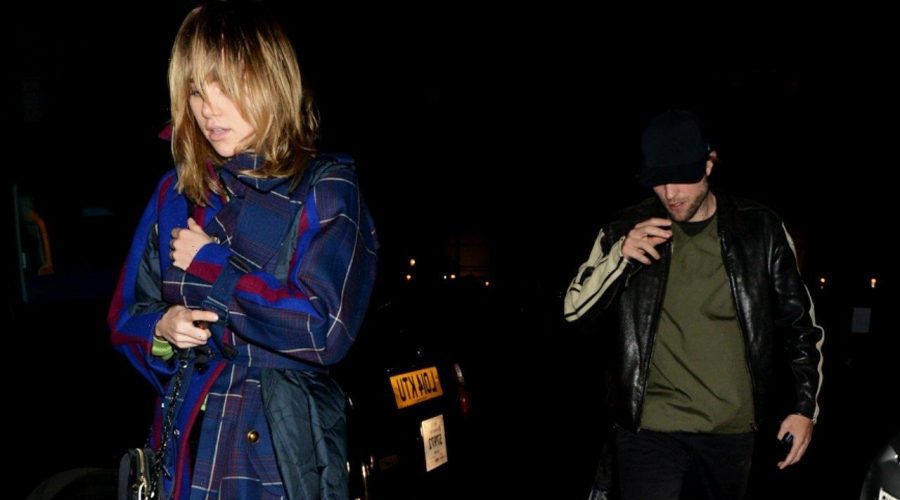 The ‘Batman’ actor and the model hosted a party at the Moxy Hotel in New York City on Saturday night, December 31, and they had a great time together, as they celebrated the start of 2023.

AceShowbiz –Robert Pattinson and Suki Waterhouse were “by each other’s side” throughout New Year’s Eve. The 36-year-old actor and the 30-year-old model hosted a party at the Moxy Hotel in New York City on Saturday night, December 31, and they had a great time together, as they celebrated the start of 2023.

A source told PEOPLE, “Rob and Suki had a great time. He had a table in the corner and was laughing a lot. He and Suki were by each other’s side the entire night. It was a fun evening.”

Robert and Suki were joined at the party by some of their celebrity pals, including Emma Stone, Whitney Peak, Ian Bohen, Mischa Barton and Kelsey Asbille. Robert and Suki have been together for years, but they’ve always made a concerted effort to keep their romance out of the spotlight.

The actor first spoke about Suki in 2019 – but Robert admitted he was reluctant to talk about the model. The Hollywood star – who previously dated Kristen Stewart and FKA twigs – explained, “If you let people in, it devalues what love is. If a stranger on the street asked you about your relationship, you’d think it extremely rude. If you put up a wall it ends better.”

Robert admitted he was reluctant to be too open about his personal life. The actor – who starred in “The Batman” in 2022 – said, “I can’t understand how someone can walk down the street holding hands, and it’s the same as when I do it and a hundred people are taking your photo. The line between when you’re performing and when you’re not will eventually get washed away and you’ll go completely mad.”