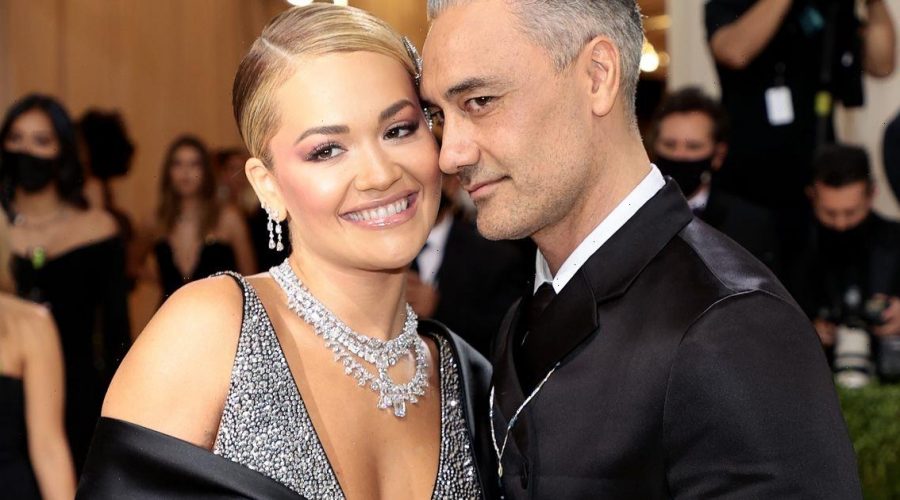 Rita Ora has broken her silence over rumours that she and husband Taika Waititi are in a “throuple” with model and actress Tessa Thompson.

The three raised eyebrows when they were photographed smoking, drinking and looking rather close at a bar balcony in Sydney, Australia.

In the pictures, a very relaxed Taika appears to have his arms around both women.

The photos were taken back in May 2021 – but the three have been dogged by rumours and speculation ever since.

However, Rita, who recently headed to the Golden Globes with her man, has at last weighed in on the matter.

Speaking ahead of the launch of her newest album, the 32 year old singer said: “Have you ever been in a situation where you’ve had a lot of drinks and everyone’s your best friend? And then the next day you’re like: I was talking to this person in the smoking area for four hours and I’ve got no idea who they are.”

Adding that everyone was “letting loose,” Rita was quick to clarify that she and Taika are just friends with Tessa.

She went on to explain that she had remained silent for so long because the accusation was “so ridiculous,” and that she feared “feeding into nothing.”

Taika has also addressed the speculation in an interview with local newspaper the Sydney Morning Herald.

The director, who has directed huge films including Thor: Ragnarok and Jojo Rabbit, asked if the rumours were really a “big deal.”

Continuing, the Marvel director said that he had done “nothing wrong,” and that the rumours were just a result of wild online speculation that would go away quickly.

Taika married Rita, who is now a The Masked Singer judge, in a small summer ceremony in 2022 after two years of dating.

Tessa Thompson, meanwhile, got to know Taika when she scored a part in Thor: Ragnarok alongside stars Chris Hemsworth and Tom Hiddlestone, which Taika directed.

The paparazzi pics that would go on to plague the three were taken during the filming of its’ sequel Thor: Love and Thunder which Tessa returned for.