Rick Astley, 54, who is best known for his 80s hit Never Gonna Give You Up, has opened up about what it was like for him to perform for Take That’s fans on their Greatest Hits tour last year. The pop star admitted musicians often have “massive egos” in the music industry, including himself.

We’ve all got massive egos

It was Rick’s first time opening on stage for Gary Barlow, Howard Donald and Mark Owen.

After the star was asked what it was like touring with Take That, he said it was “pretty amazing”.

He continued in an exclusive interview with Express.co.uk: “I know the guys a bit, I know Gary most and I know what their fans are like. I’ve been to quite a few of their gigs over the years, to be honest from when they started.

“We were on the same record label when they started and then they obviously became massive.” 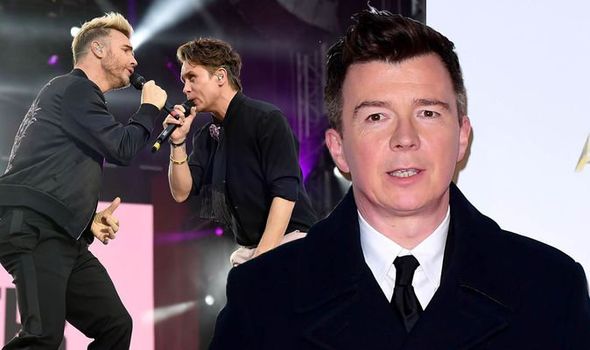 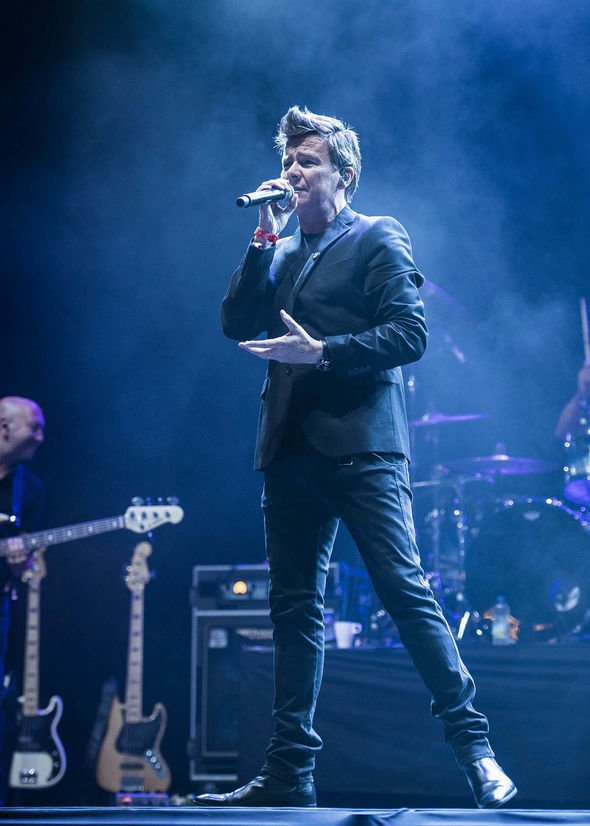 Rick went on to reveal why it is a “scary thing” to perform for another artist’s audience.

“I know what their fans are like, and I knew it would be okay to go and play – it is quite a scary thing playing in front of somebody else’s audience,” he said.

“But I know they’re pretty good people the people that follow them and they were amazing as a band and their crew, they were really good to us.”

The star then opened up further: “You hear horror stories, sometimes people are supporting and loads of people getting treated really badly and everything. They have the absolute opposite of that. 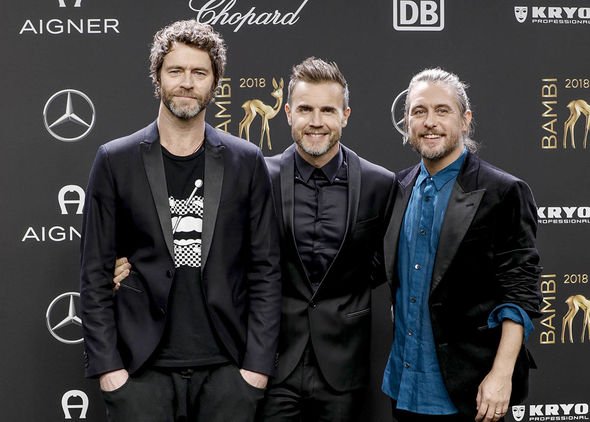 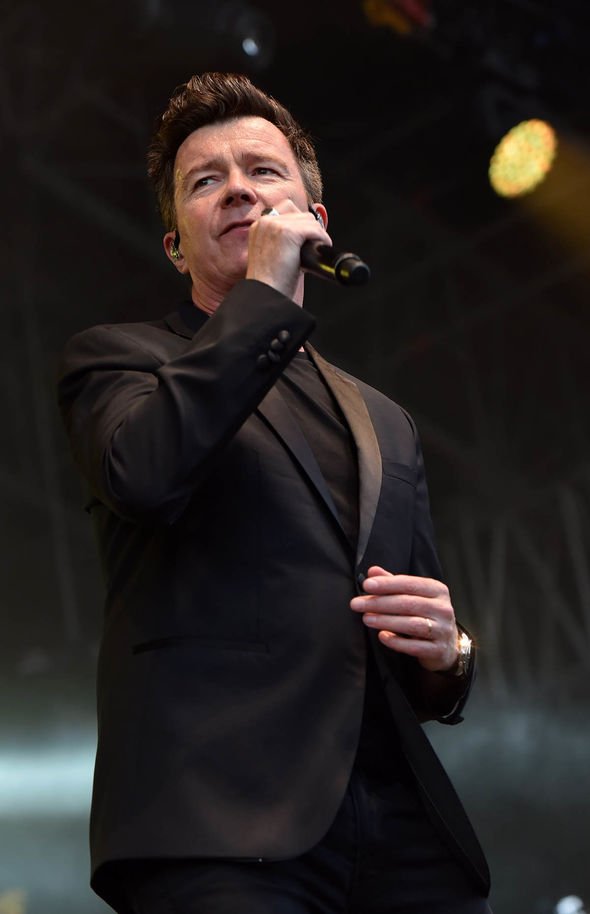 “They can kind of afford to sort of be gracious because they’ve got this massive career.”

Reflecting on the experience, Rick then admitted how everyone seems to have “massive egos”, which he says “isn’t normal”.

“It’s always a bit weird because we’ve all got massive egos to be fair, we can all pretend we’re all nice normal people,” he claimed.

“But no, it’s normal. If you get on the stage in front of people that’s not normal.”

DON’T MISS:
Andrea McLean speaks out after losing job to someone ‘better looking’ (LATEST)
Emmerdale’s Zoe Henry admits ‘we’d all but given up’ in home life post (INSTAGRAM)
Louise Minchin knew ‘something was up’ with BBC Breakfast co-star (TWITTER)

He said: “There’s something in you that that’s driving you within your ego and you’re what you’re doing, so I think we had a really lucky break there.”

Rick went on to admit that some people get to a point in their career where they think they can treat those who support them badly.

He added: “There are people who get to that point in their career, and they just treat everybody else like dirt and ironically, there are some people who can support people who go around treating people [like that].

“So it’s just a weird world sometimes. So it was a pretty amazing tour for us to get – it was a really nice tour to be on.”

Rick revealed he and his band ended up playing in front of 40 to 50,000 people a night, which he said was “amazing”.

He even mentioned that he has adopted some fans from Take That after they saw him perform last year.

“We’ve had a really good reaction from them. They’ve started to follow me a bit with different Instagram things and stuff and every now and again, I’ll see somebody who I know is a Take That fan in the front row of one of my gigs, so that’s kind of really nice,” he revealed.

“Yeah, they’ve sort of adopted me a little bit.”

10/11/2020 Celebrities Comments Off on Rick Astley talks ‘massive egos’ after supporting Take That on tour: ‘We can all pretend’
Recent Posts
We and our partners use cookies on this site to improve our service, perform analytics, personalize advertising, measure advertising performance, and remember website preferences.Ok