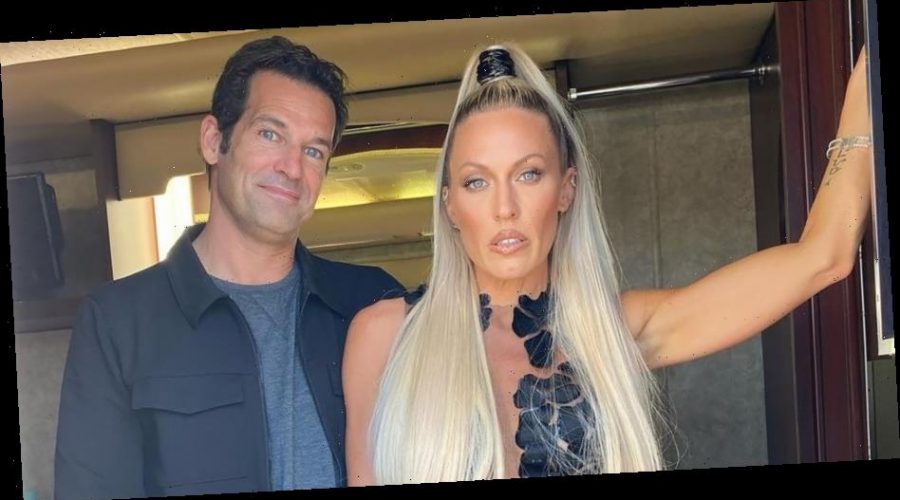 Real Housewives of Orange County‘s Braunwyn Windham-Burke opened up about her sobriety and new girlfriend in an Instagram Q&A on Saturday, January 2, and said that she’d be “heartbroken” if husband Sean Burke began dating someone else.

The Bravo TV star, 42, who revealed in December that she is gay, was asked when she knew she was “lesbian not bisexual.”

“I had my first sober experience with someone I care about (alone) and I came home and told Sean…ya, I’m not straight,” Windham-Burke, who’s been candid about having threesomes in the past, wrote in response to the question. “It was like ‘So this is what it’s supposed to be like.’”

Former ‘RHOC’ Stars: Where Are They Now?

Braunwyn and Sean are still married and previously said they don’t plan to divorce. She said on Saturday that she has no idea if they will stay married but they’d “like to.”

While she is dating a 28-year-old woman named Kris, who she sees twice a week, Braunwyn admitted she would “be heartbroken” if and when her husband dates someone else. Sean, who was sitting in bed next to his wife as she answered the questions, chimed in that he would “probably” date other people, adding, “Don’t know when, though.”

When another fan asked if he’s hurt by his wife having a girlfriend, he admitted, “Yeah, it kinda sucks cause it’s hard, figuring it out.” He added that he is taking things “one day at a time.”

Another follower asked Braunwyn if she felt it was hypocritical to have a girlfriend but not want Sean to have one. She replied, “That’s why we’re in therapy. We are working through this. We can’t figure this out on our own. This is a lot … This is hard and we’re working it out.” She added that she is “kind of a jealous” person and “this is actually the biggest thing we’re working on in therapy.”

She responded to a question from a fan about which housewife her husband should date: “Based on looks, probably the new housewife in New York, Eboni [K. Williams]. … But based on personality, I mean, he likes fun people that are crazy and say whatever … someone like Brandi [Glanville] or Leah [McSweeney].”

“I don’t own Sean,” Braunwyn clapped back at suggestions she is being very selfish. “I’ve been like, ‘Go do whatever you want.’ Sean wants to be here. He wants to be with the kids. We are a family so this isn’t anything I’m doing, it’s where we are right now.” She also revealed that she and her husband sleep on separate floors of their home.

Braunwyn and Sean have been married for 20 years and share children Bella, 20, Rowan, 18, Jacob, 15, twins Caden and Curran, 7, Koa, 4, and Hazel, 2. She admitted that Bella “is having a hard time” with her mom coming out and still living with Sean. “The little ones don’t know,” She added, “and Rowan and Jacob are happy. We’re happy.”

01/02/2021 Celebrities Comments Off on RHOC's Braunwyn: I'll Be Heartbroken If Husband Sean Dates Someone Else
Recent Posts
We and our partners use cookies on this site to improve our service, perform analytics, personalize advertising, measure advertising performance, and remember website preferences.Ok