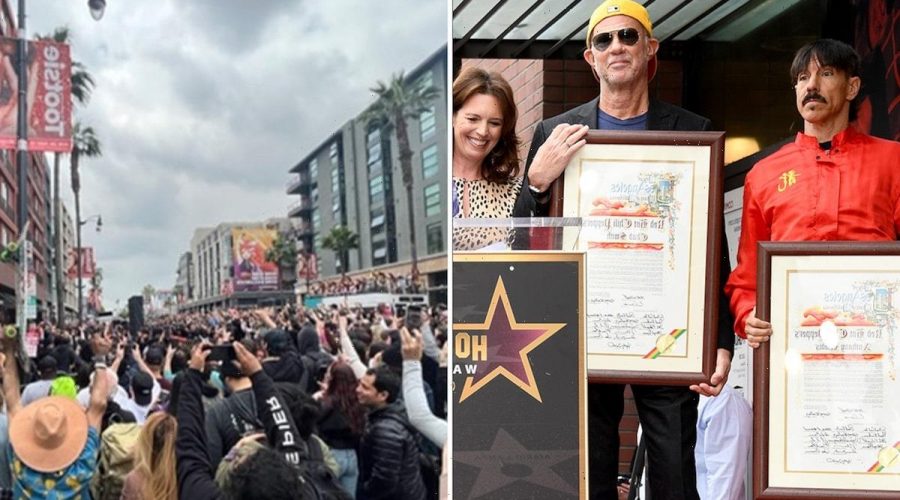 The Red Hot Chili Peppers are feeling unlimited love from their fans … folks are flocking to the ceremony for the band’s Hollywood Walk of Fame star and the scene looks insane!!!

RHCP is being honored as we speak on Hollywood Blvd … and it’s causing such a ruckus the city decided to shut down the famous street to traffic. 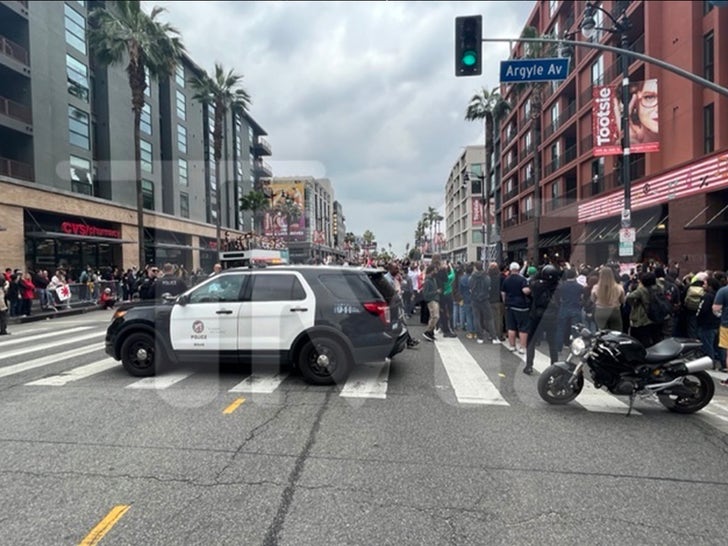 Flea, John Frusciante, Anthony Kiedis and Chad Smith are a huge draw … there’s a huge throng of RHCP people crowding around the new star, plus a ton of cameras and a heavy police presence.

The Hollywood Chamber of Commerce looks like it’s busting out all the tricks for this ceremony … hiring the USC marching band and song girls to provide entertainment to those milling around on the streets. 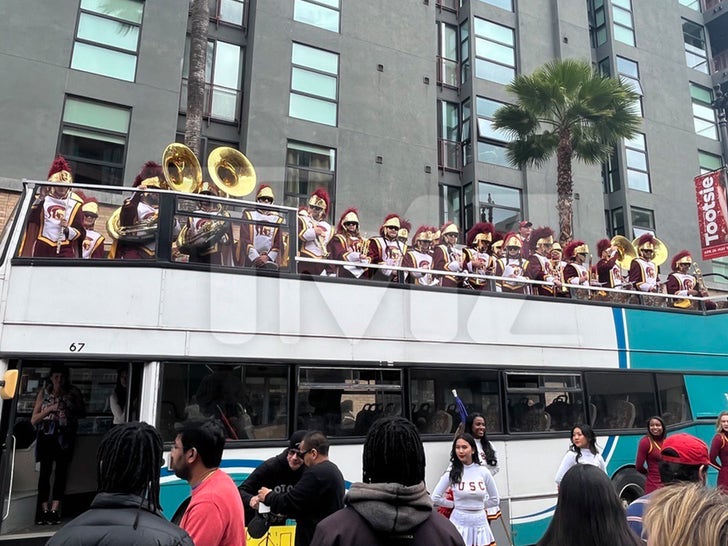 The Chilli Peppers are still huge in Los Angeles … the band formed here way back in the 1980s … and they’re still super relevant. Flea is a fixture at Lakers games and other L.A. sporting events, and RHCP is about to release its 12th studio album, “Unlimited Love.”

Congrats on the star!!!