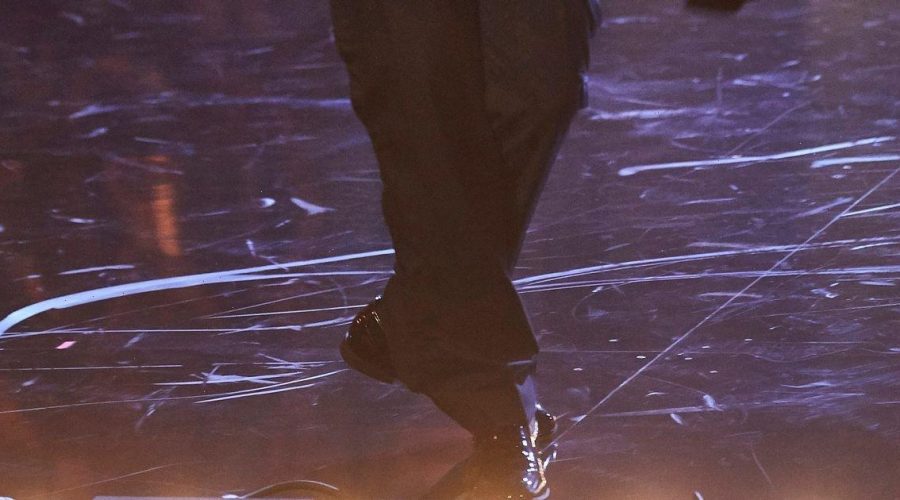 Love Island star Teddy Soares said he loved walking around the house naked as he appeared in the all-new Strictly The Real Full Monty.

However, Teddy, 26, also shared how he felt self-conscious ahead of stripping off for charity in the two-part celebrity special, which features an all-star line-up who are daring to bare all in the name of a good cause.

The show follows ten famous faces as they take on a routine inspired by the famous strip scene in the 1997 Full Monty film and raise awareness of life-saving cancer checks in the process.

The first episode, which aired Tuesday 13 December, saw the celebrities preparing to take part in the daunting routine.

After receiving a tiny leopard-print thong to wear during the show, Teddy laughed in disbelief and said: “Safe to say I’ve never put on a thong before… I’m gonna feel like Borat at the end of this.

“I mean in terms of being naked, I love walking around the house naked."

"But now I have to be a shower not just a grower," he laughed.

Each of the stars has their own story to tell of how cancer has affected their lives and fans were moved to tears during the show when Teddy opened up about losing his dad to cancer when he was just 13.

Speaking with James, who earlier in the programme had opened up about dealing with his own grief since his dad passed away in March, Teddy confessed: “Thanks for doing that because it was so powerful and it just reminded me of when I was younger.”

The reality star continued to speak of his own painful experience, going on to recall growing up in a house where his dad was secretly battling the disease.

He explained: “My first memory of my dad was when I saw one of those cardboard bowls that you get in a hospital and I would always hear him throwing up in it. That’s what sticks when I think about my dad being ill with cancer.”

Teddy then told James: “We didn’t actually know at the time that he had cancer. I initially thought that he was just sick.”

And emotions ran extremely high as Teddy recalled seeing his dad for the very last time.

He said: “We were sat down speaking to my dad and he was telling us how much he loves us and how much we need to continue to respect my mum and treat her like an absolute Queen.”

The star, who revealed he wears his dad’s gold chain all the time, concluded: “Every single day and everything that I do, my dad is always in the back of my mind.”

“I wear [his chain] every single day because I can actually feel some part of him is still with me.