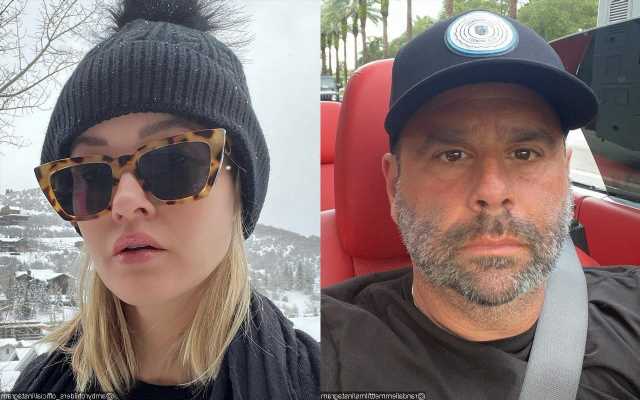 Making use of his Instagram account, the 51-year-old Hollywood producer slams his ex-wife Ambyr Childers over the claims that he’s under FBI investigation for child endangerment.

AceShowbiz –Randall Emmett has spoken out against claims that he’s being investigated for pedophilia. Making use of his Instagram account, Randall slammed his ex-wife Ambyr Childers over the claims and accused her of lying.

“I am at a place where I felt I had to come on and here and say something that actually was the truth,” Randall said in a video on Friday, January 6. “The things that have been said about me – everything under the sun, you know, ‘narcissist,’ cheater’ – but at the end of the day, I took the high road because I have three beautiful girls that I didn’t want to be out there.”

The “Midnight in the Switchgrass” producer added, “I’ve been a dad for a long time. I have custody of all my children, and I have custody of all my children because I’m a good father and I’m a good person.” The Florida native, who also shares 21-month-old daughter Ocean with ex-fiancee Lala Kent, continued, “At the end of the day, that is what is the most important thing. At the end of my life, no matter what happens, I’m going to look my three daughters in the face [and] they’re going to know their dad was a great father.”

“At this point, the lies have been stretched so far,” he said. “We spent today getting confirmation because we knew there was no truthfulness to any of this, that the FBI has never been investigating me and isn’t investigating me because there’s nothing to investigate. Unfortunately, in this culture, you can just say whatever you want and then it gets written about and then that’s considered ‘truth’ in this cancel culture.”

The new post arrived after it was reported on the same day that Ambyr received a temporary restraining order against Randall for alleged child endangerment. The producer was ordered to stay at least 100 yards away from the “You” alum nor contact her unless it is a “brief and peaceful” conversation about co-parenting their daughters.

The “Ray Donovan” alum initially sought a protective order last year after claiming an FBI agent had contacted her about Randall’s “suspected activities with child exploitation and pedophilia.”

This wasn’t the first time for Randall to shut down the FBI investigation claims. “The Irishman” producer previously denied the allegations in a statement. “I am not being investigated by the FBI nor anyone else, and the notion that I am is beyond absurd,” Randall told Page Six.

“Anyone can say whatever they want in a pleading,” he continued. “That doesn’t make it true. There is zero evidence that I’m being investigated for anything, and we still share 50/50 custody of our children. I am shocked and in utter disbelief that Ambyr would even hint at something so disgusting and untrue.”

01/09/2023 Celebrities Comments Off on Randall Emmett Accuses Ambyr Childers of Lying, Denies Being Under Investigation for Pedophilia
Recent Posts