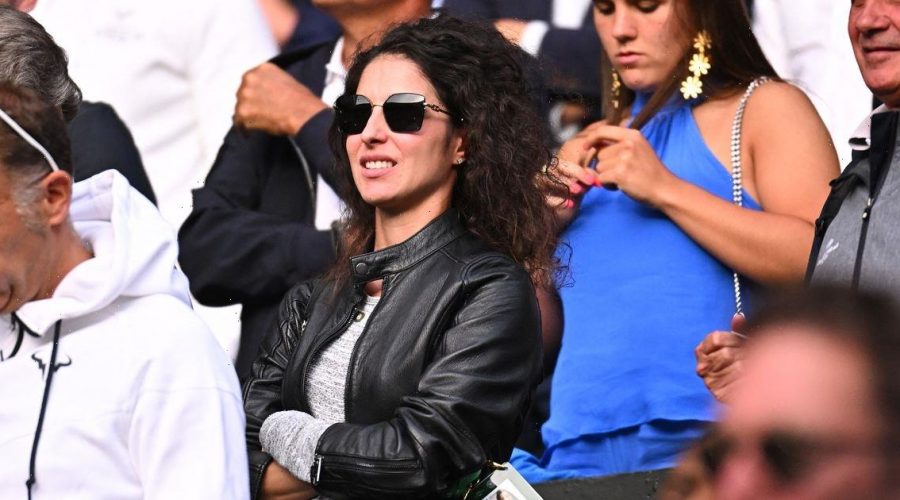 Rafael Nadal's wife, Mery Perello, has showed off her baby bump for the first time as she supported her husband at Wimbledon.

The Spanish tennis player, 36, beat American Taylor Fritz in the quarter finals of the Wimbledon Championship to get into the semi-final against Australian, Nick Kyrgios.

The couple have had plenty to celebrate this year, with Rafael's recent Grand Slam wins in Australia and Paris, alongside the fact they are expecting their first child together.

Showing up to support Rafael at the quarter finals, Mery – who is also known as Xisca – showed off her baby bump for the first time in public.

Wearing a grey T-shirt, a black leather jacket and a pair of sunglasses, the childhood sweetheart of Rafael looked glamorous and calm – despite a difficult match for her husband.

Speaking last month, Rafael – who is currently ranked fourth in the world – confirmed he would appear at the Wimbledon tournament for the first time since 2019, as well announcing he was expecting his first child.

He told reporters: "If all goes well, I'm going to be a father.

"I'm not used to talking about my private life. We live calmer with a lower profile. I don't expect that my life will change much with it."

The pair have been together for 17 years, with Rafael and Mery marrying in October 2019 after 14 years together.

It was up in the air whether the Spanish tennis ace would be able to take part in this year's Wimbledon Championship, with him being pictured on crutches shortly after winning his 14th French Open earlier this year.

But after treatment, he was given the go-ahead and flew to London to take part – and is now one of only four players left in the men's singles competition.

At the press conference in Majorca, reported by Marca, Nadal said: “My intention is to play Wimbledon. The treatment and the week of training give me hope, and I wouldn’t go if I had no intention of playing. I will travel, play an exhibition at Hurlingham and do a week of training to see if it’s possible.

“Changes are immediately noticeable. Somehow the joint pain that did not allow me to support myself has decreased. I’m happy. I haven’t been limping for a week.”

He continued: “I haven’t played Wimbledon for three years and I’m excited. I don’t know what can happen in five days, I’m cautious, but what has happened so far gives me hope that I can be present.

“Playing Roland Garros well helps my confidence level, but grass is a different surface. I haven’t played on grass for three years and it will be difficult. The first rounds will be crucial. If you pass them, the opponents, they are more difficult, but you play with more security.”

So far, Nadal has performed strongly in his matches – with his toughest competition being against Taylor Fritz on Wednesday.

In the hotly-contested match, Nadal found himself down two sets to one against the American, but fought hard to come back and win 3-2.

Wimbledon semi-finals continue until the grand finale on Sunday 10 July.