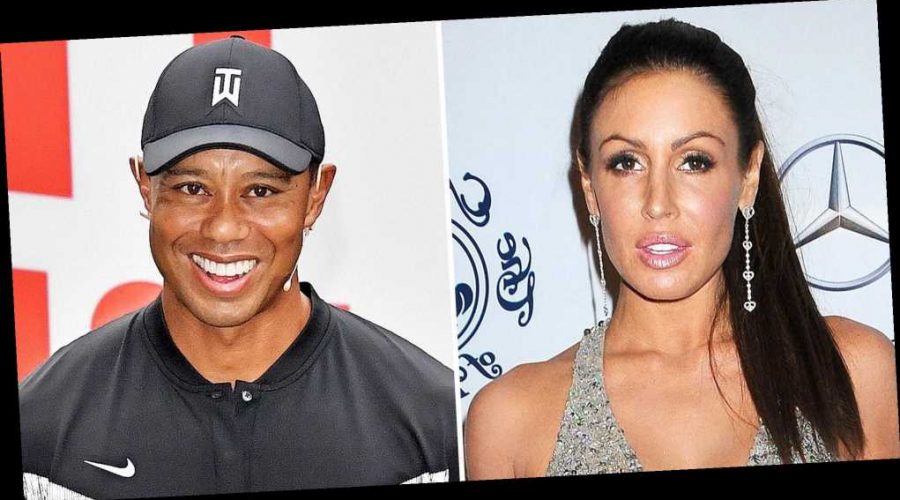 Getting real. Rachel Uchitel is opening up about her relationship with then-married Tiger Woods 10 years after it first made headlines.

Stars Who Have Bared Their Souls About Their Struggles

Woods, 45, was married to Elin Nordegren when he was was accused of having affairs with multiple women, one of whom was Uchitel, now 45. The allegations led to the golf pro seeking treatment for sex addiction and the scandal ended his marriage of six years. Looking back on her romance with Woods, the Alaska native tells Us Weekly exclusively that she showed signs of a “love addiction” in her past.

“I will say that that is a very real thing that I think people don’t have awareness about. It’s where people mistake intensity for love and people sort of look to someone else to gain credibility for not feeling credible inside,” Uchitel explained after the first episode of HBO Max’s Tiger documentary premiered on Sunday, January 10. “Something about myself, which I hope people can understand is that when somebody of a high caliber looks at you and as everyone else wants to know that person, and that [person] only wants you, that’s the ultimate kind of credibility for yourself … And how do you say no to that?”

Uchitel admits she “got wrapped up” in the attention she received from Woods and that she “suffered from low self-esteem” as a result of past “trauma.” The first time she learned about the idea of a love addiction — and began to spot the signs of it in her past relationships — was with the help of Dr. Drew Pinsky on Celebrity Rehab With Dr. Drew in 2010.

Tiger Woods’ Doc Revelations: What We Learned About His Marriage and More

“He said, ‘You are a love addict.’ And I was like, ‘That is a joke.’ I’m not going to go into rehab with people that have real addictions, like heroin and alcoholism or whatever, and say that I’m a love addict,” she told Us. “And he was like, ‘Come on my show, you have a problem,’ and I did it. … This was a reality show where cameras followed you, but this was rehab. And … it was brought into the light for me, what love addiction was, and that I really suffered from it.”

Before she confronted the issue in her relationships, Uchitel “kept having these really traumatic experiences that had to do with men.” When she was 15, the former nightclub hostess lost her father to a cocaine overdose. Before her affair with Woods became the subject of intrigue, Uchitel was featured on a 2011 cover of the New York Post holding a picture of her late fiancé, Andy O’Grady, who died in the September 11 terrorist attacks. Her time in rehab helped her reckon with the patterns in her life that contributed to her addiction to love.

Celebrity Couples Who Stayed Together After Cheating Scandals

“It was very enlightening to me. So, I got a lot of help from that and then from there, I really did a lot of work,” she told Us of her path to healing. “It’s been really hard for me and my present relationships. I have to watch myself very closely because as a recovering addict … I have to constantly watch who I’m getting into relationships with, hence why I’m not married. I keep falling into traps of, you know, either [relationships] that are just maybe [the] wrong timing or people that are not the right people for me at the, at the right time.

01/12/2021 Celebrities Comments Off on Rachel Uchitel: I Suffered a 'Love Addiction' in Tiger Woods Relationship
Recent Posts
We and our partners use cookies on this site to improve our service, perform analytics, personalize advertising, measure advertising performance, and remember website preferences.Ok