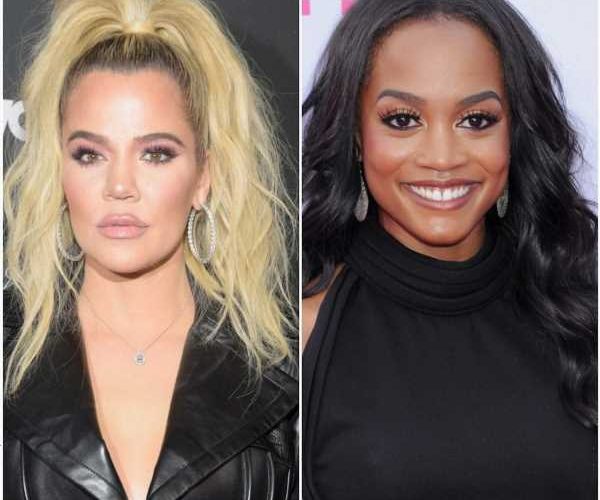 Rachel Lindsay had a few words for Khloé Kardashian after she publicly addressed the seemingly unedited bikini photo that made its rounds through the internet last week.

During the latest episode of her Higher Learning podcast, the former Bachelorette put the Keeping Up With the Kardashians star on blast for playing the “victim” in a recent statement regarding the leaked photo. While some sympathized with Kardashian over the situation, Lindsay wasn’t buying what the reality star was selling as she called out the mother of one and her family for being the reason unrealistic beauty standards exist.

In case you didn’t know, Kardashian recently made headlines after a “natural” photo of herself in a leopard bikini was accidentally shared online.

Once the image was posted, it immediately made its rounds through the internet. However, it was eventually removed from social media due to a copyright notice that indicated that the rights belonged to the Good American founder’s grandmother, Mary Jo “MJ’ Shannon.

Kardashian later addressed the leaked photo on Instagram, where she showed off her unedited body in a video.

While many fans applauded the reality star for showing them what she really looks like without filters and for opening up about her love of “a good filter, good lighting and an edit here and there,” others slammed her for how she approached the situation.

Even Lindsay put Kardashian on blast, criticizing her for playing the “victim” instead of embracing the leaked photo of her natural body.

“What I find interesting is she’s making herself a victim almost in a world and culture that the Kardashians are responsible for,” Lindsay told co-host Van Lathan on their Higher Learning podcast. “If not the creators of it, they are definitely responsible for perpetuating this school of thought, this practice.”

In addition to calling out Kardashian for her statement over the leaked image, Lindsay also put the KUWTK star and the rest of the Kardashian-Jenner’s on blast for introducing unrealistic beauty standards to the world.

“[Khloe says] there’s pressure to be ‘perfect’ — but they’ve built an entire empire on perfection,” she said. “You continue to edit your pictures, and photoshop them, you’ve been called out on that multiple times.”

The Bachelor alum continued, “You started this and now these influencers have picked this up and now you have social media influencers who have populated social media feeds to get this image. This ‘Kardashian effect’ — but the reality is, people are emulating something and chasing a goal they can’t even achieve themselves.”

Lindsay argued that the goal to look like the KarJenners “doesn’t exist,” calling them “so fake, and so plastic, they might as well be animated figures.”

“They’re edited, they’re photoshopped, they don’t necessarily look that way. But it might not be common sense for their audience who is so impressionable, for these fans that laud and praise them. They may not get it to the level we do,” Lindsay added. “And it makes these young women go after something they will never have. Making us desire these unrealistic standards.”

Though Lindsay wasn’t a fan of Kardashian’s statement, she admitted that the Good American founder “looked great” in the photo in question.

Lindsay notes that the reality star’s approach to the situation was bothersome, noting that she could have used the opportunity “to be an example and embrace her body” instead of “trying to be a victim in a world she created.”

As of this writing, Kardashian has not publicly addressed Lindsay’s comments.