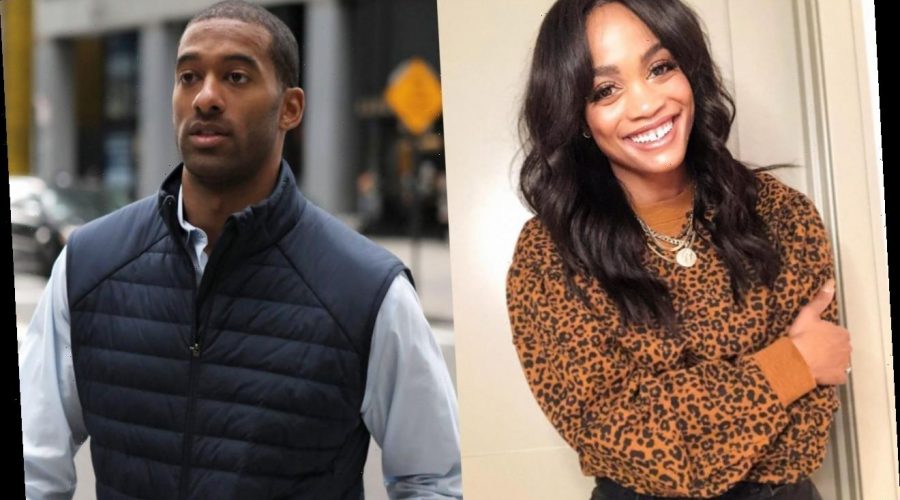 The former ‘The Bachelorette’ star accuses the show’s producers of exploiting Matt by airing his intimate talk with his father that only worsens stereotypes of black fathers being absentee.

AceShowbiz –Matt James confronted his father Manny over his absence throughout his life in the latest episode of “The Bachelor“. While the scene was emotional, Rachel Lindsay revealed in a new episode of the “Bachelor Party” that she felt disturbed by the scene.

“I felt it in my soul, and I had to speak out about it because I am so disturbed at what I just watched take place on the Bachelor stage, the conversation between Matt and his father,” Rachel shared, noting that the moment lacked context about who both Matt and his father are.

The former “The Bachelorette” star went on to say, “What’s the one thing we know about his dad? That he wasn’t around. That’s it. That’s all we know, which, if you know anything about stereotypes that are assigned to particular races, here, the black race, you know that absentee fathers is a stereotype.” She added, “Matt can’t get to the next level until he has this conversation. That’s how this is being presented to us.”

The attorney also questioned who “greenlit” the conversation to be featured in the episode. “If ‘The Bachelor’ franchise has shown us anything, it’s that they don’t know how to protect people of color, they only know how to exploit them,” Rachel said. “They only know how to mishandle situations when they come to race. That is what they’ve shown time and time again. This should’ve never been aired for America to see.”

Before people could even say that she was “exaggerating,” Rachel said, “This is one of those times that you should just sit and listen to what people who have been stereotyped in this way have to say.”

She further explained, “The stereotype of black fathers being absentee and black children being fatherless is deeply rooted in American society. The fact that we don’t know… much about Matt, but what we do know is that he fits into one of these stereotypes that we have for black people. People who assume certain things of the black family. And now we meet his father for the first time and he and Matt are having this full-out argument about how he wasn’t around.”

Rachel also accused the show’s producers of not caring about “the underlying issues” on airing the conversation. “I think that they focused more on the fact that this was the first time we saw different emotions from Matt… This moment broke Matt. Of course they wanted to show it,” she said. “You could see that Matt was nervous to do it, and you could see that his dad was extremely uncomfortable being there. It just shouldn’t have taken place.”

Matt himself appeared to address the same concern in a series of tweets on Monday. “Tonight’s convo with my dad was hard to experience, and it’s just as hard to watch all this time later, especially knowing the world is watching with me,” he wrote. “I just wanted to say that too often, we see dangerous stereotypes and negative depictions of Black fathers in media. And they have consequences when presented without context.”

“All I hope is that people watch that conversation with nuance, care, and also an understanding that there are real systemic issues at play. I’m so proud of myself for being vulnerable, and I’m so proud of my mother. I wouldn’t be who I am without my dad. That’s a fact,” Matt concluded.