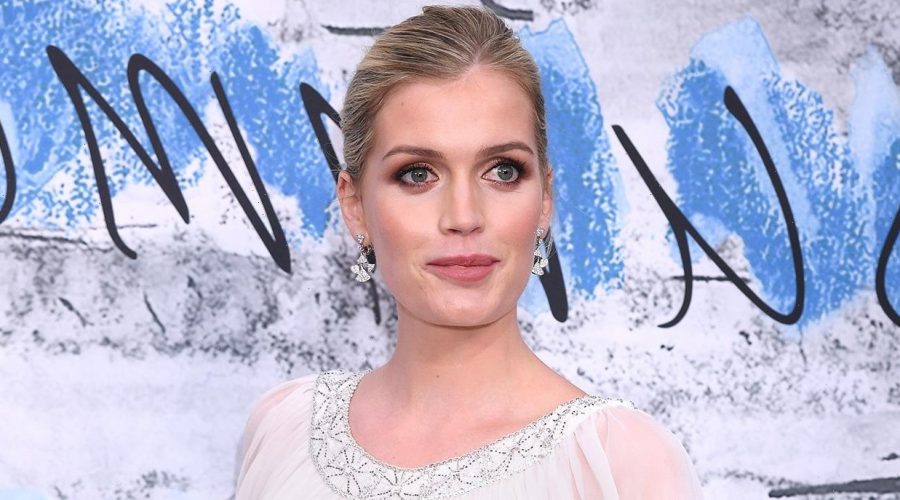 Celebrity Weddings of 2021: See Which Stars Tied the Knot

Spencer, 30, and the multi-millionaire fashion mogul, 60, tied the knot at the Villa Aldobrandini in Frascati, Italy in front of friends and family. The country mansion venue is known for its views overlooking the city of Rome. 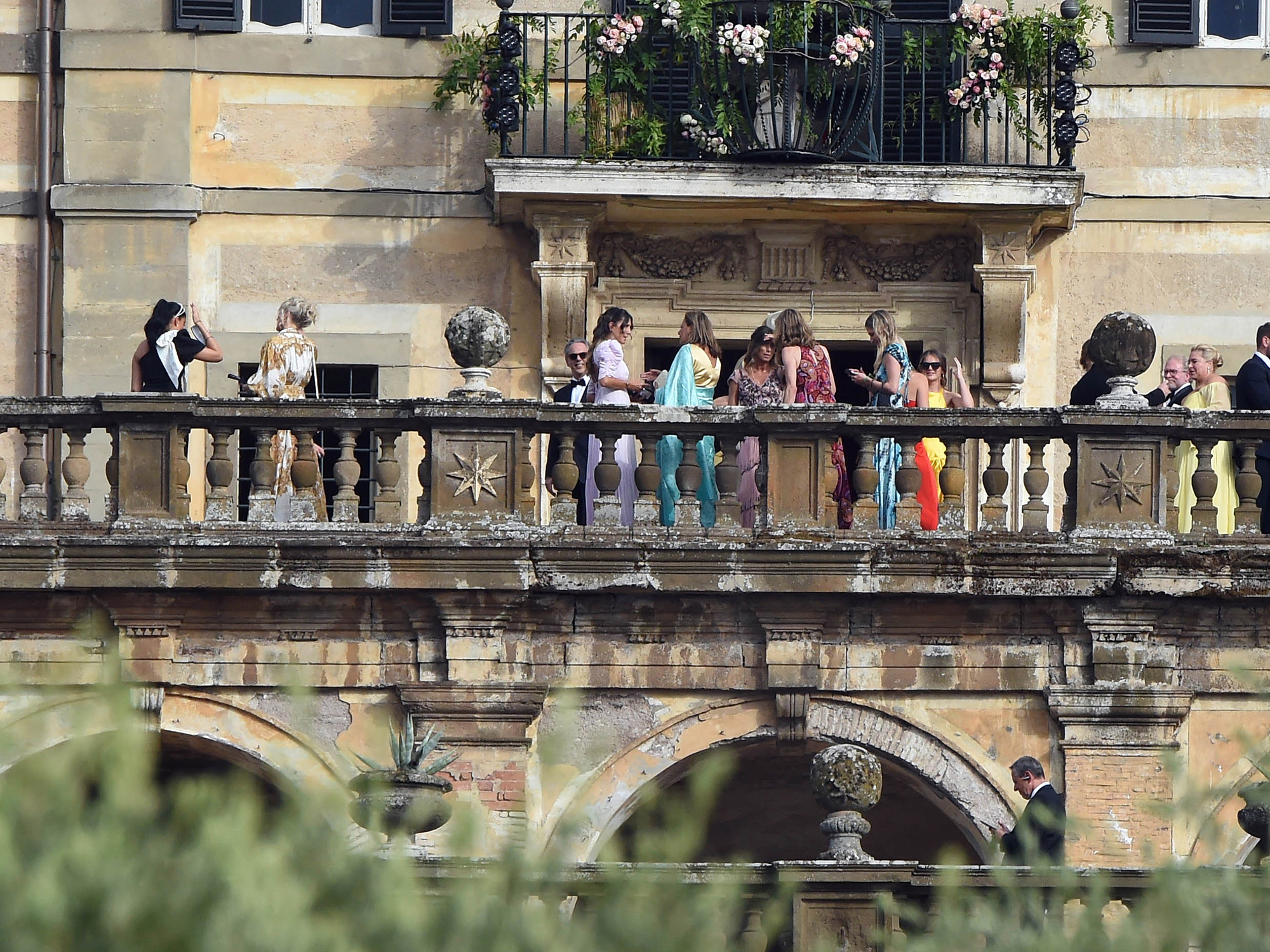 The model — who’s the daughter of Earl Charles Spencer, Diana’s brother, and Victoria Aitken — dated the businessman for more than two years prior to their nuptials.

For the big day, the bride opted to wear several gowns by Dolce & Gabbana throughout the festivities “@kitty.spencer chose to wear Dolce&Gabbana on the most important day of her life,” the fashion house wrote via Instagram on Sunday, July 25.

The brand explained, “For this unique event, #DolceGabbana created a number of exclusive hand-made gowns, each celebrating the beauty of the bride, the passion for #AltaModa and the absolute joy of the occasion.”

Alongside its caption, D&G shared a video of the process of creating Lady Kitty’s gowns, from sketches to fittings and the final look. One of her dresses was a strapless blue tulle dress covered with pink floral appliqués and a matching cape over her shoulders. A second dress featured an emerald green off-the-shoulder bodice and a pink-and-white floral skirt with massive green jewels. A third, form-fitting dress was made of primarily white lace with pink and green floral details. The video concludes with Lady Kitty’s showstopping white, long-sleeved lace gown with buttons down the back, cap sleeves and a turtleneck neckline. She paired the full-skirted dress with a lengthy veil, diamond earrings and tied her hair in a low bun.

The Daily Mail reported that the bride’s brothers — Louis Spencer, Viscount Althorp and Samuel Aitken — walked her down the aisle. Her twin sisters, Eliza and Amelia, were also in attendance for the nuptials, as was Viscountess Emma Weymouth. Weymouth shared photos of her attendance via Instagram Story alongside the likes of models Sabrina Elba and Maye Musk and designer Jade Holland Cooper, who also wore dresses by Dolce & Gabbana. Made in Chelsea alum Mark Vandelli attended the nuptials as well, sharing a dressed-up pic via his Instagram with the caption, “Coming for you @kitty.spencer 💚🤍❤️.”

Attendees shared further images of the evening via Instagram of a light show display and musical performance at the venue. 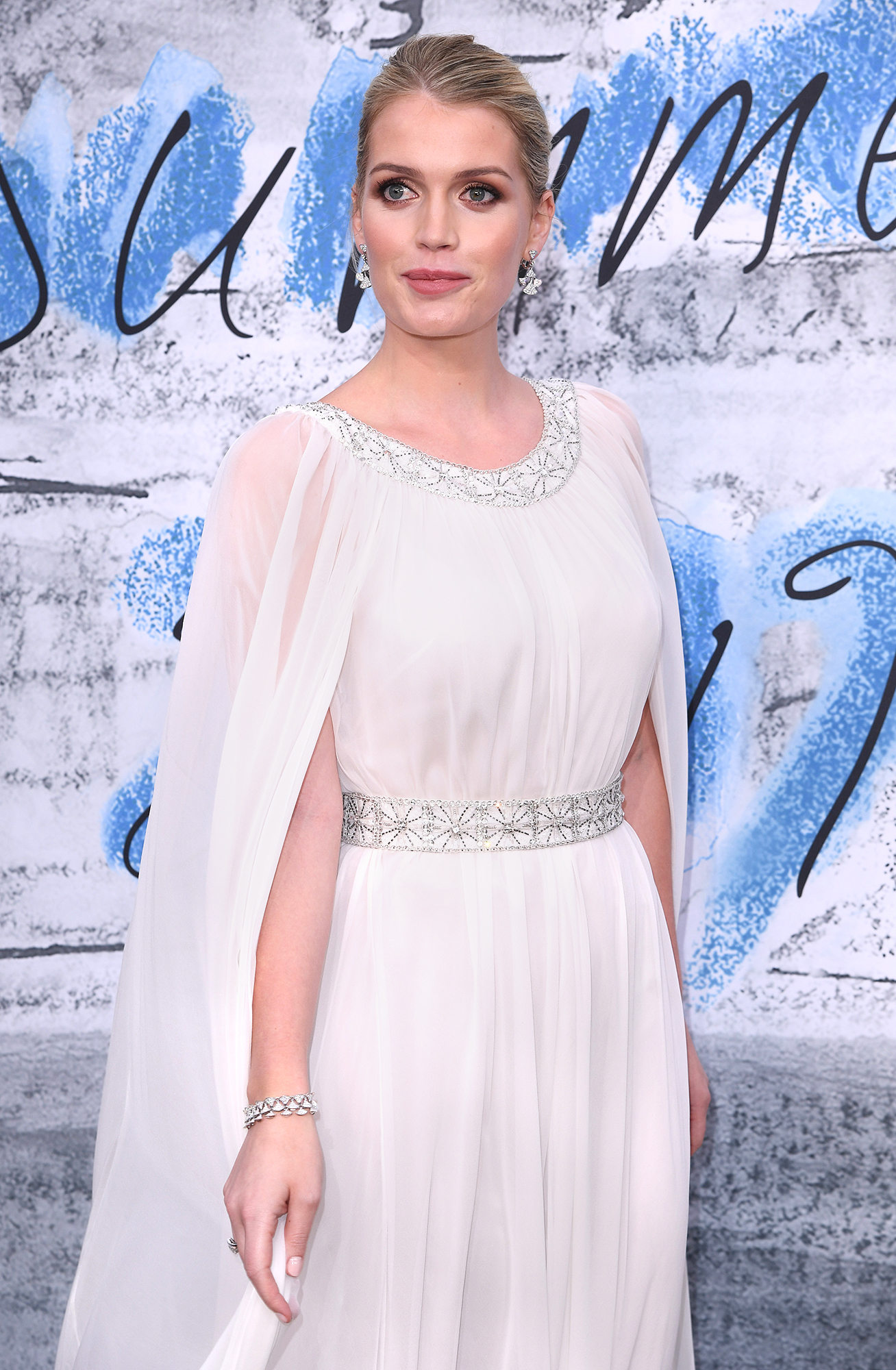 Lady Kitty got engaged to the South African native in December 2019, after the pair went public in May of that year. At the time, the royal was spotted walking arm-in-arm with Lewis in New York City.

The Most Amazing Royal Wedding Dresses Ever

She previously opened up about her love life during a March 2019 interview with Harper’s Bazaar. “I’ve been really lucky. I’ve always had really lovely, straightforward boyfriends,” she said at the time. “Whenever anything exciting happens in my life, or sad, the serious boyfriends I’ve had will be the first to get in touch and the first to be supportive. I don’t see the appeal of going for anyone who’s too complicated or not trustworthy. I just like people who are kind.”

During the interview, Lady Kitty revealed her future hopes. “I just want a happy family, and I want to be married with children,” she added.