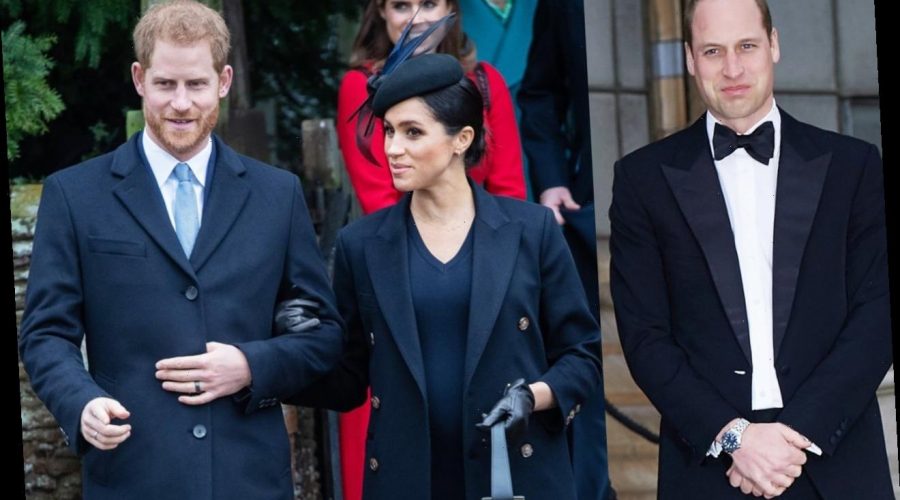 In addition to clearing ‘the racial allegation’ made by the couple, the Duke of Cambridge reportedly wants ‘firstly to protect [his wife] Kate [Middleton]’ against Meghan’s claims about the bridesmaid dress dispute.

AceShowbiz -Prince William seemingly wants to set the record straight. If a new report is to be believed, the Duke of Cambridge is having a hard time to hold back the urge to share his side of the story following his brother Prince Harry and his wife Meghan Markle‘s bombshell interview earlier this month.

A source reveals to Us Weekly that Queen Elizabeth II “is insisting that the royals handle the matter privately.” The insider also shares that the Queen “thinks that retaliating will only add fuel to the fire and make the situation worse.”

However, William allegedly disagrees with that. The source claims that the 38-year-old royal feels like he needs to speak out and defend the royal family after the Duke and Duchess of Sussex alleged that there’s racism within The Firm. “William is struggling to hold back,” says the source. “He wants to get his side out there.”

In addition to clearing “the racial allegation” made by the couple, William reportedly wants “firstly to protect [his wife] Kate [Middleton]” against Meghan’s revelations that unlike the rumors, it was actually Kate who made her cry over a bridesmaid dress dispute before her and Harry’s royal wedding in May 2018.

During his interview with Oprah Winfrey for a CBS special, Harry addressed the rift between him and his brother William. “I love William to bits. We’ve been through hell together, and we have a shared experience, but we are on different paths,” he shared at the time.

Adding that his brother was “trapped” by royal duties, the former military pilot added, “My brother can’t leave that system. I can’t speak for him. But with that relationship and that control and the fear by the U.K. tabloids, it’s a toxic environment. But I will always be there for him. I will always be there for my family. And as I said, I’ve tried to help them to see what has happened.”

In response to the claims, a source previously said that William “didn’t feel trapped” and the comments were “way off the mark.” Of the second in line to the throne behind their father, the insider added that William “has a path set for him and he’s completely accepting of his role. He is very much his grandmother’s grandson in that respect of duty and service.”