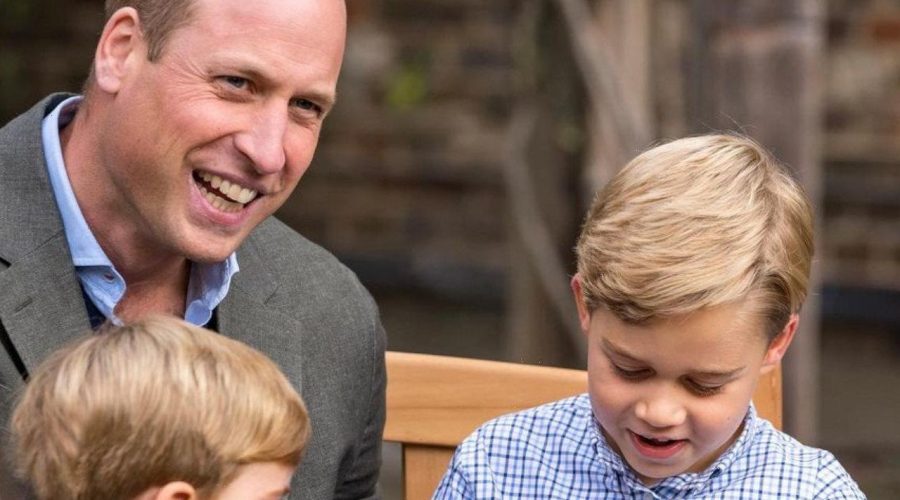 Attending the soccer game between England and Germany at London’s Wembley Stadium, the Duke of Cambridge and his 7-year-old son look dapper in their navy suits paired with red, white and blue-striped ties.

AceShowbiz -Prince William and Prince George wore a matching set during the UEFA European Championship game. While cheering on England’s soccer team, the Duke of Cambridge could be seen wearing a matching suit and tie with his son.

Attending the soccer game between England and Germany at London’s Wembley Stadium on Tuesday, June 29, the father-son duo looked dapper in their navy suits paired with red, white and blue-striped ties, a nod to the colors of the U.K. flag.

Kate Middleton also joined her husband and her 7-year-old son. The Duchess of Cambridge looked elegant in a bold red blazer that represented her country’s colors with her hair in loose waves. However, the younger royal children 6-year-old Princess Charlotte and 3-year-old Prince Louis were not at the match.

William, who is the president of the Football Association, was also seen chatting with George and cheering on their home team during the contentious game. In the snap uploaded on the official Instagram account of the Duke and Duchess of Cambridge, the 39-year-old father, his wife and his little one clapped and looked excited as England defeated Germany 2-0. “Incredible performance @England!” the caption of the post read.

In an Instagram post shared by the Duke and Duchess of Cambridge, George was documented yelling enthusiastically as Aston Villa came out victorious. The proud parents also shared candid photos of their little boy wearing a jersey bearing the crest for England’s national team to mark his 6th birthday.

On Tuesday, David Beckham and his son Romeo were also spotted in the crowd of the game at London’s Wembley Stadium. Ed Sheeran was also in attendance, even sitting a few rows behind the royals.