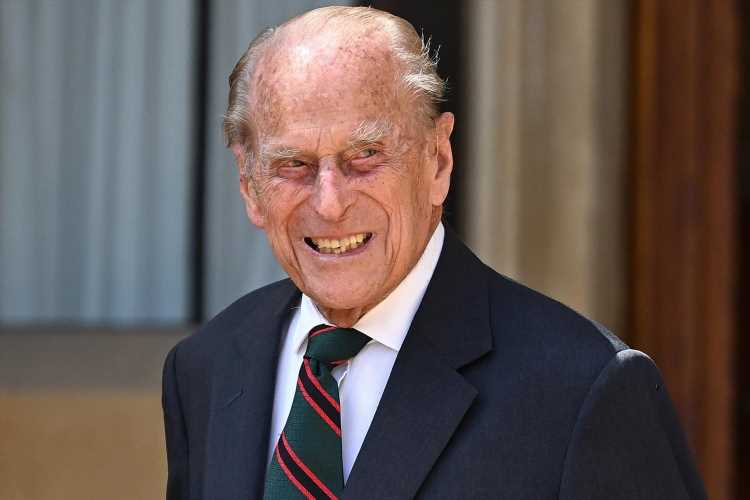 After attending a church service at Windsor on Sunday, Sophie told reporters that the Duke of Edinburgh's death on Friday was "very peaceful."

"It was right for him," she told ITV News. "It was so gentle. It was just like somebody took him by the hand and off he went."

"Very, very peaceful. And that's all you want for somebody isn't it?" she added.

The previous day, Sophie shared an update on how the monarch is coping following the death of her husband of 73 years, tearfully telling reporters, "the Queen has been amazing."

The Duke of Edinburgh "passed away peacefully" on Friday at Windsor Castle, where he and the monarch have spent the majority of the past year amid the COVID-19 pandemic.

His funeral will take place next Saturday on April 17 at St. George's Chapel at Windsor Castle. Over the weekend, the Royal Family also reflected on the "keen interest" the late Duke of Edinburgh took in the management of the family estates.

"For much of his married life, The Duke of Edinburgh was closely involved in the management of The Queen's Private Estates: Sandringham and Balmoral, as well as Windsor Great and Home Parks," read the social media post, which was shared alongside a photo of the Queen and Philip in 1972.

The throwback image captured the couple at Balmoral Castle in Scotland, a private retreat that's been a favorite sport for British royals for more than 150 years, and is where the Queen retreats every August. "The Duke worked with Estate workers, farmers and conservationists to maintain the Estates for future generations, through wildlife conservation and biodiversity initiatives," the caption continued. "Over recent years, His Royal Highness received regular updates and took a keen interest in developments on the Estates."

After attending church services on Sunday, members of the royal family — including Sophie, husband Prince Edward and daughter Lady Louise, 17 — met with workers at Windsor Estate "to thank them for their support, particularly over the last few days."

Listen below to the episode of our daily podcast PEOPLE Every Day where we are looking back at Prince Philip's life and legacy.

In honor of the late royal, the Royal Family Instagram account also shared a quote from the Queen's anniversary speech to him in 1997, marking their 50th anniversary.

"He has, quite simply, been my strength and stay all these years, and I, and his whole family, and this and many other countries, owe him a debt greater than he would ever claim, or we shall ever know," the Queen said at the time.

Additionally, Prince William and Kate Middleton shared a tribute to the Duke of Edinburgh on their Royal Foundation website, posting a black-and-white photograph of Philip on its homepage. After visiting his mother at Windsor Castle, Prince Charles spoke out about his father's death over the weekend in a video message.

"I particularly wanted to say that my father, for I suppose the last 70 years, has given the most remarkable, devoted service to The Queen, to my family and to the country, but also to the whole of the Commonwealth," the Prince of Wales, 72, said in the message.

"As you can imagine, my family and I miss my father enormously," Charles said. "He was a much loved and appreciated figure and apart from anything else, I can imagine, he would be so deeply touched by the number of other people here and elsewhere around the world and the Commonwealth, who also I think, share our loss and our sorrow."