Prince Harry and Meghan Markle commemorated Remembrance Day in the U.S. while his family marked the holiday across the pond. Harry, 36, and Meghan, 39, privately visited the Los Angeles National Cemetery on Sunday.

Remembrance Sunday is celebrated in the U.K. as a day to commemorate the contribution of British and Commonwealth military and civilian servicemen and women in the two World Wars and later conflicts. It takes place on the second Sunday in November. ET has learned it was important to the couple to personally recognize Remembrance in their own way, to honor those who have served and those who gave their lives.

Harry and Meghan laid flowers that she picked from their garden at the gravesites of two commonwealth soldiers, one who had served in the Royal Australian Air Force and one from the Royal Canadian Artillery. They also placed a wreath at an obelisk in the cemetery that features a plaque that’s inscribed “In Memory of the Men Who Offered Their Lives in Deference of Their Country.” Harry signed a message with the wreath reading, “To all of those who have served, and are serving. Thank you.”

Meghan and Harry both wore masks when in the close vicinity of other people on Sunday, ET has learned, but removed them when on their own or at a distance. 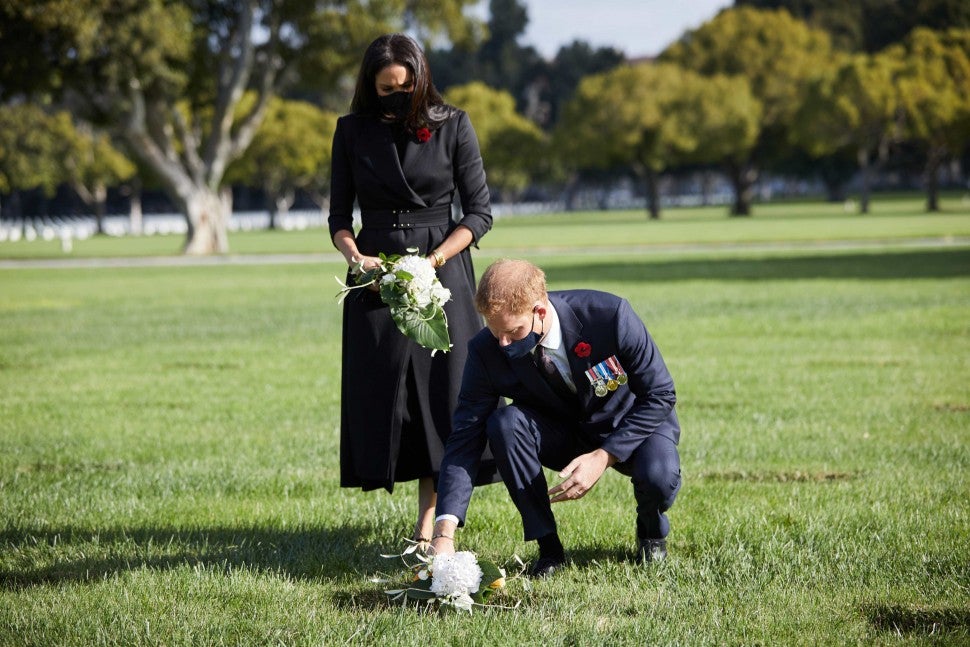 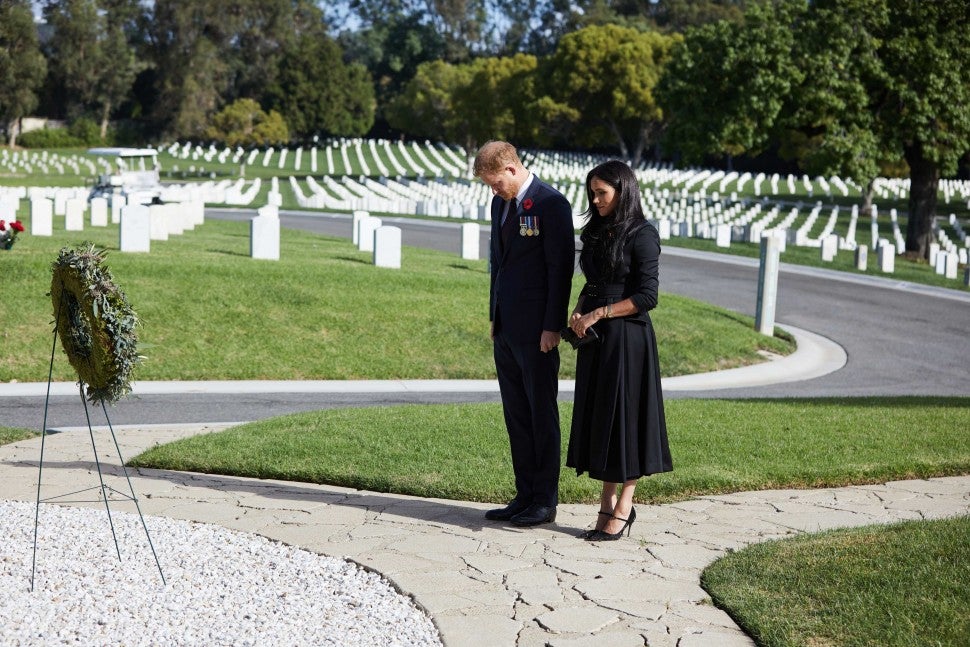 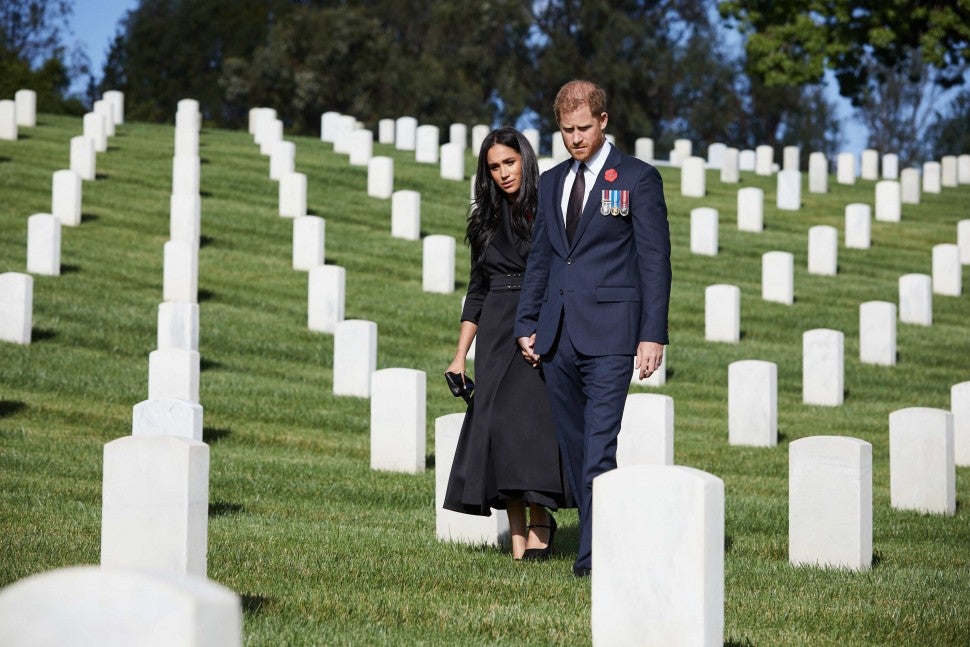 Harry served in the Army for 10 years, undertaking two tours of Afghanistan, where he served as a captain before rising to become a major. He holds the ranks of major, lieutenant commander and squadron leader. It was on his return from service that he was inspired to create the Invictus Games, which is just one of the military and veteran charities he continues to work with and support.

Meghan, meanwhile, joined a USO tour to support the troops before meeting Harry. She visited six countries including Afghanistan. Her grandfather, Alvin Ragland, served in the U.S. Coast Guard.

Harry and Meghan both sported Remembrance Day poppy pins for their outing, which his family members also wore back in the U.K. Senior members of the family, including Queen Elizabeth II, Kate Middleton, Prince William, Prince Charles, and Camilla, the Duchess of Cornwall, all attended a public outdoor, socially distanced event at The Cenotaph war memorial in the heart of Central London on Sunday.

Charles and William placed wreaths at the memorial in military uniform while the queen, Kate, and Camilla all watched from a balcony.

See more on the royal family in the video below.

11/09/2020 Celebrities Comments Off on Prince Harry & Meghan Markle Celebrate Remembrance Day in the US
Recent Posts
We and our partners use cookies on this site to improve our service, perform analytics, personalize advertising, measure advertising performance, and remember website preferences.Ok