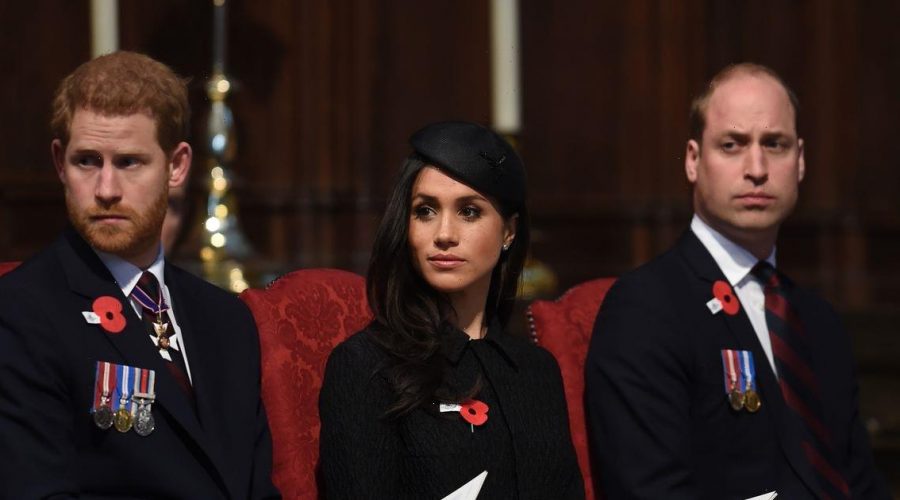 Prince Harry has revealed he called his therapist instead of his wife Meghan Markle following an alleged physical altercation with his brother Prince William in 2019.

In his upcoming book titled Spare, which is due to come out next week on 10 January, the Duke of Sussex, 38, claimed William confronted his brother at his home of Nottingham Cottage in London about Meghan, 41.

He allegedly called the former actress "rude", "abrasive" and "difficult", while Harry accused him of "parrot[ing] the press narrative".

In an extract obtained by The Guardian, Harry alleged that they exchanged insults before moving to the kitchen, where he handed William a glass of water to cool down as he was "piping hot".

“He set down the water, called me another name, then came at me. It all happened so fast," Harry wrote in his book. "So very fast. He grabbed me by the collar, ripping my necklace, and he knocked me to the floor.

"I landed on the dog’s bowl, which cracked under my back, the pieces cutting into me. I lay there for a moment, dazed, then got to my feet and told him to get out.”

William then allegedly told him that he didn't need to "tell Meg about this," to which Harry responded: "You mean that you attacked me?"

Harry then said he didn't immediately tell his wife Meghan and instead called his therapist over what had just taken place in his house.

But it wasn't long before Meghan found out after she noticed "scrapes and bruises" on his back. After explaining what had happened, Harry said she "wasn't that surprised, and wasn't all that angry. She was terribly sad."

Elsewhere in the extract, Harry recounts how his father King Charles, 74, told him and his brother: "Please, boys… Don’t make my final years a misery."

Meanwhile, he also claimed that on the day of his birth on 15 September 1984, his father turned to his mum Princess Diana and said: "Wonderful! Now you’ve given me an heir and a spare – my work is done."

Ahead of the book's release next week, Harry is set to return to screens on Sunday for a sit-down interview with ITV News at Ten journalist Tom Bradby, a former royal correspondent and friend of the couple.

Tom previously interviewed them together for a documentary about their 2019 Africa Tour and was the first journalist that Meghan opened up to about her mental health struggles.

In the intimate interview, which will last for 90 minutes, Harry will appear alone and without his wife by his side as he talks about his experience in the Royal Family.

He will talk candidly about his life, including never-before-heard-details about his mother’s death and the aftermath. Harry will also talk about his personal relationships and plans for the rest of his life after taking a backseat in the Royal Family.