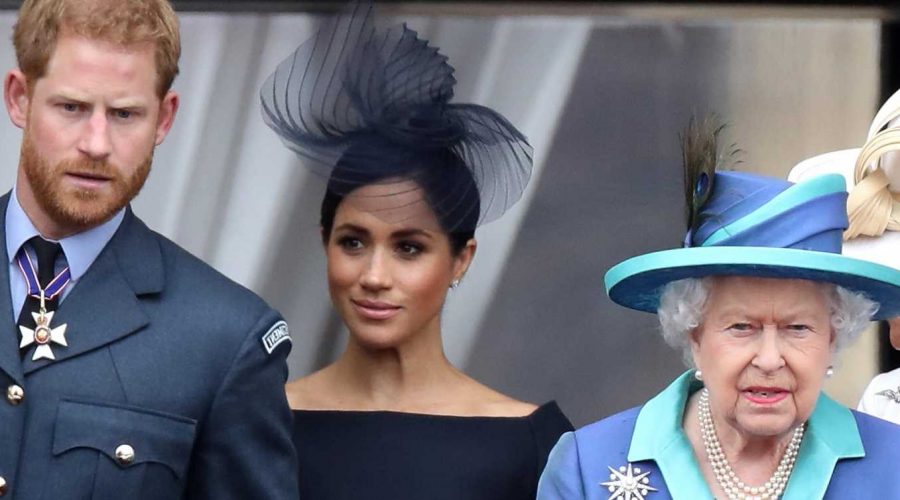 Prince Harry and Meghan Markle recently made a surprise trip to Windsor to visit the Queen, and apparently her aides were not kept in the loop. Royal reporter Omid Scobie wrote about the Sussexes trip—and the backlash that followed Prince Harry’s comment about making sure she is well protected—for Yahoo!

Quick reminder: during an interview with Hoda Kotb at the Invictus Games, Harry said of his grandmother, “I’m just making sure she’s protected and got the right people around her.” Unfortunately this comment caused all sorts of drama, but Omid notes that the Queen is living by herself and surrounded by staff most of the time—so it’s natural that Harry would want to check in. Furthermore, “it’s at the hands of some of these same people that Harry experienced some of his darkest and most distressing moments as a working member of the Firm.”

Omid goes on to recall that while doing research for his book Finding Freedom, he was told that the Queen’s private secretary “went out of his way to prevent the couple from visiting the monarch in Sandringham.” Meanwhile, the Queen’s right-hand woman reportedly “made it almost impossible” for Meghan to have a hair trial with her wedding tiara. And before leaving the U.K., Omid says that Harry told a close aide, “These people have their own agendas, they work for the institution and certainly don’t care about us as family.”

With all that in mind, Omid explains that while the Sussexes have been in contact with the Queen, they kept their in-person meeting a secret from palace aides—which means this was the first time Harry’s actually been able to speak to his grandmother privately without worrying about people listening. Fair enough!