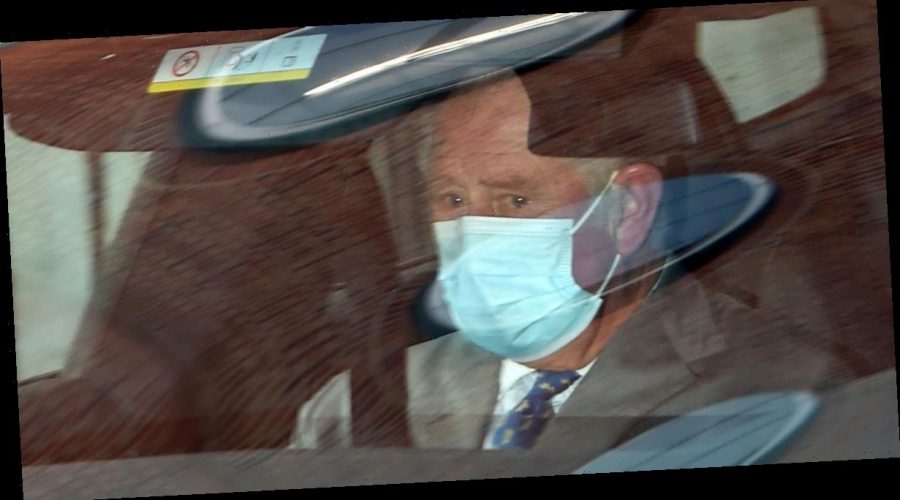 Prince Charles has been pictured arriving to visit his father Prince Philip, The Duke of Edinburgh, in hospital.

Prince Philip, 99, is being monitored at London's King Edward VII Hospital as a "precautionary measure".

In the afternoon of Saturday 20 February, Prince Charles was seen arriving to see his father at the hospital.

Charles wore a grey suit with a blue tie, along with a blue face covering as he made his way into the hospital.

The Duke of Edinburgh has been in hospital since Tuesday and is expected to remain there until next week.

According to The Sun Online, Prince Philip will continue to be under observation as he rests up over the weekend after feeling unwell.

A royal source told the publication: "Following consultation with his doctor The Duke of Edinburgh is likely to remain in hospital for observation and rest over the weekend and into next week.

"As we have said previously the doctor is acting with an abundance of caution. The Duke remains in good spirits."

Philip was admitted to hospital after feeling ill at Windsor Castle, where he had been staying with Her Majesty Queen Elizabeth II.

He was taken to King Edward VI Hospital in London on 16 February to stay there "for a few days".

It's reported that the Duke's grandson, Prince Harry, is self-isolating at home with his pregnant wife Meghan Markle and their one year old son Archie in case he needs to rush back to England if Prince Philip's condition worsens.

It's been claimed that Harry has decided to stay cooped up in his and 39 year old Meghan's California mansion in case he needs to fly home at short notice.

Harry is said to be being kept "regularly informed" of his grandfather's condition and has "made arrangements to fly by private jet" if needs be.

A source said of the Prince's decision: "Harry is of course concerned for his grandfather's welfare and is being kept regularly informed on his condition.

"He has chosen to stay in case he is required to return to the UK at short notice," the insider continued to tell the Mirror.

The publication went on to claim that Harry would be tested for coronavirus before leaving the US and again before entering the UK if he were to fly home.