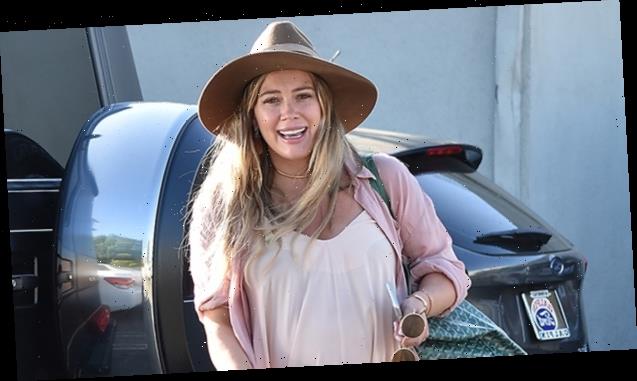 Hilary Duff, who’s expecting her 3rd child, got real in a new interview about what’s going on down there during her pregnancy…

There’s no other way to put this, so we’re just going to say it… Hilary Duff is suffering from lighting crotch in her third pregnancy. The latter is a term the actress said she learned from her mid-wife after experiencing excruciating pain in her lower private area. During a virtual appearance on The Ellen DeGeneres Show, Hilary, 33, explained her unique situation to guest host Brooke Baldwin — whose “day job” includes hosting CNN, so she was evidently out of her comfort zone while discussing the topic.

“Lighting crotch, apparently that’s a thing,” Brooke said, laughing. Hilary replied, “I didn’t know about it. Let’s be real here, I think Matt [Koma, her husband] was the first one to put me on blast with that, and I had to repost it because I can’t help but think his trolling me is so funny. But yeah, I didn’t have it with my other kids, so I texted my mid-wife the other day and I was like, ‘What’s up with the stabbing pains in my vagina, I’m not feeling this,” she said, while Brooke joked, “Where is my champagne?”

Hilary continued, explaining that lightning crotch “feels awful, like you’re being struck by lighting. And, she just wrote back, ‘Oh, lighting crotch,’ like it was no big thing. I was like, this is quite traumatic. It’ll just strike and all of a sudden you’re doubled over and then it’s gone. So, the term is actually called ‘lighting,’ and the baby is getting ready for birth, like lowering so you can actually breathe and get a fully supply of air in your lungs, which I haven’t been able to do for months.” 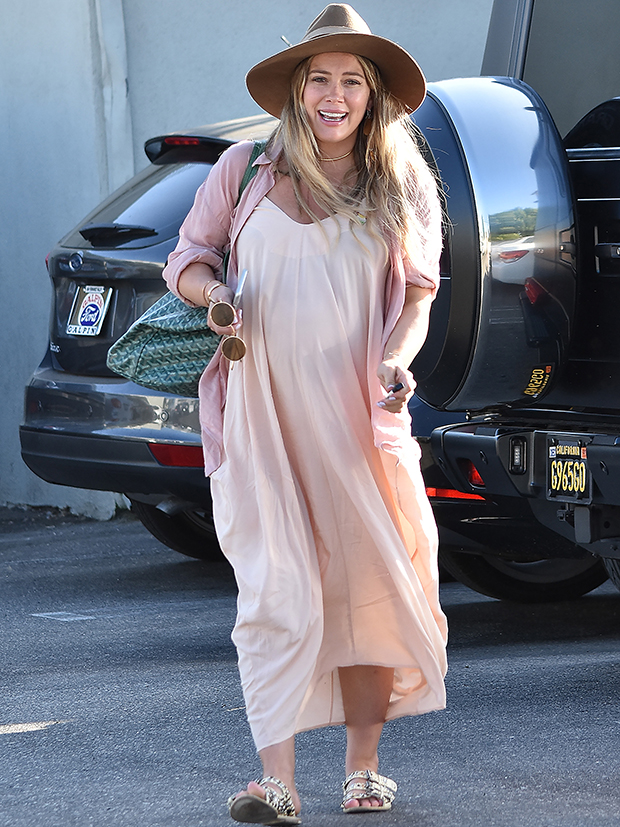 Hilary went on to not that she’s “a couple weeks” away from welcoming her third child. Though, she said she wishes it was “any day now” due to her feeling tired and admittedly large. “I feel about how I look, really big, large. I feel tired and honestly it’s been the best pregnancy so far,” she said, explaining, “I shot a season of the show [Younger] and we were in New York, just busy with the other kids and their lives. I think that’s helpful because I dot have as much time to focus on every ache and pain, or every thing the happens, like, ‘the baby is the size of this fruit this week.’”

A few weeks prior, Hilary colored her hair bright blue, which led fans to believe she’s having a boy. When Brooke asked about the latter, Hilary said, “I don’t know why I have blue hair, other than I was just like ready to have fun. I’m having a very blue moment,” she continued noting, “We don’t know the gender of the baby. The actress went on to explain that she learned the sex of her son, Luca (now eight) and her daughter Banks (now 2), “so we were just like, this has been a crazy year, let’s do something even more crazy and not find out which baby we’re having.”

Hilary continued, “We have one of each and I’m just really looking for that moment, either way we’re sign to be so stoked and so excited and I think it’s going to be a giggle fest if ‘we thought it was this, and you thought it was this.’ 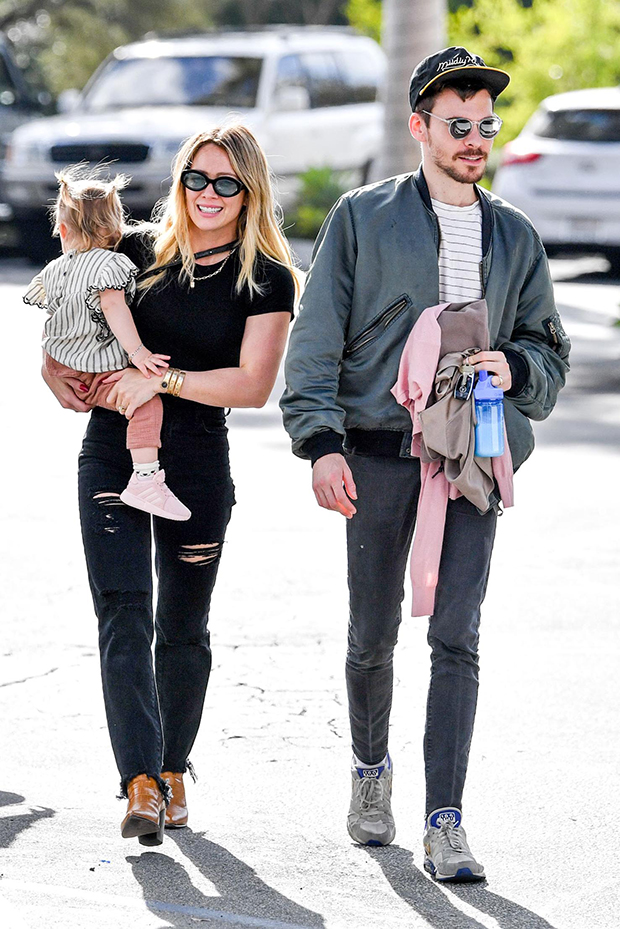 Hilary’s pregnancy admission comes just days after the actress shared intimate moments from her recent baby shower. On March 11, she took to Instagram to share a video montage of photos from the COVID-19-safe, small event, which included guests wearing face masks. In her caption, Hilary shared a lengthy message to friend, Sharmeen, who planned the baby shower.

“I can’t thank you enough for planning the most special day,” the Lizzie McGuire alum wrote alongside the video, which showed candid snapshots of Hilary and guests decorating arts and crafts and posing for photos alongside large balloon arrangements. Other photos showed shower treats, such as star, moon and heart-shaped cookies, a festive cake, mini burgers fries and other finger foods. The indoor-outdoor color scheme included gorgeous peachy tones with hues of orange, yellow, brown and pink featured in the decor.

“I seriously wasn’t planning on a party like this for baby #3 during these times but you found a way to strong arm everyone into testing haha and honestly the day was so relaxing,” Hilary admitted. “I got quality time with many of my LA friends who I haven’t been able to see in one setting in so long and deeply missed my tried and trues who live far away.”

The expectant mom went on to thank her powerhouse group of female friends for  “showing up for me in life through the thick and the thin,” explaining, “The thick being holy sh-t I’m having a third child… send help!”