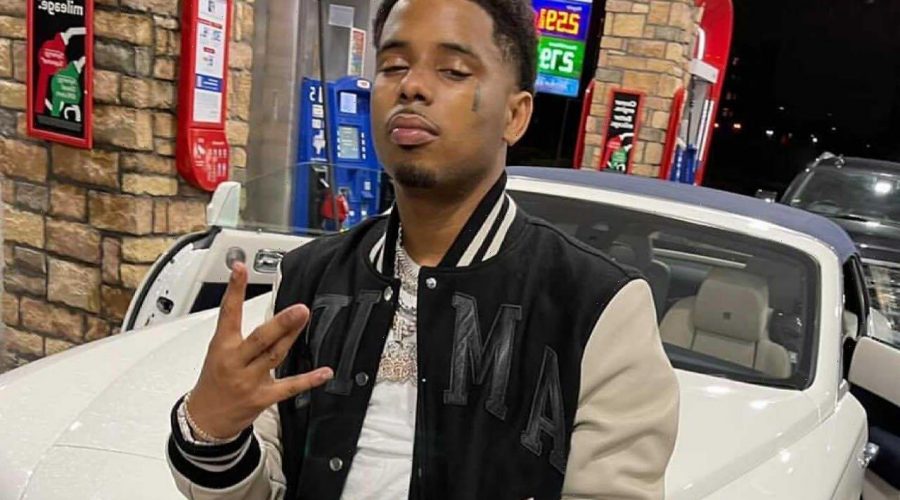 After the ‘Back in Blood’ rapper speaks on the phone from jail to set things straight on the pregnancy rumors, his stylist Asiah Knowles threatens to sue him for harassment and defamation.

AceShowbiz –Pooh Shiesty has found himself being entangled in a baby drama while he is still facing a legal trouble. The incarcerated rapper has been accused of impregnating a woman who is not his girlfriend, but he has now spoken up to clear his name.

In a video shared by his girlfriend Kianti, the hip-hop star called from federal prison to address his stylist Asiah Knowles’ allegation that she is pregnant with his baby. Denying that he is the father, he said during the recorded phone call that he didn’t know Asiah and did not have sex with her. “I don’t know this lady,” he was heard saying through the phone speaker.

Kianti has also blasted Asiah on social media. Posting a picture of the supposed sonogram of the stylist’s unborn baby on her Instagram Story, Kianti accused Asiah of faking the pregnancy. “trynna fake a pregnancy you weird go to hell,” so she captioned the picture.

In another Story, Kianti accused Asiah of stalking and suggested she is making up the story to get followers. “been told this h*e to leave me alone. You weird & you a stalker!! You want clout, you welcome,” she wrote.

Asiah later clapped back at Pooh and his girlfriend. Trying to prove that the Memphis-born artist was the only who lied, she shared a screenshot of her alleged DMs from the rapper. In the text conversation, he appeared to ask her out that night, but she didn’t reply. “B’s will believe they sky red when it’s blue,” she seemingly shaded Kianti.

She also threatened to sue Pooh and his girlfriend for harassment and defamation, adding in a separate Story, “DM’s forever left on seen & stop paying blogs to report false tea. I’m a few minutes away from calling my lawyer. For harassment & defamation.”

Pooh and Kianti have not responded back to the legal threat from Asiah.

Pooh has been held behind bars since he was arrested on June 9 in connection to a shooting at a strip club in Northwest Miami-Dade. The rapper, whose real name is Lontrell Dennell Williams, Jr., was held with no bond and stayed jailed despite the victim of the shooting recanting.

On June 29, he was indicted over the Bay Harbor Islands robbery. In July, he was ordered by the federal judge to be held without bond pending trial.