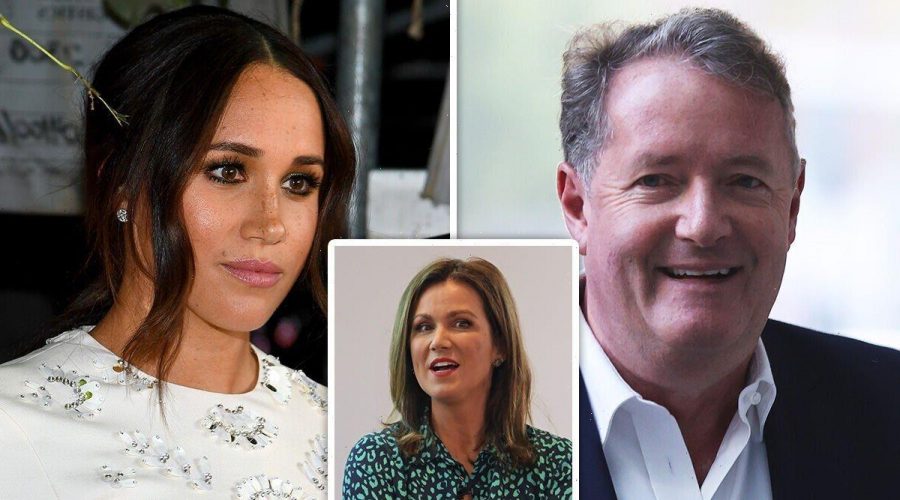 Piers Morgan, 57, could not hold back his joy after a journalist admitted she had “switched sides” and found herself in the “uncomfortable position” of agreeing with the outspoken TalkTV host’s views on Meghan Markle.

In his delight, Piers quipped that he is often “proven right” and invited his former co-host Susanna Reid to “confirm” his sentiment.

He shared a tweet from Australian newspaper, The Age, which quotes journalist Jacqueline Maley saying: “With sadness, many of us have moved to the same side of the dispute as Piers Morgan. 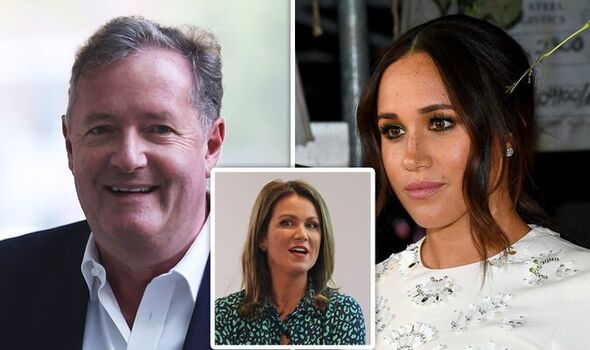 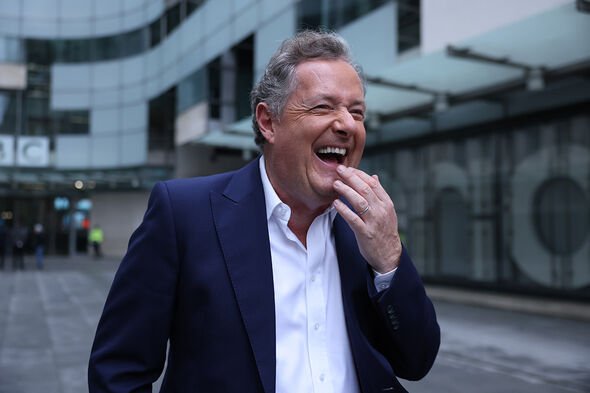 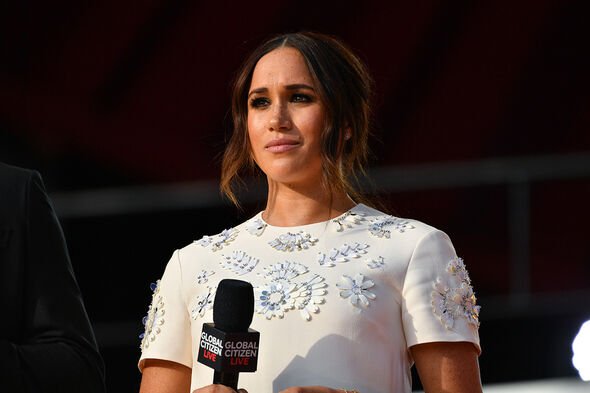 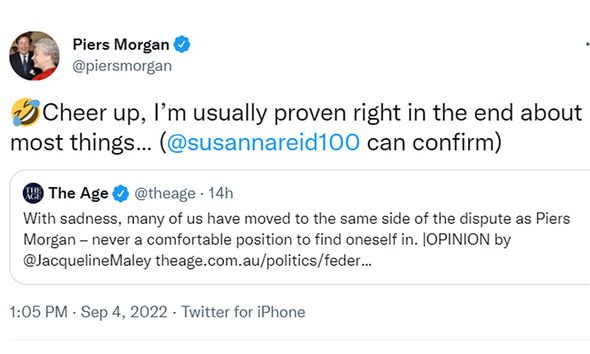 One that particularly got his back up was when she claimed that she would not have been able to pick up her children from school if the family continued to live in the UK.

Meghan told journalist Allison P Davis that she would have faced a “press pen of 40 people snapping pictures” at the school gates.

In the aftermath, ITV News’ Royal Editor Chris Ship took to Twitter to dispute Meghan’s comment, writing: “The only time cameras [are] allowed for school run is on the first day at school.

“Only two cameras are permitted (one TV, one photo) who agree to share footage with other broadcasters and publications.

“Is simply wrong for #meghan to claim there would be ’40 people snapping pictures’.”

Piers then responded to Chris, and praised him for “calling out” the Duchess.

He exclaimed: “Yes I know. So Markle lied as she did to Oprah.

“Good to see you calling her out.”