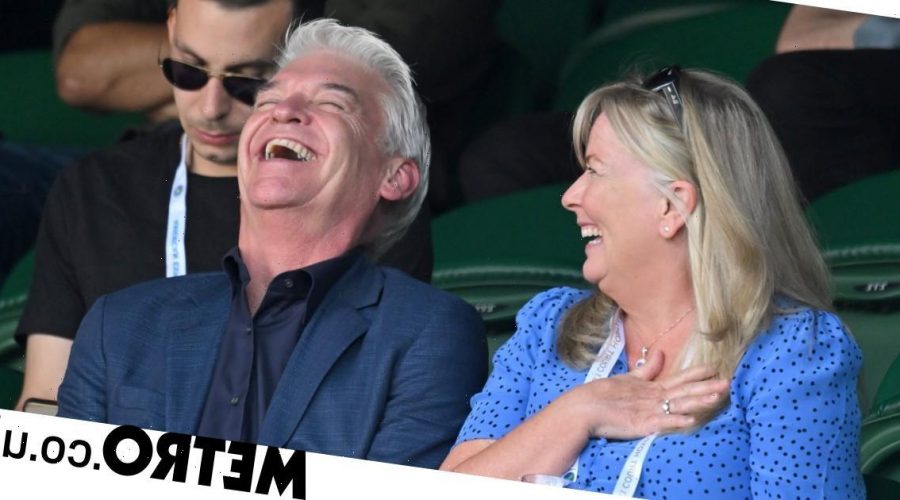 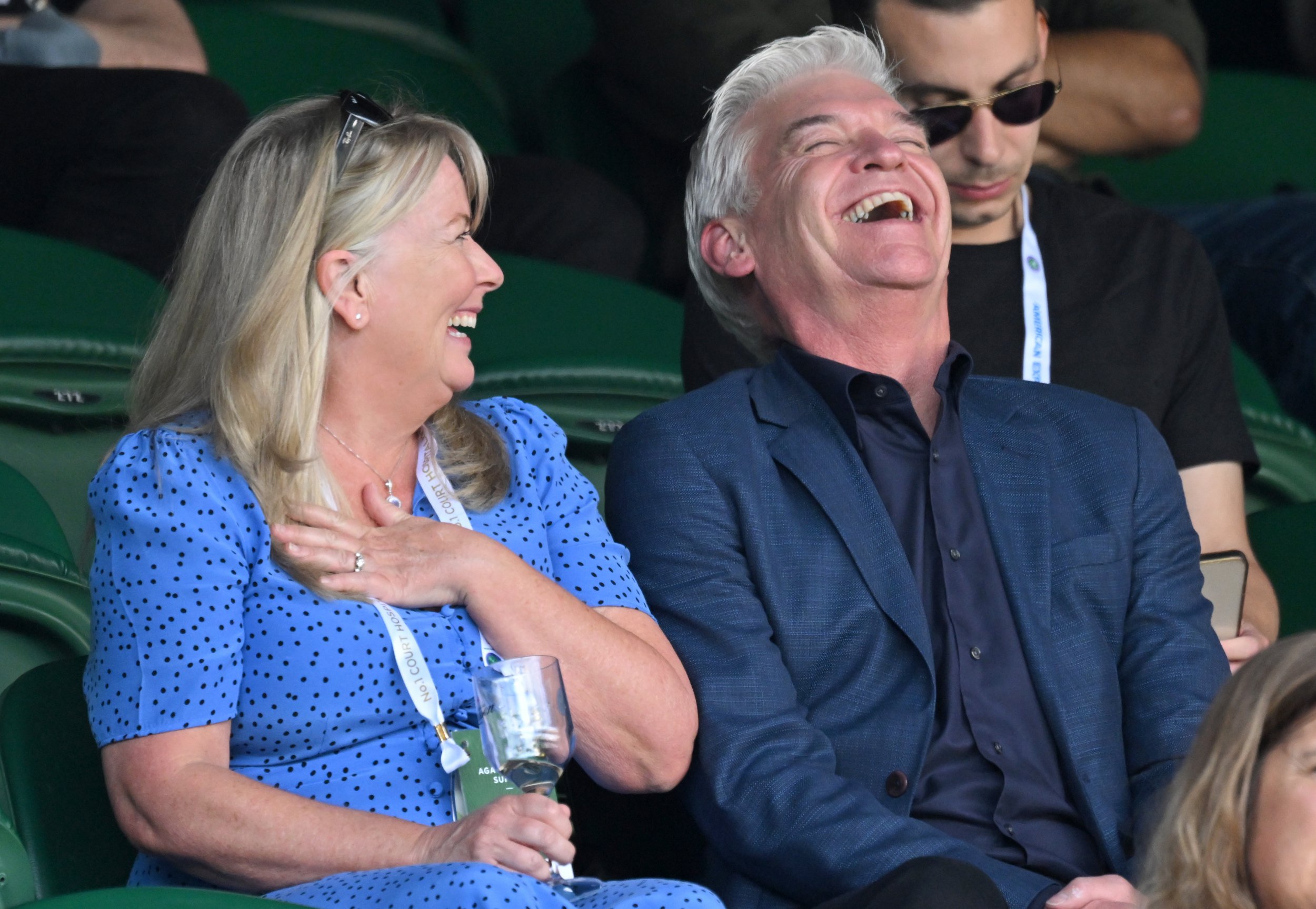 Phillip Schofield enjoyed the company of his estranged wife Stephanie at Wimbledon this week and he couldn’t have looked happier.

The This Morning presenter has clearly maintained a close friendship with Stephanie, the mother of his two daughters, after he came out as gay on the ITV programme in February 2020.

They may no longer be together romantically but Phillip, 60, and Stephanie, 58, appear to still be the best of friends.

During the first day of Wimbledon on Monday, the former couple were seen sitting together in the stands and looked to be having a great time as Phillip threw his head back in laughter at one point, while Stephanie took charge of topping up his glass of champagne.

The pair chatted away to each other and shared laughs while looking at something on Phillip’s phone.

They were joined by Phillip’s TV bestie and This Morning co-presenter Holly Willoughby, who attended the match with her husband Dan Baldwin.

Despite their romantic split, Stephanie has accompanied Phillip at several high-profile events, including Adele’s one-off concert at The Palladium in London last year, while they were seen together on a family night out to celebrate their daughter Ruby’s 26th birthday in January.

Phillip opened up about his sexuality two years ago during a heartfelt statement on This Morning. At the time, the presenter acknowledged the hurt he had caused his family, which includes the two daughters he shares with Stephanie – Molly and Ruby.

Speaking to viewers with Holly by his side, Phillip said: ‘It’s funny because everyone I have spoken to, you have all been so supportive.

‘Every person I tell it gets a little lighter, it is essential for me and my head, and of course, I am very aware that Steph and the girls are at home watching this.

‘There is no question that this has caused pain and upset.’

Praising his wife, the TV star continued: ‘I have had to deal with this in my head for quite some time and as for Steph, as I said I can’t write in any statement how I feel about that woman.

‘She is incredible, there is no one in my life that would have supported me in the way she has. She is astonishing.’