Peter Kay, 46, was the subject of a death hoax today as false reports about the comedian having passed away circulated on Twitter. The star, who recently announced anniversary screenings for his sitcom Phoenix Nights, also became the centre of similar speculation last year.

Another added: “Again? That’s the 3rd time this year #RIPPETERKAY.”

A third fan suggested Twitter should take action and put an end to the false stories. 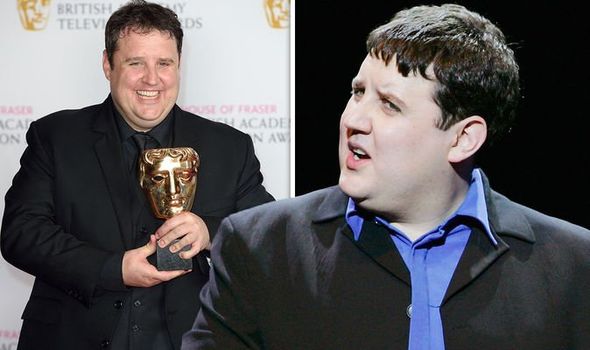 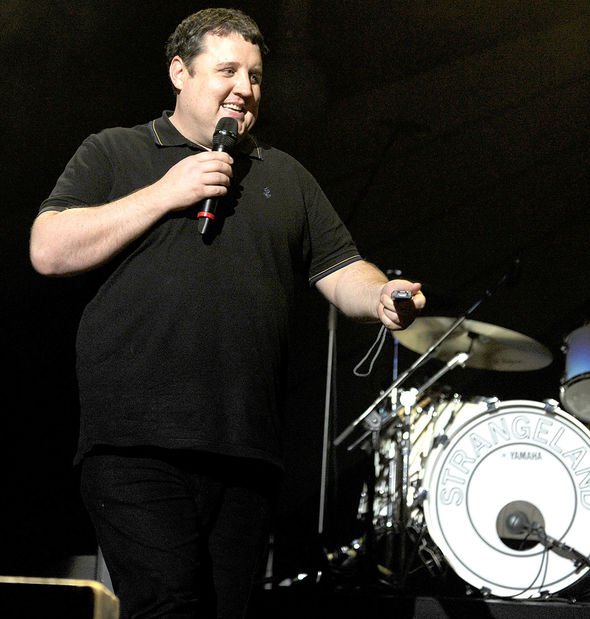 They tweeted: “I think @Twitter needs to take care of these false trends better #rippeterkay.”

Express.co.uk has contacted a representative for Peter Kay for comment.

The reports come after the TV personality has been taking some time away from the spotlight after cancelling his tour back in 2017.

Peter explained the cancellation was due to “unforeseen family circumstances” at the time. 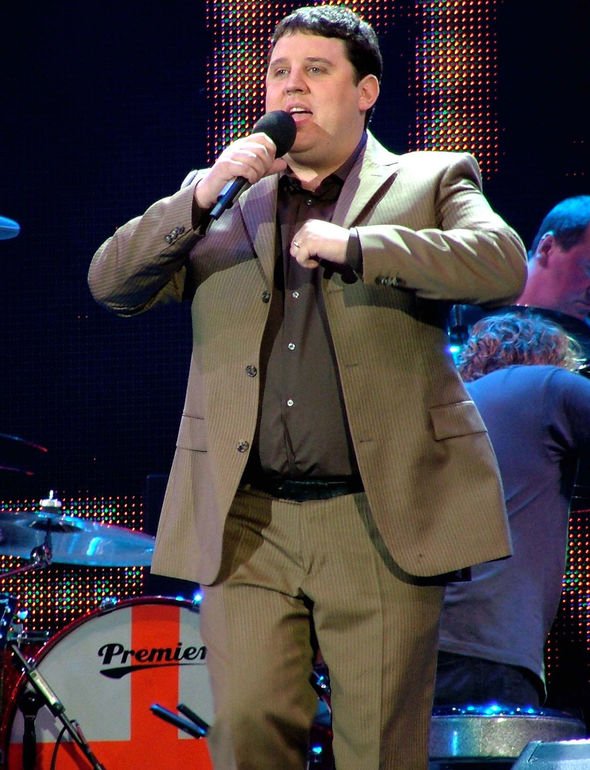 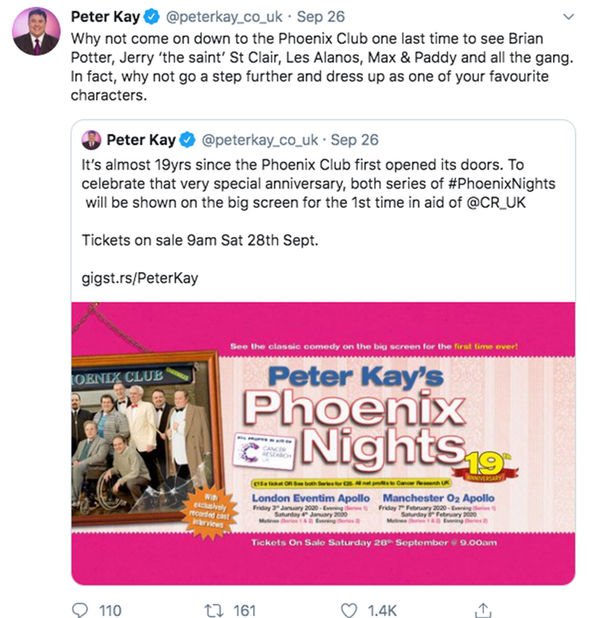 However, the funnyman has recently made a comeback to promote screenings of his sitcom Peter Kay’s Phoenix Nights in aid of Cancer Research UK.

The series, which co-starred Dave Spikey and Neil Fitzmaurice, originally aired on Channel 4 from 2001 to 2002.

It is set to be screened in London, Blackpool and Manchester next year to raise funds for the charitable organisation.

In view of his 748,000 followers, Peter tweeted in September: “It’s almost 19yrs since the Phoenix Club first opened its doors.

“To celebrate that very special anniversary, both series of #PhoenixNights will be shown on the big screen for the 1st time in aid of @CR_UK Tickets on sale now.”

He then encouraged fans to get involved in the screenings by dressing up as their favourite characters from the show in a separate post.

He added: “Why not come on down to the Phoenix Club one last time to see Brian Potter, Jerry ‘the saint’ St Clair, Les Alanos, Max & Paddy and all the gang.

“In fact, why not go a step further and dress up as one of your favourite characters.”

Last month, it was reported that Peter had amassed a £32million fortune, in spite of his absence from showbiz.

His Goodnight Vienna Productions company is reported to have made £23.7m last year, according to The Mirror.

Another of his production companies, Hussein Traders Limited, has also netted Peter £8.3m.

Peter last appeared on-screen in his BBC show Car Share and his most recent on stage moment was at Blackpool Opera House last April.

He gave a brief introduction to a charity screening of the comedy series at the Opera House.

Related posts:
11/08/2019 Celebrities Comments Off on Peter Kay, 46, falls victim to another nasty death hoax as fake reports trend on Twitter
Recent Posts
We and our partners use cookies on this site to improve our service, perform analytics, personalize advertising, measure advertising performance, and remember website preferences.Ok