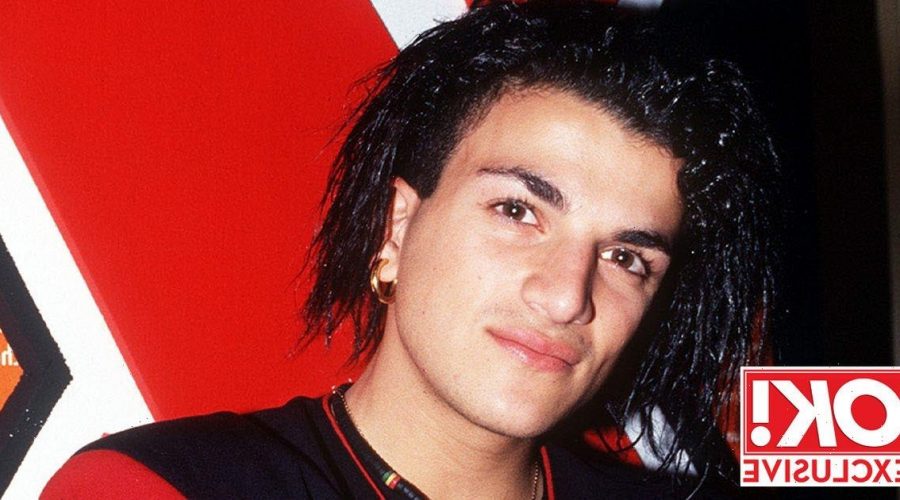 Peter Andre has spoken out about his past decision to have plastic surgery after facing racist abuse.

Writing in his latest column, the singer says he was bullied in Australia over the bump in his nose and insisted he would try and have an honest and open discussion about surgery if his children wanted it in the future. Sign up below – for free! – to read what he has to say.

Are you an OK! VIP? If not, why not? It’s free and gives you backstage access to stories like this, exclusive home tours, special discounts and so much more! All you need to do is pop your email address below! P.s. if you’re already seeing this article in full, congrats – you’re already on our guest list.

Dancing with a dame

Working on the musical Grease has been great – but even more so as I’ve loved working with Dame Arlene [Phillips]. We’re good friends and she really is a special person. Arlene choreographed the show and when you’re in front of her it is quite daunting as she’s been in the industry for so long. She’s an incredible choreographer and has worked with everyone you can think of, including Sir Elton John on his video for I’m Still Standing. She’s not a Dame for nothing! The first show is this week and we’re sold out at full capacity, so thank you to everyone who bought a ticket.

Space? It's hard enough getting into Spain!

There was uproar over Jeff Bezos travelling to space, especially after he thanked Amazon customers for paying for it. Look, that probably isn’t the kind of thing you want to hear, and it’s a little tone deaf when so many people have been suffering and some can’t even go to Spain, let alone space. But on the flip side, you’ve got to think how admirable it is that people like him and Richard Branson are making space travel possible.

If you’ve the money to change history, why not try it? Jeff also helped 82-year-old Wally Funk fulfil her lifelong dream of going to space, and that’s pretty cool. I remember watching Star Trek as a kid and dreaming of going to space. But I won’t be rushing to pay £250,000 for a 10-minute flight! I’d rather put that into a house. Talk to me when there’s hotels on the moon – I could finally do the moonwalk!

I did a Q&A for my YouTube channel and someone asked me if I would ever stop my children having plastic surgery. When it comes to the kids, my advice would be that they talk to someone if there was a part of themselves they disliked. If they then still felt a certain way about it, and it was affecting their confidence, it could be a conversation.

As a kid in Australia, I was bullied about the bump on my nose. A lot of the racism targeted at me also involved my nose. I was so self-conscious that when things started going well with my music, I’d ask that no pictures of me were taken side on. I ended up getting surgery because it affected me so much. Looking back, I don’t regret the op but I wish I’d spoken to someone about how I was feeling first.

I read a really interesting article about how Dubai has been creating its own rain to tackle the 50-degree heat they’ve been getting. They use drones, which give clouds an electric shock that makes them produce precipitation. It’s pretty amazing when you think about it and you’ve got to wonder if the weather has ever been controlled in the past. If you ask me, the world is really starting to feel like The Truman Show now!

Actress Catherine Tyldesley has revealed she lost her wedding ring at a spa after leaving it in the pocket of the robe she was wearing. I feel sorry for her as it’s easy to do but also devastating, as it’s something that’s so symbolic and represents your marriage. I’ve thankfully never lost mine, but I can imagine how horrible it must be. I think I’d get in trouble if I ever lost mine! You never want to go home without your wedding ring on. That’s not a good look!

For the latest news and updates on Peter Andre, his wife Emily and their children – sign up to OK!'s daily newsletter here.