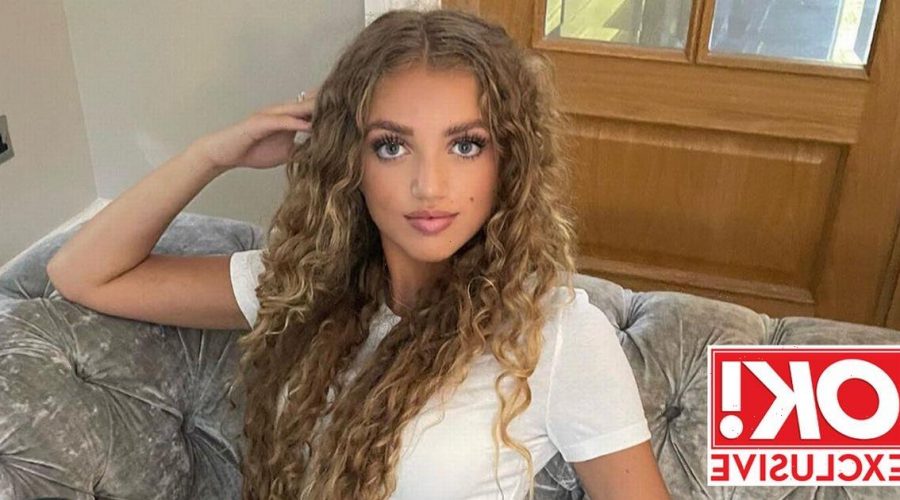 Peter Andre has shared his fear that his 15 year old daughter Princess looks too much like a “young lady”.

The teen regularly shares snaps of herself on social media, and her dad, 49, says that it “scares” him how fast she has grown up.

Writing in his new! magazine column, Pete opened up about the family’s recent trip to Cyprus and comments that Princess is looking more and more like him.

He said: “I posted a couple of pictures of us and surprisingly people have been saying Princess is the spitting image of me. I don’t see it, but poor her! “Princess is so beautiful and she’s suddenly gone from looking like a kid to a young lady.

“It scares me but in a good way. We have a proper laugh now and it’s exciting watching her and Junior grow up.

Pete shares Princess and Junior, 17, with his former wife Katie Price, while he is also dad to Amelia, eight, and Theo, five, with his wife, NHS doctor Emily Andre. The singer and his daughter both posted a series of pictures from their family holiday, and fans couldn’t help but comment on Princess’ similarity to her famous father.

One of Pete’s 1.8 million followers added: “Wow Princess is a stunner”. But while many of Pete's fans think Princess is just like him, others think that the star is the double of her famous mum.

One follower wrote “Princess is the image of Kate on here. The way she is standing, everything.”

A second wrote: “Your daughter is the image of her mum in her younger days”. Whilst in Cyprus the brood marked mum-of-two Emily’s 33rd birthday, with Pete treating his wife of seven years to dinner and a shopping spree.

He added in his column: “At the time of writing this I finally got to sneak out to our home in Cyprus with all the kids and it was amazing.

“We celebrated Ems’ birthday out there. She said she didn’t want a present, but it turns out a little Zara shopping spree was just what the doctor ordered. See what I did there?

“We also went for a family dinner at our favourite restaurant in Larnaca. It’s a Japanese called Nippon, and by far one of the best I’ve been to.”

08/24/2022 Celebrities Comments Off on Peter Andre fears as daughter Princess, 15, looks too much like a ‘young lady’
Recent Posts