Staying by her side! Joe Alwyn showed his support for girlfriend Taylor Swift on Monday, December 16, attending her New York City premiere of Cats.

In photos obtained by the Daily Mail, the “Beautiful Ghosts” singer, 30, and the actor, 28, were spotted holding hands leaving Lincoln Center after the movie. The two stayed close under an umbrella. Swift looked stunning in an Oscar de la Renta Pre-Spring 2020 ruby floral satin gown, while Alwyn looked dapper in a teal suit, royal blue shirt and a patterned tie.

The pair, who began dating in May 2017, have kept their relationship very private — something that was important for the “Lover” singer. 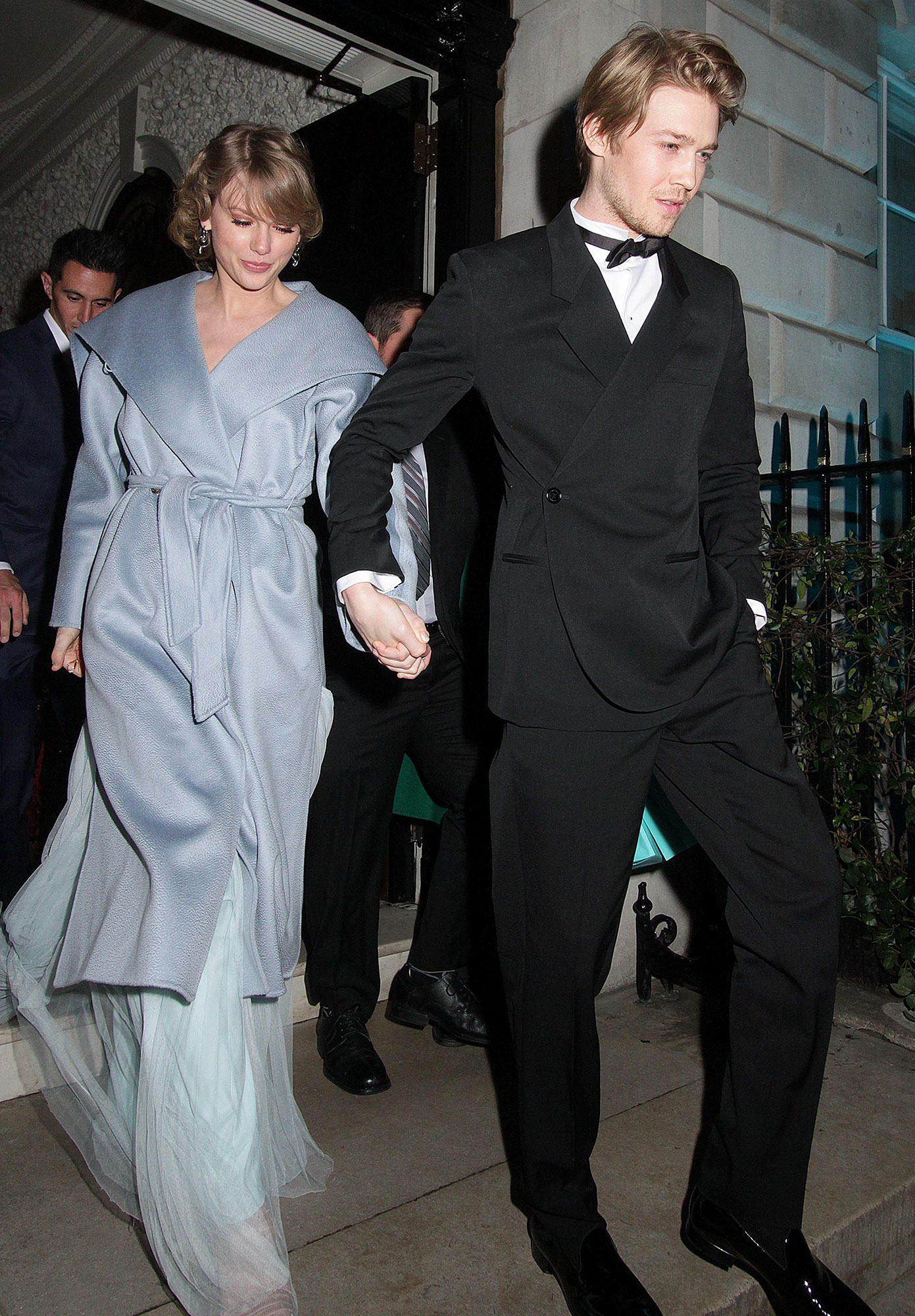 “I’ve learned that if I do [talk about it], people think it’s up for discussion, and our relationship isn’t up for discussion,” she told The Guardian’s Weekend magazine in August. “If you and I were having a glass of wine right now, we’d be talking about it — but it’s just that it goes out into the world. That’s where the boundary is, and that’s where my life has become manageable. I really want to keep it feeling manageable.”

When Swift was named Billboard‘s Woman of the Decade, she revealed that she has no regrets.

“I would have done everything exactly the same way,” the 10-time Grammy winner stated. “Because even the really tough things I’ve gone through taught me things that I never would have learned any other way. I really appreciate my experience, the ups and downs.”

This year, in particular, has been a big one for Swift. In addition to Cats, she also released her seventh album, Lover, over the summer. There have been some bumps in the road, though, as she’s currently in a legal battle with Big Machine Records’ executives Scooter Braun and Scott Borchetta, in an attempt to earn back the rights to her own music. 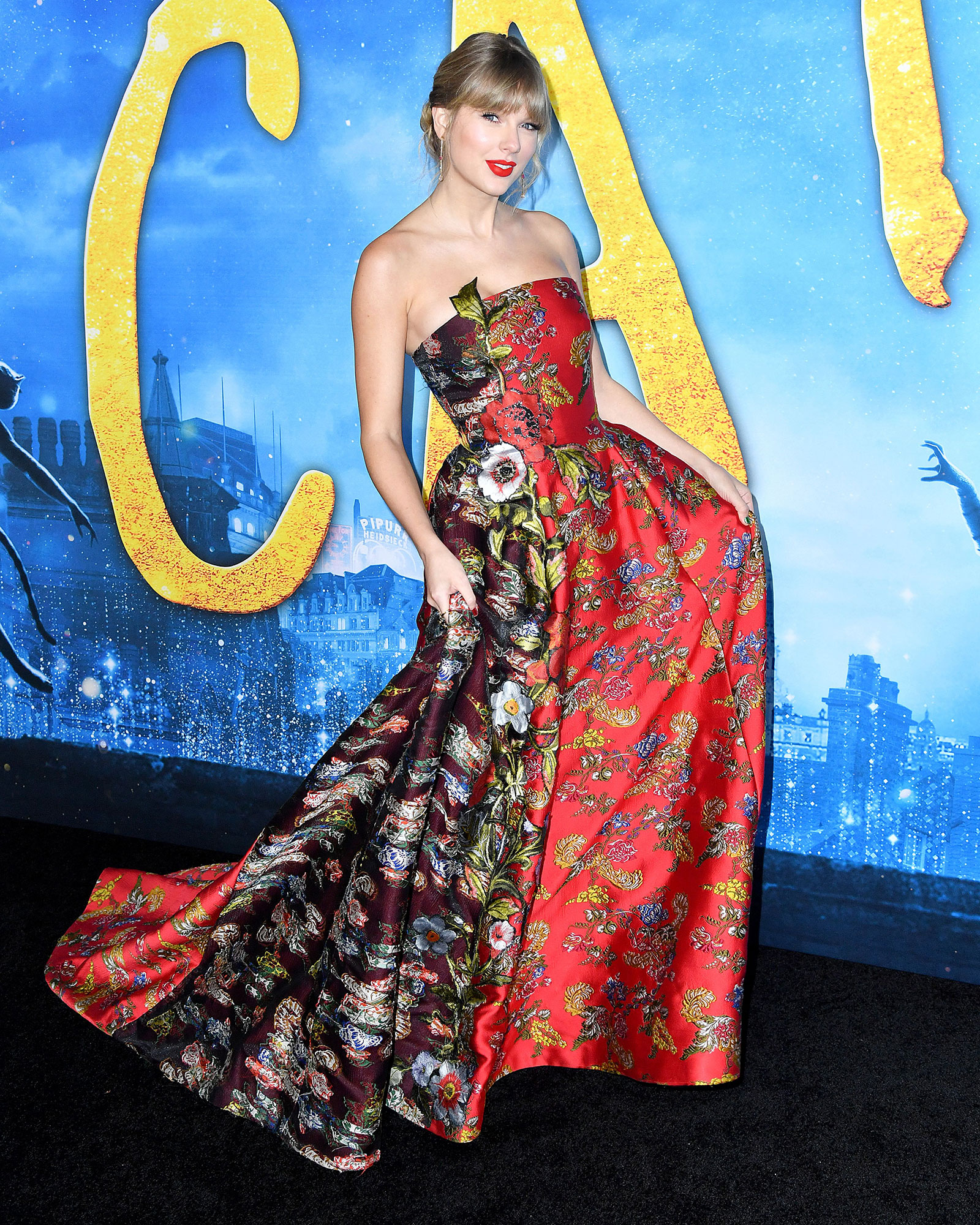 “The last year of my life has had some of the most amazing times and also some of just the hardest things I’ve gone through in my life,” she said at the American Music Awards. “Not a lot of them are things that haven’t been public, and I wanted to thank you so much for being the thing that has been a constant in my life. … This year for me, has been a lot. A lot of good, a lot of really complicated and so on behalf of, like, my family and me, thank you so much for being there and for caring.”

Luckily, Swift’s support system includes Alwyn. “Taylor has had a tough year and Joe has been a rock for her,” a source exclusively told Us Weekly earlier this month. While the pair spend a ton of time in separate cities, they are “still going very strong,” the insider shared, adding that they “spent Thanksgiving together in London.”

12/17/2019 Celebrities Comments Off on PDA! Joe Alwyn Is a Proud Boyfriend With Taylor Swift at ‘Cats’ Premiere
Recent Posts
We and our partners use cookies on this site to improve our service, perform analytics, personalize advertising, measure advertising performance, and remember website preferences.Ok