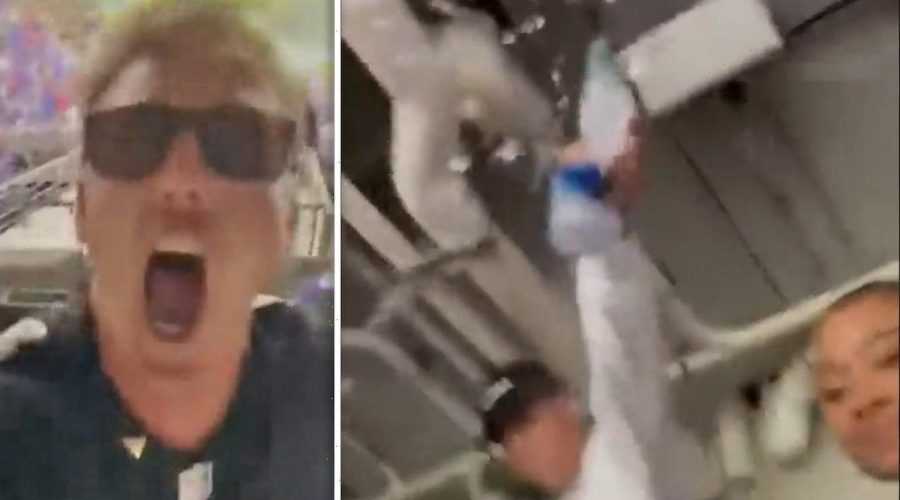 Patrick Mahomes‘ brother, famous TikTokker Jackson Mahomes, was so tired of being heckled by Ravens fans Sunday … he straight-up doused the men with water.

The scene went down just minutes after Patrick’s Chiefs lost a heartbreaker in Baltimore, 36-35 … when Ravens fans appeared to be talking smack to Jackson.

Eventually, Jackson grew so annoyed with the ribbing … he pulled out a water bottle, unscrewed the cap, and threw the contents all over the Ravens supporters.

Jackson then headed up the stairs to get inside one of the suites at M&T Bank Stadium.

The Baltimore fans didn’t appear to be too shaken up by the water-tossing … they celebrated with glee after Jackson left his seat.

Jackson, meanwhile, later commented on the incident on his social media page … saying, “they were thirsty.”