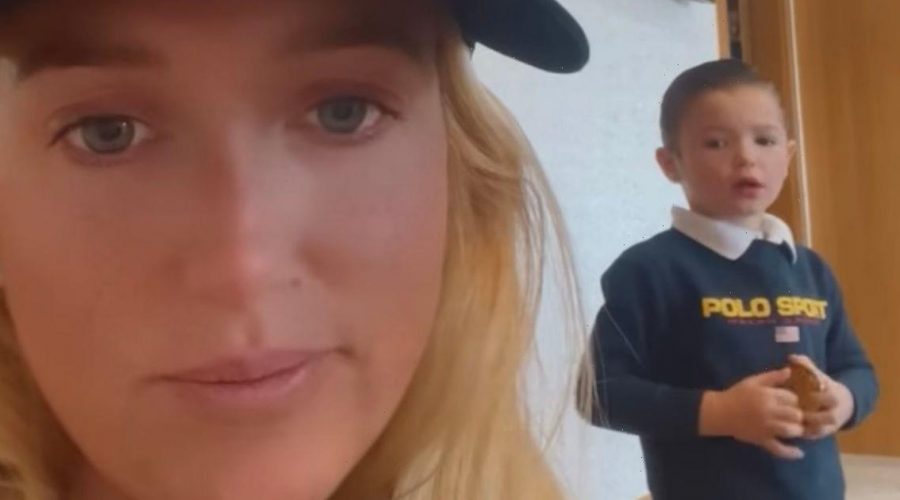 Paris Fury depicted just how much of a relatable mum she is with her latest Instagram video, which showed a situation that will be very familiar to parents up and down the UK.

Her three year old son Prince Adonis wasn't in the mood for returning to normal life post-Christmas and it was his mum's job to convince him that school was going to be fun.

When Paris, 33, asked Adonis if he was ready for school he replied: "I don't want to go." She reminded him that he enjoys his education saying: "You love school", but he fired back with: "I don't"

Despite his reluctance, Paris insisted: "You're going to school. It's January, you've got to go to school. Get your shoes on."

She captioned the video, "January Blues" and added, "Good morning world" to the short clip.

We imagine it's very busy in the Fury household in the morning time as Paris and husband Tyson Fury have six children together – daughters Venezuela, 12, Valencia, four, and Anthea, one, along with sons Prince John, nine, Prince Tyson II, five and the reluctant school-goer Prince Adonis.

Lucky for little Anthea she didn't have to rush off to school due to her age. Instead she spent the day with her mum, and the duo headed for a lovely lunch.

The restaurant they chose even had a mini door for Anthea to use to enter the venue, which is pretty adorable.

Before they headed off Paris took care of the household and told her fans that she'd had a busy day completing a whole list of chores.

These included making the beds, dressing and washing the kids, preparing breakfast, doing the school drop, nursery drop and then unloading and reloading the dishwasher.

Paris ensures that Tyson also does his fair share though, and recently shared a video of the professional fighter taking care of their Sainsbury's grocery shop while she pampered herself at the hairdressers.