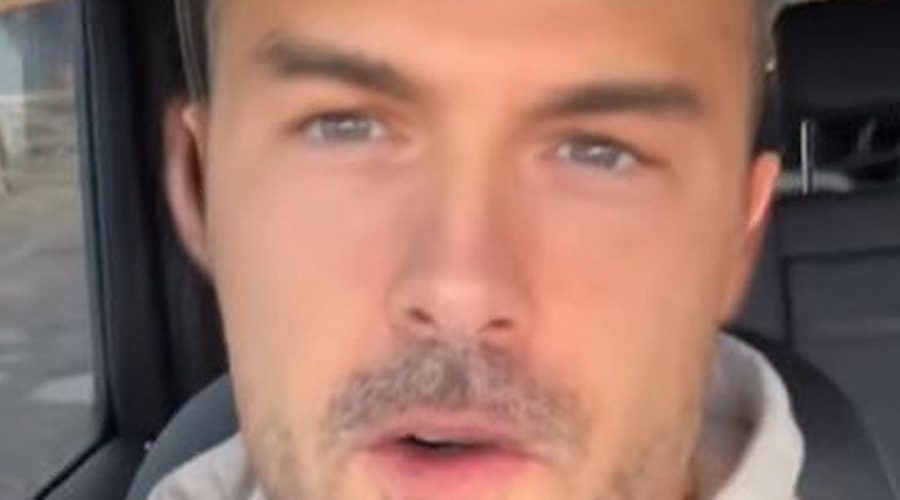 Paddy McGuinness hilariously responded to the claim he had cosmetic surgery over the holidays in a heavily-edited clip for his two million followers.

Paddy, who recently saw the New Year in with his ex-wife Christine McGuiness, took to Instagram on Wednesday, where he posted a satirical video of himself.

The former Take me Out presenter looked instantly different, with some fans joking that he resembled Love Island’s Andrew Le Page, who is currently sunning it up in Australia with Tasha Ghouri.

“Ignore the fake accounts. Unless it’s this guy, it’s not real. #turkey #fakeaccount #prime #plasticsurgery,” he captioned the post, which has since amassed over 26k likes.

In the video, he said: “Hello there, I've come on here today to address the unfounded rumours that I've had a bit of work done over Christmas.

“Yes, I've been to Turkey for a long weekend, but there's absolutely no truth in that I've had a bit of work done. This is just a tan and I've had a couple of cans of that Prime.”

“Also there's a lot of fake accounts going round of mine, unless it's this guy, it's not the real deal, happy 2023,” he added.

Reacting to the clip, one fan wrote: “You could see you struggling to keep a straight face!”

“I really appreciate the humor you started this year with! I will try to do the same,” another wrote, as a third added, “Love it. Yes one of your fake accounts is following me… weirdos!!!”

Despite splitting from Christine in June of last year, Paddy spent the holidays as a united family alongside his kids, twins Leo and Penelope, nine, and Felicity, six.

Speaking exclusively to OK! back in December, Christine, 34, spoke openly about the importance of spending Christmas as a whole family.

She explained: “That’s what the children are used to.

“We don’t know what the future holds or how it’s going to be moving forward, but we’ll try to keep things as normal as possible. We’re amicable. I’m quite happy for him to be there with the children and it’s nice for them to see Mummy and Daddy just being alright.

“We can sit and have a cup of tea together and that’s fine."

“I would never let the children be aware of anything other than us being happy and alright, because they’re so young and innocent," she added.

“When there are children involved, you’ve got to take your own feelings out of it and put the children first and that’s what we’re both trying to do.”