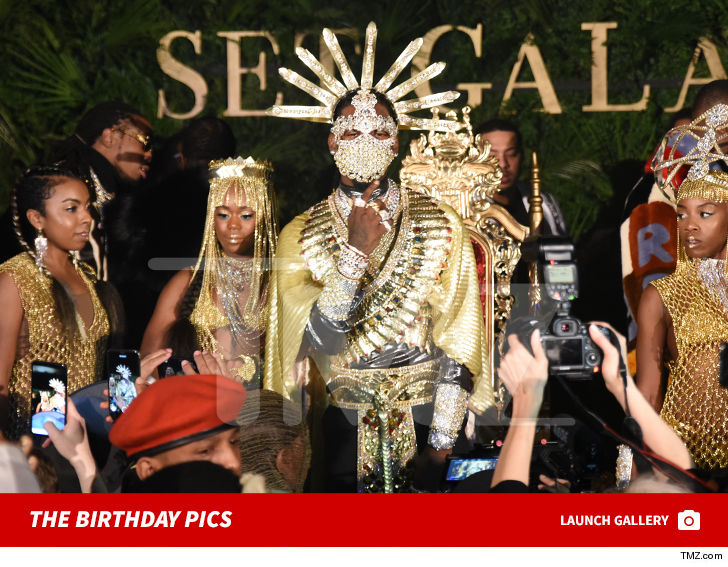 Offset kept the party going after crashing Cardi B‘s set with a second birthday bash for himself, where he covered up his face … but not in shame or anything. Quite the opposite.

After ambushing Cardi’s Rolling Loud set Saturday and begging for forgiveness — which he didn’t seem to receive in the moment — the Migos MC rolled on over to the Wilshire Ebell Theatre in L.A. … where he was decked out in all gold and a diamond-crusted face mask.

He seemed to be in good spirits too, underneath all the headgear — showing nothing but smiles as he performed despite the awkward run-in he’d caused just hours earlier.

If Offset was trying to shake off any bad vibes, he certainly had enough pals around to help him forget. Eyewitnesses tell us tons of other rappers were there celebrating with him — Kodak Black, Rae Sremmurd, Lil Yachty and 21 Savage just to name a few.

And if the homies weren’t enough, his label even gifted him a brand new Rolls Royce as part of the festivities. Funny enough … Cardi gave him something similar last year. 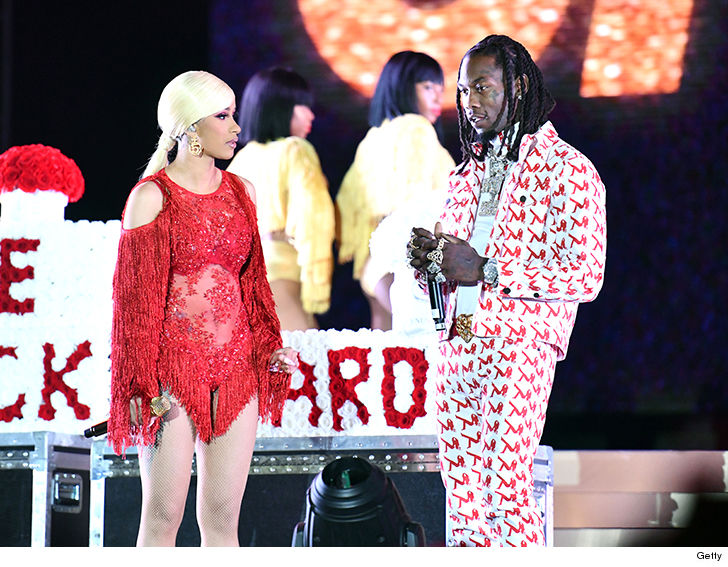