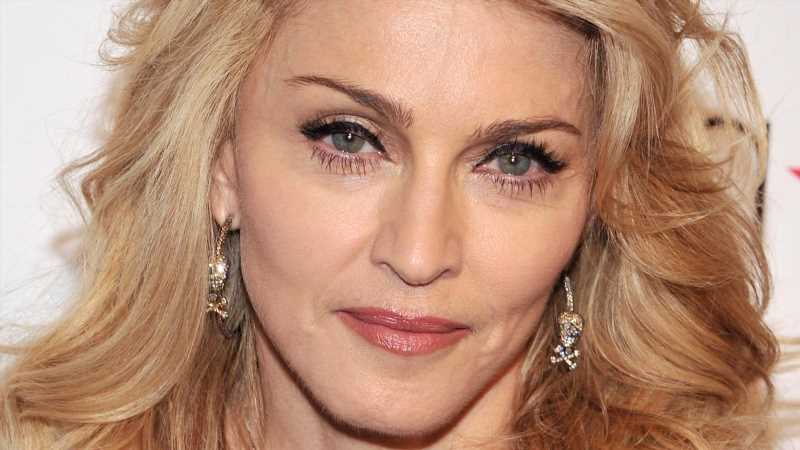 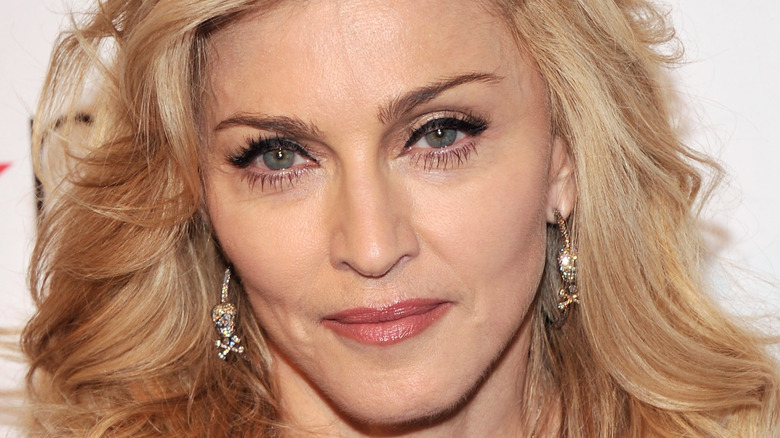 It goes without saying that Madonna is a certified fashion icon. After all, you don’t get to be the Queen of Pop without delivering some serious looks while claiming the throne. The reigning “Material Girl” diva has done just that since emerging on the scene in the ’80s, a fact that has been recognized by the likes of Vogue, Entertainment Weekly and the Independent. You know your sense of style is to die for when Vogue is talking you up.

The praise is well-earned, too. Madonna has given us countless, truly iconic fashion moments over the span of the last four decades. Her edgy, punked-up look of the early ’80s — complete with crucifixes, pearls and fishnet tights — is still replicated to this day (via Barnebys). Then there’s the cone bra, which put an empowering spin on the traditionally soft female form (via Vogue). The list continues as the singer’s style constantly shifted and evolved with every new era. That’s why the Huffington Post dubbed her the “ultimate style chameleon.”

She’s had so many moments of fashion excellence, that it should be impossible to pick a favorite. However, one look in particular goes down in history as her most recognizable. 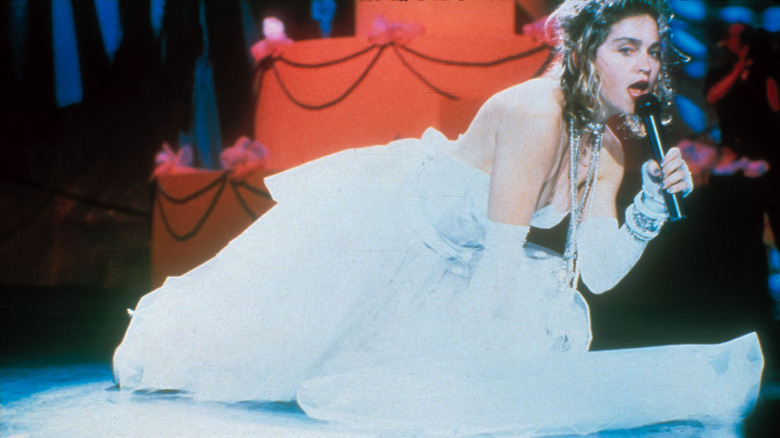 Although MTV’s Video Music Awards are one of the biggest nights in music now, the network allegedly struggled to book talent for its first show in 1984 (via Billboard). Madonna, fresh off the release of her debut album in 1983, was relatively unknown when she signed on to perform “Like A Virgin.” Emerging from a 17-foot-tall wedding cake wearing a skimpy wedding dress, pearls, rosaries, and a now-iconic belt emblazoned with Boy Toy, the rising star lost a shoe while descending the cake.

She may have been fresh on the scene, but Madonna handled the situation like a seasoned pro. By that we mean that she immediately dove to the ground, rolled around, and flashed her underwear to the audience while reclaiming it. She opened up about the incident in a 2012 interview with Jay Leno (via YouTube). “So I thought, ‘Well, I’ll just pretend I meant to do this,’ and I dove on the floor and I rolled around,” she coyly admitted. “And, as I reached for the shoe, the dress went up. And then the underpants were showing. I didn’t mean to.”

The media predicted the moment would ruin her. The actual outcome was quite different. “It put Madonna on the map as Queen of Pop,” MTV wrote in 2014. What’s more, it “established MTV’s annual award show as the place where water-cooler moments happen.” Instead of signifying her demise, the performance and its accompanying look have become a staple in Madonna’s legacy. 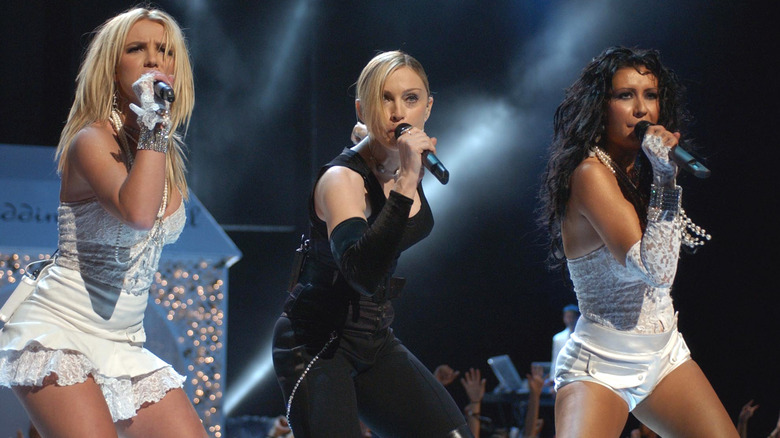 Madonna’s titillating bridal look is so iconic that it consistently emerges in popular culture. Famously, Britney Spears and Christina Aguilera re-created it during their performance with the Queen of Pop at the 2003 VMAs. You may remember it as the infamous performance where the two ingenues kissed Madonna at the end (via YouTube). Spears loved the dress so much that she wore it (minus the Boy Toy belt and sheer skirt) on the red carpet ahead of the event (via MTV).

Spears and Aguilera aren’t the only celebrities to pay tribute to one of Madonna’s most iconic looks. The outfit became a staple for celeb Halloween costumes. Sarah Michelle Gellar and Paris Hilton both put a spin on it back in 2013. Audrina Patridge of “The Hills” got the jump on them by wearing a similar look in 2007 (via E! Online).

And the dress hasn’t lost its legendary status over the years. If anything, it gained steam. In 2020, pop icon Jennifer Lopez dressed up as Madge for Halloween (via Instagram). The accompanying caption referenced the wrong song (“Crazy For You” instead of “Like A Virgin”), but there was no mistaking the timeless, oft-imitated look.

Here's how to replicate the outfit 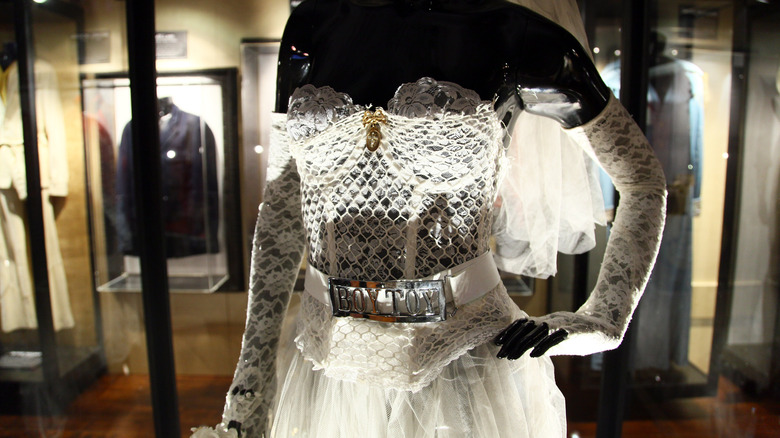 The iconic look isn’t just for celebrities, though. If you’ve ever wanted to channel the Queen of Pop, this is the perfect outfit to replicate. You can always order a ready-made version of the costume off a site like Amazon. However, if you’re feeling daring and looking to channel Madonna’s creativity, you could easily re-create the look on your own.

If you’re putting your own spin on this edgy, bridal look, Coolest Homemade Costumes has an easy-to-follow guide for putting together the outfit. Just don’t forget one of the most important accessories when you put on the costume. No, we’re not talking about the star earrings, which you also must have to pull everything together. What we’re talking about is Madonna’s undeniable confidence. That’s what truly elevates every outfit she ever wears and gives her the ability to pull off such daring looks, year after year.

07/30/2021 Celebrities Comments Off on Of All Of Madonna’s Looks, This Stands Above The Rest
Recent Posts