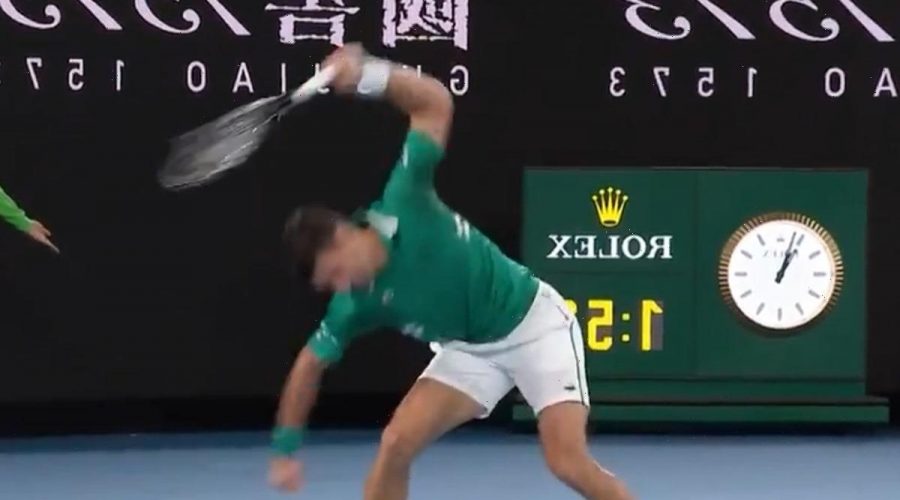 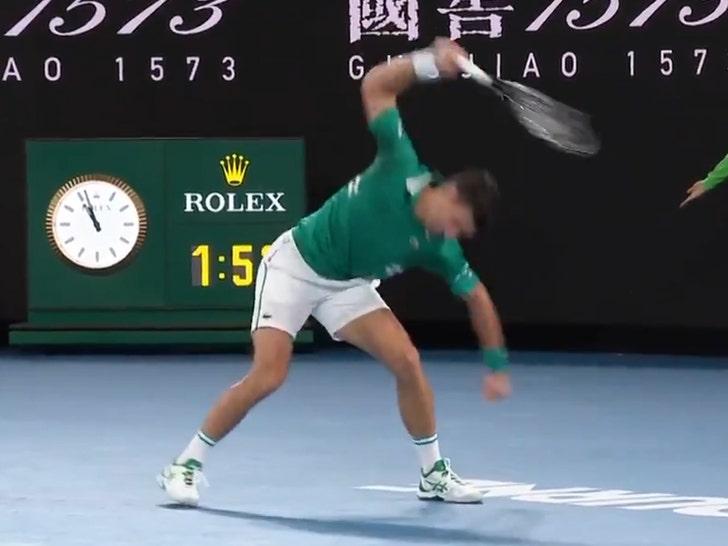 Tennis star Novak Djokovic absolutely lost his mind at the Australian Open on Tuesday … obliterating his racket in a fit of rage and causing a delay.

Djokovic — who’s been on edge in the major tournament Down Under as he’s fighting through an abdominal injury — was in a heated quarter-final match with Alexander Zverev when he lost his cool.

Tennis’ #1-ranked player returned a key serve in the third set into the net … and then melted down.

He let out a massive yell, slammed his racket into the court three times … and then walked to his bench and threw the destroyed piece of equipment down angrily.

The temper tantrum left such a mess on the court, a ball person actually had to sweep up all the debris. The court itself, meanwhile, had three scars in it!! 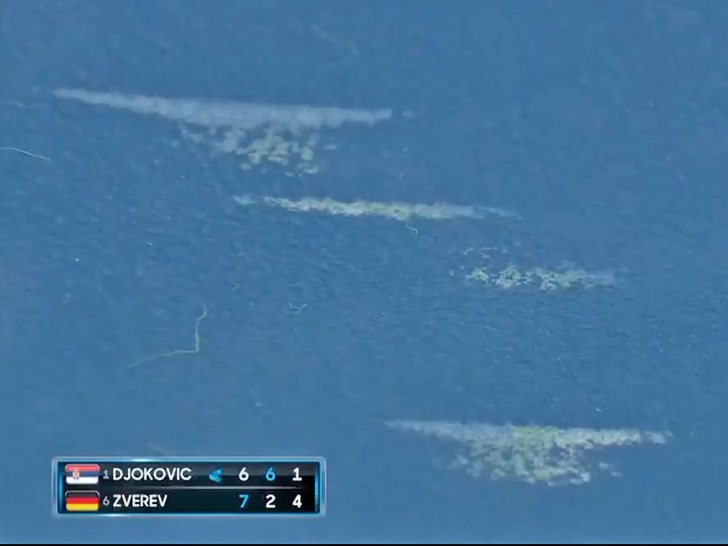 Djokovic, though, was NOT penalized for the outburst … and he ended up battling his way to a victory. Afterward, Novak admitted he felt “drained.”

Of course, the 33-year-old is no stranger to outbursts on the court … remember, he was disqualified from the U.S. Open back in September after he angrily and haphazardly hit a ball at a lineswoman.

At the time, Djokovic apologized for that incident … and vowed to grow from the ordeal.