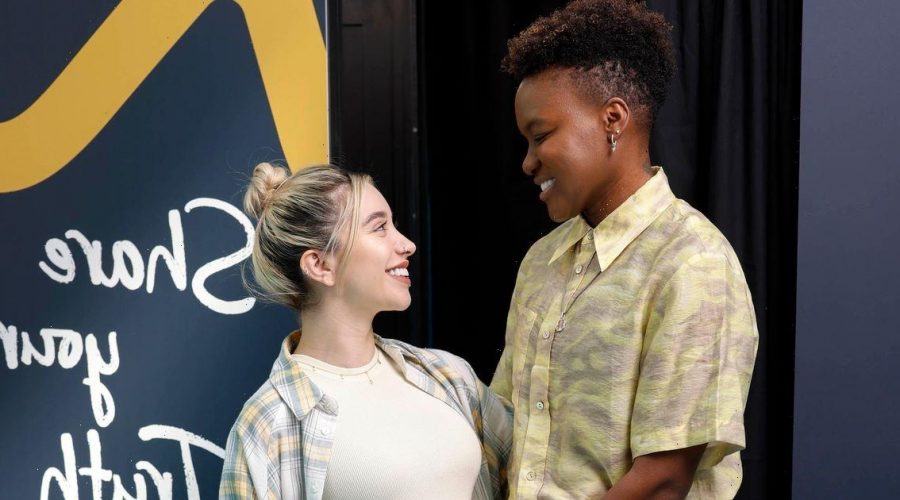 The former professional boxer, 39, and her partner are expecting their first child together.

Taking to Instagram, the two shared a black and white photograph of the Nicola wrapping her arms around Ella's baby bump. The 39 year old can also be seen making a heart shape with her fingers.

Using a white love heart emoji, the pair captioned the photo with: "Here's to life."

Nicola and Ella have been together since 2018. Ella revealed to Bobby Norris and Cici Coleman on Fubar's Access All Areas that Nicola was the first masculine lesbian she had ever dated.

She said: "Nikki is the first masculine lesbian that I've ever dated. I thought I liked girls that look like me and wondered why I always just wanted to be friends with them. So, like, you don't see any different people growing up.

Earlier this year, the former boxer opened up about the couple's IVF struggles to Vogue.

Nicola said: "In 2019, we started our fertility journey. We had a lot of appointments and did a lot of tests before the actual process started. We decided that Ella would carry the baby, that we’d use my egg, and find a sperm donor that resembled Ella.

"The main hurdle was not knowing as much about IVF as we do now – about the tests that needed to be done and the things to look out for which can affect the pregnancy."

She added: "Unbeknownst to us, Ella went through her first rounds of IVF with an underactive thyroid which can dramatically impact the chances of having a healthy pregnancy. It’s something that’s easy to diagnose with blood tests and treat with medication. Our first attempt failed and Ella had a miscarriage."

The couple then had two more failed attempts of IVF before finally getting pregnant again.