A month after Nicki Minaj gave birth to her baby boy, the ‘Chun Li’ rapper shared a look back when she was still pregnant…while also revealing that her long-rumored collab with NBA YoungBoy is on its way!

Nicki Minaj will end this year as one of the most prolific artists of 2020 – literally. In addition to welcoming her first child, Nicki, 37, has featured on so many songs this year, the latest being her new song with NBA YoungBoy. “#WhatThatSpeedBout THURSDAY NIGHT  NBA YOUNG BOY X BARBIE X MIKE WILL [MAKE IT],” Nicki captioned the shot she posted to her Instagram on Nov. 2. In the picture, Nicki poses next to YoungBoy, 21, while wearing a futuristic-looking, neon green outfit. Obviously, this photo was taken during the set of a music video, and it was clearly taken when Nicki was still pregnant because her baby bump is out in full display!

Not only did this photo give the Barbz a throwback glimpse at when Nicki was still knocked up, but it also confirmed the rumored collaboration. It turns out, this “What That Speed Bout” is neither a YoungBoy nor a Nicki track, but a Mike Will Made It song. “QUEEN APPROVED,” he tweeted shortly after she shared the picture. “Thank u for ur patience, the wait is over… BIG hit this Friday, we goin up, the fast way!!  first single off my album #whatthatspeedbout.”

Initially, it was speculated that this song was NBA YoungBoy’s wish coming true. The rapper put out a song titled “Nicki Minaj” in 2018, a love sod for the type of dream woman he wants. At the start of August, he posted-and-deleted a few shots taken from the music video, including the one Nicki shared, leading some to get hyped about this possible collab. Instead, it was silence from YoungBoy’s camp but not from Nicki’s. Since that time, she’s appeared on three different tracks: Ty Dolla $ign’s “Expensive”; “Oh My Gawd,” a collab featuring Mr. Eazi, Major Lazer, and K4mo; and a remix of Sada Baby’s “Whole Lotta Choppas.”

Along with those 2020 songs, Nicki has guested on ASAP Ferg’s “Move Ya Hips” and Megan Trainor’s “Nice To Meet Ya.” She’s also topped the Billboard Hot 100 with Doja Cat (“Say So”) and 6ix9ine (“Trollz”). She also released her own single, the Rosa Parks-mentioning “Yikes.” Add on top of this that she gave birth to a baby boy this year, and 2020 has been busy for Nicki. 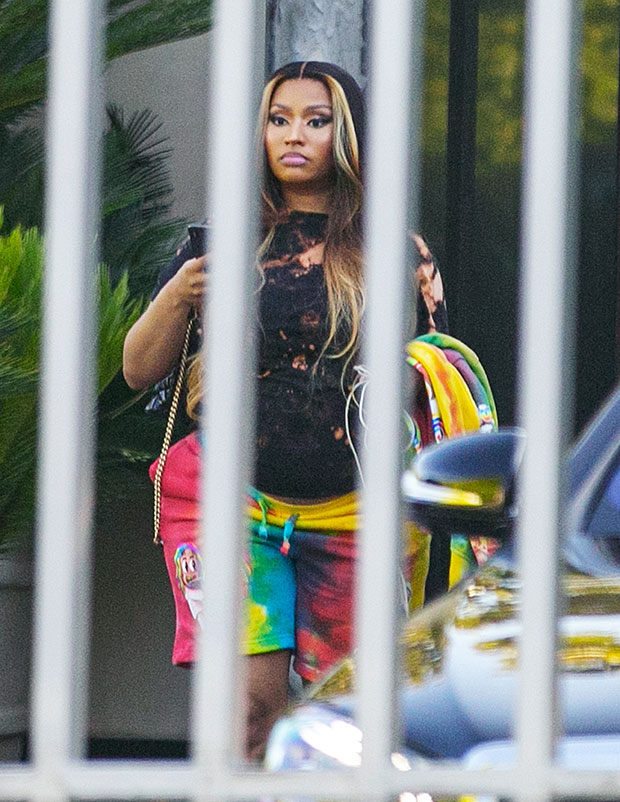 Ms. Petty confirmed that she and her husband, Kenneth “Zoo” Petty, welcomed a bouncing baby boy with an Oct. 15 Instagram post. She shared pictures of all the cards and gifts from her famous friends – including Beyoncé, Kim Kardashian, and Winnie Harlow – while saying she’s “madly in love” with her “favorite liddo boy in the whole wide world.” She has yet to reveal her son’s name, but she did share his “first photo” – aka a snap of the boy’s foot – on Oct. 21. “Happy anniversary, my love,” she said, referencing how she and Kenneth tied the knot on that date in 2019.