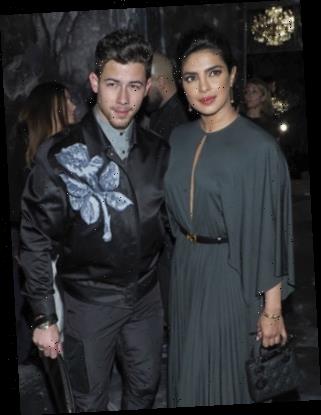 Nick Jonas not only wants to be a dad — he’s ‘ready’ to take on the role. The ‘Spaceman’ singer opened up about his baby plans with Priyanka Chopra on Zane Lowe’s podcast.

Nick Jonas is “ready” for parenthood. When asked if he’s “looking forward to being a dad” on the March 16 episode of Zane Lowe‘s Apple Music podcast, Nick answered on behalf of his wife, Priyanka Chopra, too: “Of course. That is certainly something we’re both looking forward to. And know that it’ll happen when it’s supposed to and we’re ready for that.”

Nick also gave an update on his relationship with Priyanka, whom he started dating in 2018. “I think that being friends first really helped,” Nick admitted during the interview — remember when they attended the 2017 Met Gala as friends? The Jonas Brothers member added, “There was a built-in trust because we knew each other first as friends and you’ve got to be best friends with your person for it, I think, to work…”

“And so that was a major factor. And then also once we really gave it a real shot it was a no-brainer. It was just like, oh,” the “Spaceman” singer continued. “I have said this before, but I describe it as there just being an unimaginable peace that surrounded me and the whole situation that just kind of let me know it was the right thing.”

Nick added that Priyanka was “on the same page pretty, pretty quickly.” While looking back at this whirlwind romance — which will be celebrating a big milestone at the end of this year — he said, “And our third wedding anniversary this year. Those years just kind of go by really quickly when you’re having fun. That is true.”

This isn’t the first time Nick has discussed his family plans in an interview. The Disney Channel alum admitted to wanting “many” kids — “or whatever that is” — in an interview with E! News in Feb. 2021. Priyanka is also hoping for more than one child! “I do want children, as many as I can have,” the actress told The Sunday Times in Jan. 2021.

However, it looks like Priyanka has other work priorities to tend to first! After spending much of quarantine with her husband, the Quantico star flew to Germany to film Matrix 4 in Oct. 2020, and proceeded to relocate to London for various filming projects. “I finished one movie here and now I have a TV show for Amazon that I’m doing, called Citadel, that starts now,” Priyanka revealed during a virtual interview on The Ellen DeGeneres Show in Jan. 2021. Priyanka will remain in the English capital throughout most of the year.