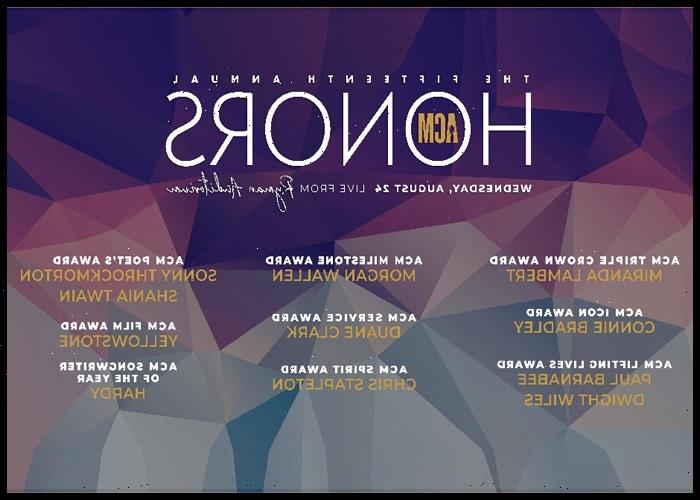 The Academy of Country Music on Wednesday announced the recipients of the Special Awards for the 57th ACM Awards.

Connie Bradley has been chosen to receive the ACM Icon Award for helping advance the popularity of the genre through her contributions. Bradley served more than three decades at the American Society of Composers, Authors and Publishers (ASCAP), championing songwriters.

Morgan Wallen won the ACM Milestone Award, Chris Stapleton has been chosen for the ACM Spirit Award, Sonny Throckmorton and Shania Twain have each been chosen as recipients of the ACM Poet’s Award, and Duane Clark won the ACM Service Award.

“Yellowstone,” which tells the compelling story of the Dutton family, was selected for the ACM Film Award.

The winners will be celebrated during the Academy of Country Music Honors, to be held at the Ryman Auditorium in Nashville, Tennessee, on August 24.

Previously announced Songwriter of the Year winner HARDY, as well as Studio Recording Award and Industry Award winners, will be feted at the ceremony.

The Academy said it will announce the list of performers, host, and ticket on-sale information in the coming weeks.