Mindy Kaling and B.J. Novak are known for their on-again-off-again relationship in real life and on-screen. They are no longer dating, but The Office stars are still very close. And in a recent interview, Kaling revealed that Novak visits her weekly and is quite attached to her daughter. 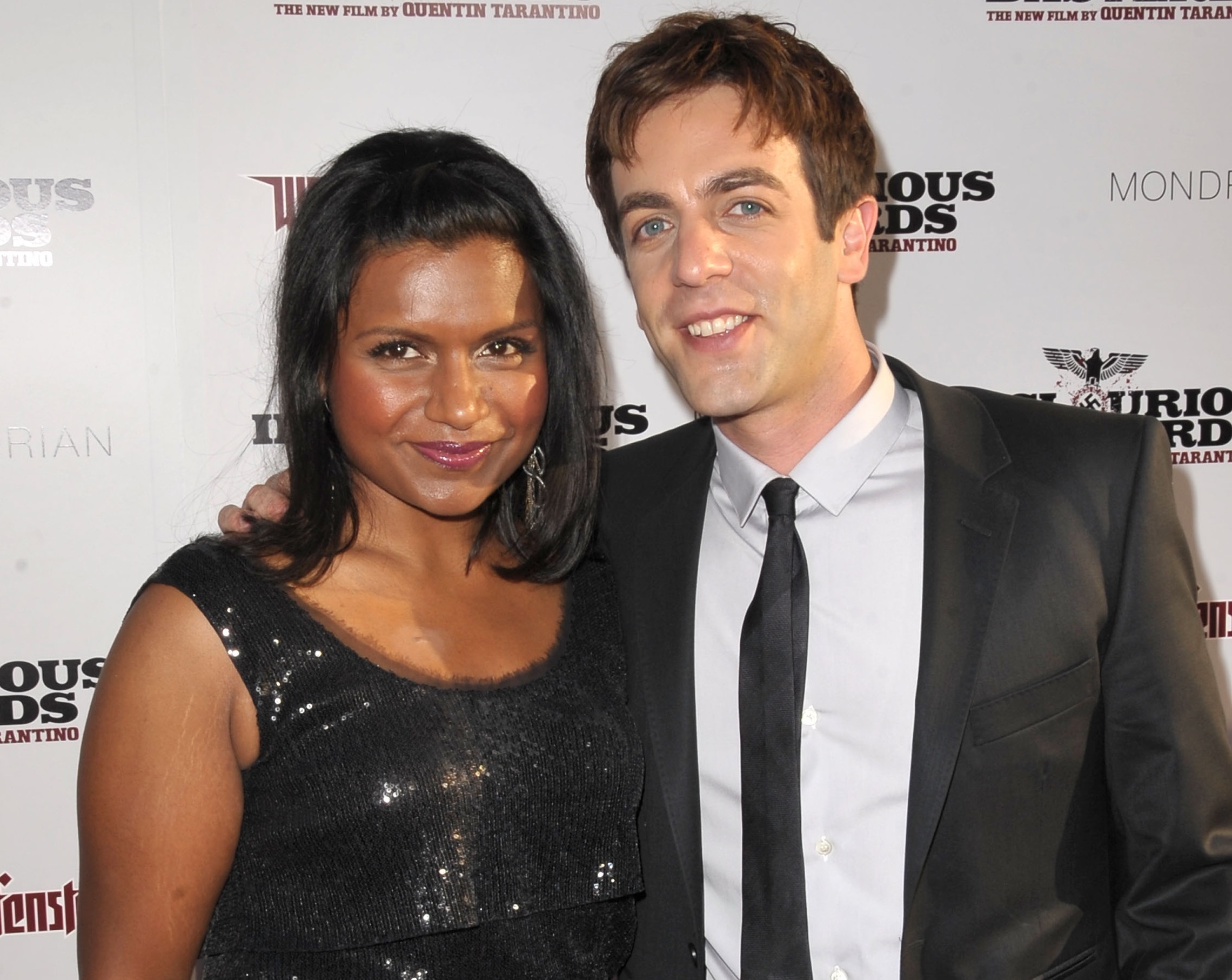 Mindy Kaling is a new mom

In 2017, Kaling gave birth to her daughter, Katherine, and introduced her to the world without revealing her father’s identity. Kaling was very public about her first pregnancy and often shared pictures of her baby bump on social media.

But in October 2020, Kaling surprised fans when she revealed that she had recently given birth to a baby boy, Spencer. In an interview with Stephen Colbert, she noted that she was pregnant during the COVID-19 pandemic and didn’t want to make a fuss about it while the world was suffering.

“No one saw me,” Kaling told Colbert. “There was so much going on and so much heartbreak in the world that it felt strange to go out of my way.”

B.J. Novak is her kids’ godfather

In a 2019 interview with Good Housekeeping, Kaling revealed that while she and Novak weren’t dating, they still shared an extremely close bond. She said that soon after Katherine was born, she chose Novak to be her godfather.

“The truth is that B.J. is so much more like family now than a platonic friend,” said Kaling. “He’s the godfather to my daughter, he comes over like once a week. Sometimes he’ll come over just to hang out with her.”

And when talking to Cobert about her new baby boy, Kaling joked that despite their religious differences, Novak is a godfather to her son as well. “It’s hard because the concept of a godfather is a Christian thing,” she said. “So he’s Jewish, my kids are Hindu, and so, maybe he was not the right person to pick, actually.”

Mindy Kaling reveals how close B.J. Novak is with her daughter

In a recent chat with Hoda Kotob and Jenna Bush Hager for Today, Kaling talked about how close Novak is with her children. She revealed that she asked him to take care of her kids if anything were to happen to her.

“You know, he said the funniest thing because he’s so attached to my older child, my daughter,” Kaling shared. “When I said, you know, ‘B.J., if something happens to me, it’s not like I have a husband like you have to just take the kids.’ And he’s like ‘Oh, my God, don’t tempt me.’”

Kaling said that Novak is so attached to her daughter that he jokes about taking custody. “He said the funniest thing, he was like, ‘Can you sue for god-paternity rights?’” she said. “He just loves her so much.”

Kaling has not revealed any details about her children’s paternity. She previously stated that she would like to talk to her kids about their father before telling anyone else.