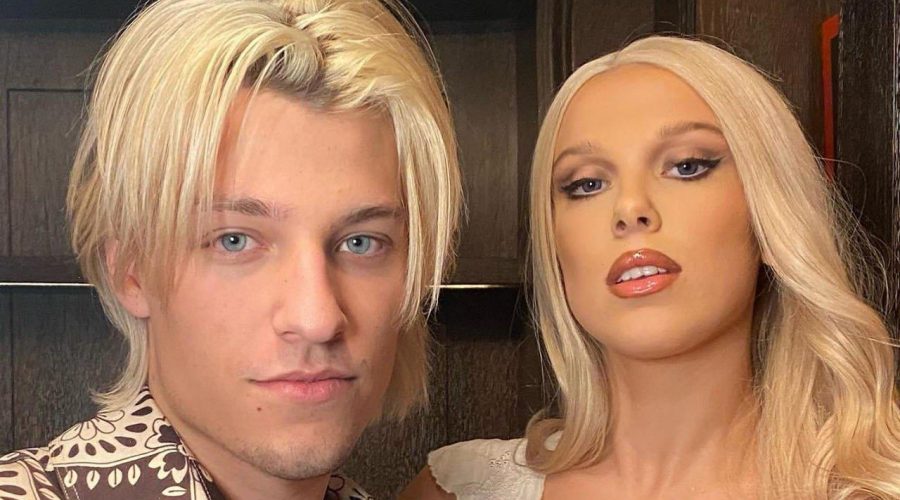 The ‘Enola Holmes’ actress also posts a snapshot of her sporting bright red bikini as she wishes her fans and followers a Merry Christmas from her tropical holiday.

AceShowbiz –Millie Bobby Brown is offering fans and followers a closer look at how she celebrates Christmas with Jake Bongiovi. Taking to her social media, the “Stranger Things” star posted the “sneak peek.”

On Monday, December 26, the 18-year-old actress turned to her Instagram Story to share a loved up snapshot with the son of Jon Bon Jovi. In the photo, she could be seen planting a kiss on her 20-year-old boyfriend’s cheek. “sneak peek,” so she captioned the post.

Millie, who sported a bare face, looked radiant in what appeared to be a white-and-red striped bikini. The “Enola Holmes” actress had cute pigtails with a turquoise hair band and two small hoop earrings. Jake, in the meantime, donned a gray T-shirt and black sunglasses. 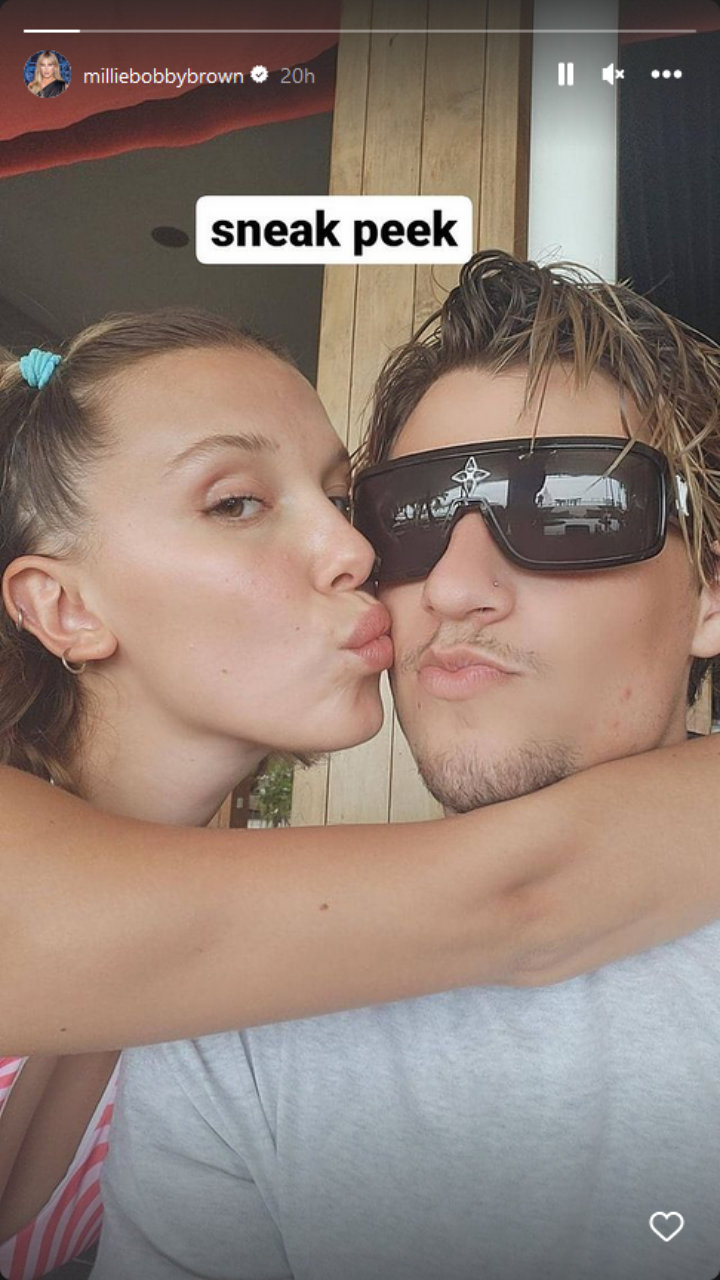 Millie Bobby Brown posted a loved up photo with boyfriend Jake Bongiovi as they celebrate Christmas together.

Millie and Jake reportedly went home for a bit over the holidays to spend time with both of their families. On Sunday, December 25, the “Godzilla vs. Kong” actress posted a picture of herself rocking a bright red bikini to celebrate the special day.

Millie could also be seen wearing an off-white coverup knit skirt and a red flower in her hair to go with the swimsuit, with a tropical landscape behind her. She captioned the post, “merry christmas [red heart emoji].”

Fans loved the cute photo as it gained nearly 6 million likes. In the comments section, one fan joked, “Everyone posting their Xmas with snow or something. Millie posting it at a beach.” Another wrote, “MERRY CHRISTMAS YOU BEAUTIFUL GIRL! Have a great day! You deserve it. Thank you for everything.”

Last week, Radar Online unveiled how Millie and Jake would spend the holidays together as their romance continues to heat up. One source told the site, “[They] have plans to divide time between their families and conquer the holidays before ringing in the new year together.” The insider further said of their romance, noting that though it’s Millie’s “first serious relationship,” it feels “right.”

Millie and Jake first met on Instagram in 2021. Revealing the meet cute was Millie herself. During an interview with WIRED, she candidly disclosed that they connected on the social media platform and became friends before romance was sparked. “We met on Instagram. And we were friends for a bit, and then, what can I say?” she said when answering the Internet’s most searched questions about her.

Then in June last year, Millie and Jake went public with their relationship. At the time, they were caught holding hands while casually strolling the streets around New York City. Since then, the pair enjoy posting snaps of each other to their social media accounts.