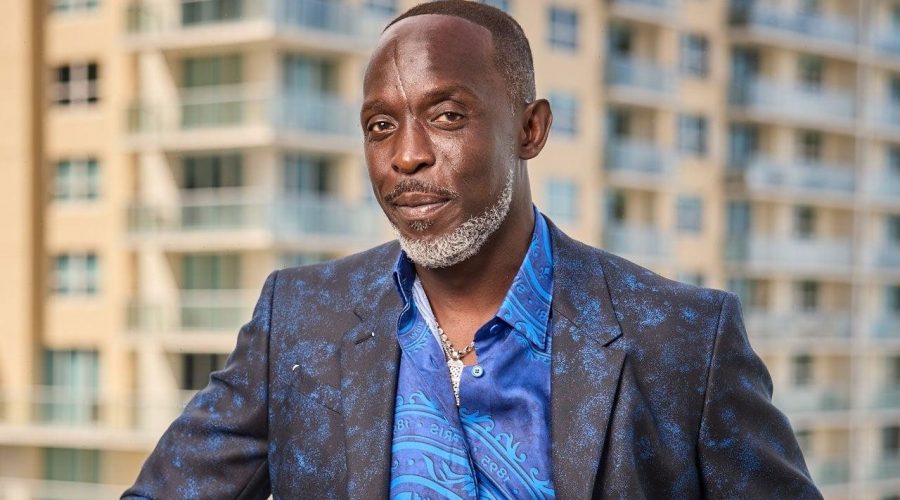 Hollywood is in shock and mourning. Celebrated actor Michael K. Williams died on Monday and many of his famous friends and fans have taken to social media to share their condolences.

Williams’ co-star in The Wire, Wendell Pierce, penned an emotional tribute to Williams on Twitter, sharing a heartfelt message of love and pain over his tragic, shocking death.

“The depth of my love for this brother, can only be matched by the depth of my pain learning of his loss,” Pierce wrote, in part. “A immensely talented man with the ability to give voice to the human condition portraying the lives of those whose humanity is seldom elevated until he sings their truth.”

“He was proud of the artist he had become, asking for my advice long after he had surpassed any incite I could have shared. Always truthful, never inauthentic. The kindest of persons. Like two mischievous kids, we would laugh & joke whenever we would meet.”

If you don’t know, you better ask somebody. His name was Michael K. Williams. He shared with me his secret fears then stepped out into his acting with true courage, acting in the face of fear, not in the absence of it. It took me years to learn what Michael had in abundance. pic.twitter.com/BIkoPPrPzg

THE WIRE brought us together and immortalized Omar & Bunk in that “scene” on a park bench.But for us we aimed to take that moment in time together and say something about Black men. Our struggle with ourselves, internally, and each other. For me & Mike we had nothing but respect pic.twitter.com/CfDW3rcY2c

“It is with deep sorrow that the family announces the passing of Emmy nominated actor Michael Kenneth Williams. They ask for your privacy while grieving this unsurmountable loss,” his long-time rep, Marianna Shafran of Shafran PR, told THR. According to The New York Post, The Wire actor was found dead in the living room of his Brooklyn apartment Monday by his nephew.

Williams was made famous for his role as Omar Little in the cult-classic TV series The Wire and as Chalky White in Boardwalk Empire. He was also nominated for an Emmy for his role in the HBO horror drama Lovecraft Country.

“A lot of people knew him as Omar, I knew him as Chalky. I’m sure his family knew his as Michael,” Chance the Rapper tweeted. “Thanks for all you gave to encourage, enlighten and entertain people you didn’t even know. Praying for your people.”

A lot of people knew him as Omar, I knew him as Chalky. I’m sure his family knew his as Michael. Thanks for all you gave to encourage, enlighten and entertain people you didn’t even know. Praying for your people. 🕊 pic.twitter.com/mDmXPM5lPR

Fellow star of The Wire, Isiah Whitlock Jr., also paid tribute, sharing, “Shocked and saddened by the death of Michael K Williams. One of the nicest brothers on the planet with the biggest heart.”

“An amazing actor and soul. May you RIP. God bless,” he added.

Shocked and saddened by the death of Michael K Williams. One of the nicest brothers on the planet with the biggest heart. An amazing actor and soul.
May you RIP. God bless.

The outpouring of sadness, condolences and memories has continued throughout the day. Here’s a look at some of the other tributes shared by Williams friends and fans:

Rest in Power Michael K Williams💔💔💔💔💔💔 Prayers Up. Spirits shook. Pain immense. Keep your head up family. We’ll pull through but first let’s give this black man every last one of his 💐🌺🌸🙏🏿 Hold on to the ones you 💕 pic.twitter.com/1dGUBEp4d9

Michael K Williams, in addition to being one of the most talented actors around, was also one of the kindest, sweetest, most gentle souls I’ve ever met. This is heartbreaking. My thoughts are with all those who loved him. ❤️

Goddamn it. We lost one of our best, most talented. RIP #MichaelKWilliams. Breaks my heart. pic.twitter.com/K2ex1vhA88

I can’t…I’m crushed. 💔 no words. I love you bro. RIP to the legend Michael K Williams aka one of the dopest Actors/Brother in the world. #Omar#TheWIRE FOR LIFE. I’m off the grid for a while hard to process this one. I love you bro smh damn 🤦🏿‍♂️ 😥😥😥 pic.twitter.com/UNK3F94opM

"It's All In The Game, Yo." pic.twitter.com/xMnNaGd89L

RIP to the man who made Omar Little one of the greatest characters in television history. Anyone who watched Michael K. Williams act was better for the experience. pic.twitter.com/E05sWrpJbf

Damn! Such a loss! This man was an amazing actor and a beautiful artist gone too soon…🙏🏾 Michael K. Williams Dead: 'The Wire' Star Was 54 – Variety https://t.co/ctvgMnCBgf

Michael K. Williams 🕊was one of my favorite actors. The detail, truths, and heart his performances embody is immense. So sad to learn of his passing.

Yo, if you have a problem w/ depression, addiction, crisis of faith. Whatever it is. Please talk to somebody. Please consider help, even if it's uncomfortable.

I will forever love the work of Michael K. Williams. I sincerely hope he's at peace w/ the loved ones who came before.

Rest in Peace Michael K. Williams. Gone far too soon. A man that taught me so much. Thank you for your wisdom. pic.twitter.com/qoOKxdnErF

Michael K Williams was a beautiful, passionate, expansive soul. I felt so lucky to have known him, and we were all so fortunate to have enjoyed his incredible talent. He burned so very bright.

You will forever be The King. pic.twitter.com/LuFY0tG9NA