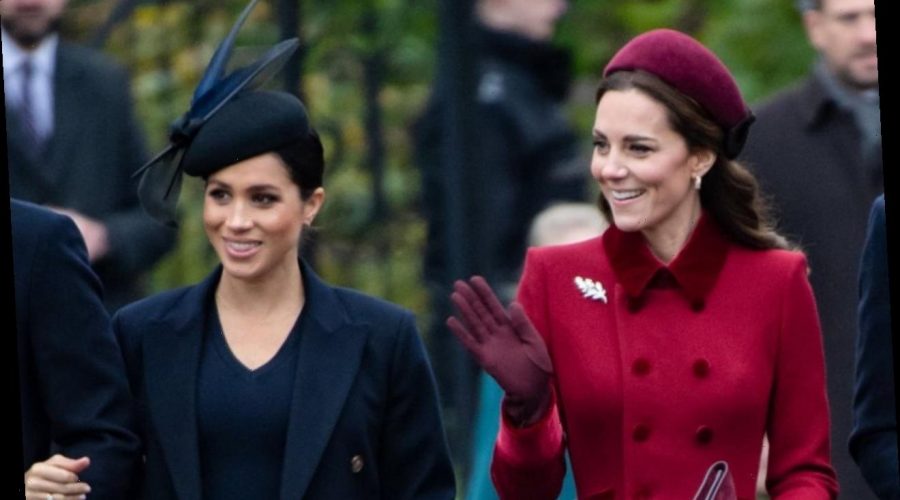 The Duchess of Sussex previously addressed reports that she made Kate cry prior to her wedding to Prince Harry, telling Oprah Winfrey that ‘the reverse happened’ and ‘it made me cry and it really hurt my feelings.’

AceShowbiz –Meghan Markle‘s alleged email to the Palace about the false claims regarding her making Kate Middleton cry prior to her wedding to Prince Harry has surfaced online. According to a new report by Harper’s Bazaar, the Duchess of Sussex complained in an email about why the British royals didn’t make an attempt to set the record straight about the matter.

Royal editor-at-large Omid Scobie, who wrote Meghan and Harry’s biography “Finding Freedom”, shared that the conversation emerged as Meghan and one of her aides talked about Meghan and Harry being asked to sign off on a statement that said Prince William was not bullying the couple before they decided to step away from their royal family duties. “Well, if we’re just throwing any statement out there now, then perhaps KP can finally set the record straight about me [not making Kate cry],” a source revealed to Omid.

Meghan previously addressed the Kate situation in her tell-all interview with Oprah Winfrey. “The truth? The reverse happened. A few days before the wedding, she was upset about something – yes, the issue was correct, about the flower girl dresses – and it made me cry and it really hurt my feelings,” the Duchess told the host in the Sunday, March 7 special interview. “Everyone in the institution knew it wasn’t true,” she added. When Oprah asked, “So why didn’t somebody just say that?” Meghan replied, “That’s a good question.”

“I thought, in the context of everything else that was going on in those days leading to the wedding, that it didn’t make sense to not be just doing whatever–what everyone else was doing, which was trying to be supportive, knowing what was going on with my dad and whatnot,” the expecting Duchess added.

“I did anything they told me to do,” Meghan continued. “Of course I did, because it was also through the lens of ‘And we’ll protect you.’ So, even as things started to roll out in the media that I didn’t see but my friends would call me and say, ‘Meg, this is really bad,’ because I didn’t see it, I’d go, ‘Don’t worry. I’m being protected.’ “