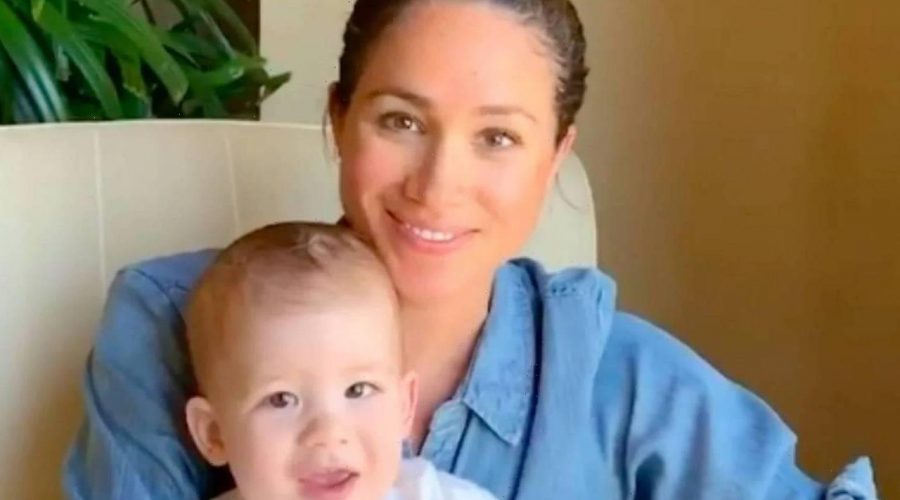 The Duchess of Sussex recalls a terrifying incident in which the nursery of her then-four-month-old baby caught ablaze when she and royal husband Prince Harry visited South Africa.

AceShowbiz -The Duchess of Sussex recently revealed her son Archie’s nursery caught ablaze during a royal tour of South Africa. In a conversation with tennis legend Serena Williams in the premiere episode of her “Archetypes” podcast, Meghan recalled the horrifying incident and explained that she had to continue with her engagements despite the shock.

Meghan and her husband Prince Harry visited the Nyanga township in South Africa for an official talk while Archie, then just four months old, was looked after by staff when the blaze occurred in 2019.

She recalled, “We finished the engagement, we get in the car and they say: there’s been a fire at the residence.” A stunned Williams responded, “What?”

Meghan continued, “(They said) ‘There’s been a fire in the baby’s room.’ I can’t believe I’m even talking about this. We’d just landed an hour, two hours before. We raced back, and our amazing nanny Lauren, who we’d had all the way from Canada to here, was in floods of tears.”

The former “Suits” star – who was known as Meghan Markle before she married into the British Royal Family – explained that their nanny was preparing to put Archie in bed for his nap when she decided to bring him with her at the last minute so she could get a snack instead.

She said, “In that amount of time that she went downstairs, the heater in the nursery caught on fire. There was no smoke detector, someone happened to smell smoke down the hallway, went in, fire (was) extinguished. He was supposed to be sleeping in there.”

“We came back, and of course, as a mother… everyone’s in tears, everyone’s shaken. And what did we have to do? Go out and give another official engagement.”

The revelation was made in the first episode of the “Archetypes” Spotify podcast, which launched on Tuesday (23.08.22) and features a candid chat between Meghan and the tennis icon.

A description for the episode, titled “The Misconception of Ambition with Serena Williams”, reads, “Meghan talks to the one and only Serena Williams about the double standard women face when they are labelled ‘ambitious’ and the ripple effects this has on other aspects of their lives.”

The launch episode comes almost two years after Meghan and Harry – who stepped down as senior members of the British Royal Family in 2020 before relocating to California – announced their partnership with Spotify through their Archewell Audio company.

A Holiday Special had previously been released in the same year, with guests such as James Corden and Sir Elton John. Archie also made an adorable cameo appearance.