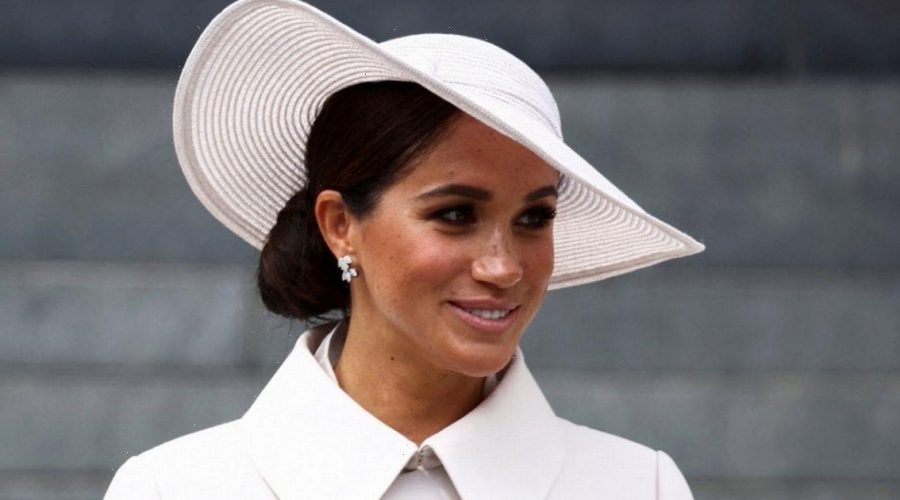 Meghan Markle, wife of Prince Harry, is said to be holding a grudge against pop star Katy Perry after comments the songstress made about her wedding dress.

Former Suits actress Meghan, 41, married Prince Harry, 37, in a lavish ceremony in 2018 with the bride donning a simple white gown by Givenchy.

After initially living in the UK, she and Harry moved to a huge mansion in Montecito, California, following the bombshell 2020 announcement that they were stepping down as senior members of the Royal Family.

Naturally, living in California, they're bound to rub shoulders with celebrity royalty, and Prince Harry is said to have struck up a friendship with Lord of the Rings actor, Orlando Bloom, 45, who is engaged to Katy.

It doesn't look like Meghan and Katy will be striking up a friendship though. It's thought Meghan isn't over the comment Katy made during a 2018 promotional tour for American Idol. The singer said she "would’ve done one more fitting."

A source told The Daily Star: "Orlando is very sympathetic towards Harry and Meghan and does reach out if he ever sees anything suspicious in the neighborhood."

The source added: "However, Meghan is keenly aware of a comment that Katy Perry made in 2018 about her wedding dress and is notorious for holding a grudge."

"While the comment wasn't meant to be hurtful, Meghan felt under siege at that time and was overwhelmed by arguments with staff, the Duchess of Cambridge, and Thomas Markle."

They added: "I would not expect to see Meghan and Katy carpooling to PTA meetings anytime in the future!"

The claims were made by a source close to the pair amid an ongoing scramble for publishers to get the book out and on shelves ahead of the Thanksgiving and Christmas shopping rush in the United States.

The explosive memoir will, as per the Duke of Sussex’s own admission, touch upon the "experiences, adventures, losses and life lessons that have helped shape him" over the past four decades of his life.

A source close to the couple also revealed that Harry had given his ghostwriter JR Moehringer – a Pulitzer Prize-winning author – access to unseen documents as they "spent months going through his private photo album, journals, emails and so forth" to piece together a complete picture of his life so far.

The source said: "This narrative that Meghan essentially stood over Harry as he wrote the book is way off the mark."

Speaking to HeatWorld, they then continued: "It naturally brought up some extremely raw feelings and surprise anecdotes, many of which came as a huge shock to Meghan when she read through the manuscript.”