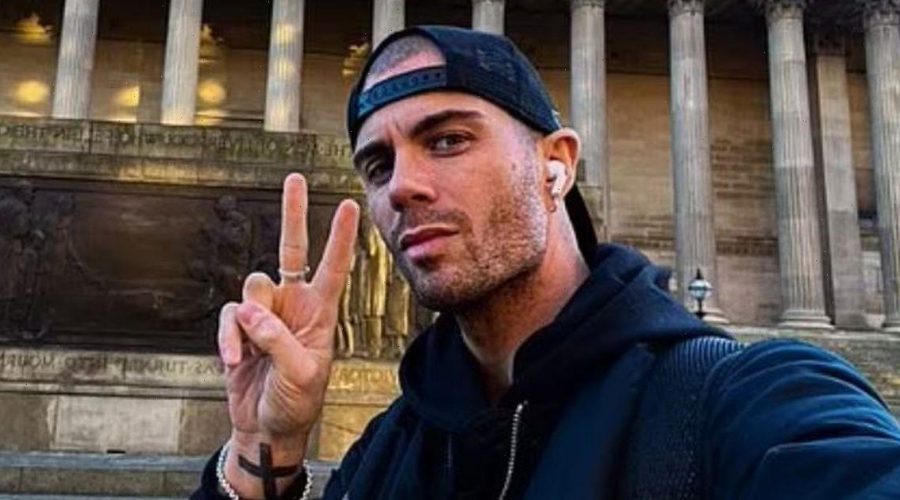 Max George appears to have covered up a tattoo he previously had of ex-girlfriend Stacey Giggs’ name.

The pair first began dating in 2020 and, over the course of their romance, singer Max, 34, got Stacey’s name tattooed across his wrist.

In a new snap shared to Instagram however, the Glad You Came singer appeared to debut a new tattoo which looked to cover up Stacey’s name amid his blossoming romance with new girlfriend Maisie Smith.

In a now-deleted snap shared to his page, Max posed for a selfie as he flashed a peace sign with his left hand. It was here people spotted that he now has a large black crucifix across his lower arm, with part of it looking to cover up where his ex’s name once was.

Max has had a string of new inkings of late, including one that paid tribute to his late friend and The Wanted bandmate Tom Parker.

He got the new tattoo on what would have been dad-of-two Tom’s 34th birthday in early August.

Tom died on 30 March after a two-year battle with inoperable brain cancer.

Sharing a photo of his bare chest on Instagram, Max showcased this new tattoo that was placed just below his collarbone of Tom’s date of birth.

Since then, Max has undergone a gruelling seven hour-long tattooing session after he got a lion portrait on his inner arm.

In a clip shared of him getting it done, Max says to the camera: “I need a break but I’m not allowed one apparently.”

“It’s swelling up now!” Max added before he headed back to the bench for the tattooing to continue.

Max has a series of other tattoos as well, including one on his left shoulder.

His apparent decision to get Stacey’s name covered up comes as he and Maisie continue to put on a loved-up display on social media.

As Maisie continues her Strictly Ballroom The Musical tour, Max took to Instagram to gush about her performances.

"Been to watch @strictlyballroomtouruk a few times this week… it’s SO good,” he began. “Massive shoutout to @keviclifton who smashes the role of Scott…. You’re so talented mate.

“And to my girl @maisiesmithofficial , you absolute powerhouse, you are incredible. I knew you could act and dance amazingly, (I mean you knocked me out of Strictly so you must be insane)… But that voice…. It’s honestly perfect. I’m so proud of you.”