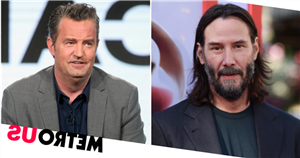 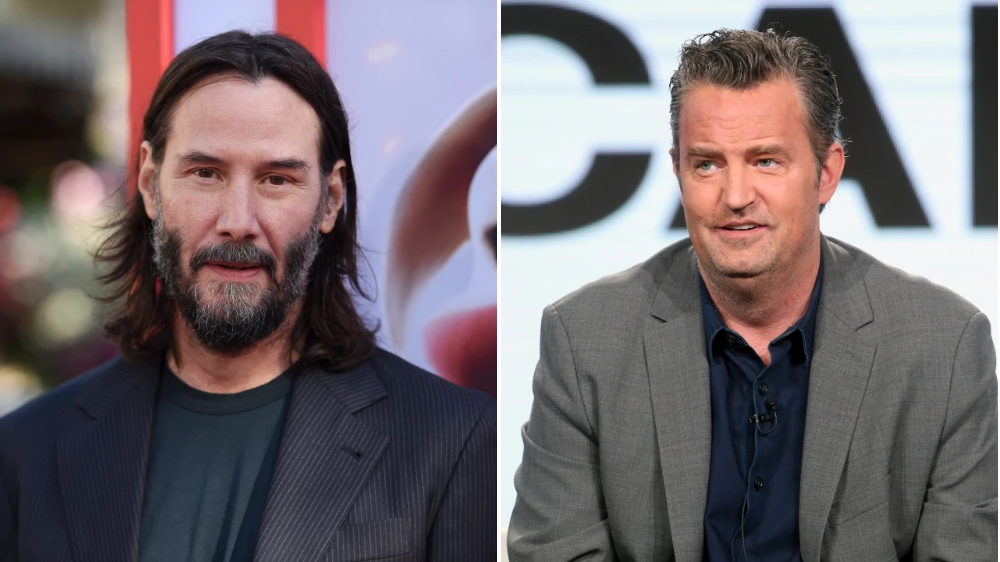 Matthew Perry has revealed some certain, perhaps a little resentful, feelings towards Keanu Reeves in his new book.

The 53-year-old Friends star, who played the funny and sarcastic Chandler Bing on the popular US sitcom, has opened up about his life, the highs and lows, in a new autobiography.

However, one comment he’s made about John Wick star Keanu may raise eyebrows.

He wrote, according to reports: ‘Why is it that the original thinkers like River Phoenix and Heath Ledger die, but Keanu Reeves still walks among us?’

Matthew made his first film, A Night in the Life of Jimmy Reardon alongside the late River Phoenix, who was longtime pals with Keanu.

The Friends actor himself became friends with Phoenix, and wrote about his death from an overdose in 1993 at the age of 23, according to Page Six: ‘River was a beautiful man inside and out and too beautiful for this world, it turned out. It always seems to be the really talented guys who go down.’

It wasn’t the only time he took an apparent dig at Keanu, as he went on to reflect on the death of Saturday Night Live alum Chris Farley, who also died after an overdose in 1997, at the age of 33.

He wrote: ‘I punched a hole through Jennifer Aniston’s dressing room wall when I found out. Keanu Reeves walks among us.’

It’s not entirely clear why Matthew made the comments (and if they were serious) about Keanu, who has enjoyed what has been dubbed a ‘Keanissaince’ since 2019, when he was named the internet’s boyfriend, with his career reaching a new peak.

Matthew’s memoir is an anticipated release for the year, and in excerpts released so far have charted everything from the breakdown of his relationship to Julia Roberts, to his quest for sobriety, with him opening his book with the revelation he almost died a few years ago aged 49.

Revealing he’s spent $9million (£7.9m) on trying to get sober, while promoting the book this week the actor reflected on having spent more than half of his life in treatment centres or sober living facilities by the time he was 49, having been to rehab 15 times as he struggled with relapses over the years.

Friends, Lovers, And The Big Terrible Thing will be available from November 1.

Frank offers confidential advice about drugs and addiction (email [email protected], message 82111 or call 0300 123 6600) or the NHS has information about getting help.

Adfam has local groups for families affected by drugs and alcohol and DrugFam offers phone and email support to people affected by other people’s drug or alcohol misuse.